A passion since childhood: Why this restaurant owner is obsessed with the Nizam of Hyderabad

Muzammil Rizwan Khan is fond of collecting items related to Nizams of the princely state of Hyderabad in India. He recently bought a pistol at an auction in the UK and imported it to Australia to display in his restaurant which has already Nizams' historical pictures and a Rolls-Royce.

Muzammil's restaurant in Padstow in Sydney is decorated with items related to the Nizam of the princely state of Hyderabad which is now part of India. While talking to SBS Urdu he says that he is fond of collecting items and pictures related to Nizam of Hyderabad.

The Nizams were the rulers of Hyderabad from the 18th through the 20th century. Nizam of Hyderabad was the title used by the monarch of the princely state Hyderabad.

Nizam, shortened from Nizam-ul-Mulk, meaning Administrator of the Realm, was the title inherited by Asaf Jah I, who served as a viceroy of the Deccan under the Mughal Empire from 1713 to 1721 and founded the Asif Jahi dynasty.

"Its been my passion from childhood to collect such things and I have collected all these in Australia to display in my restaurant", he tells. 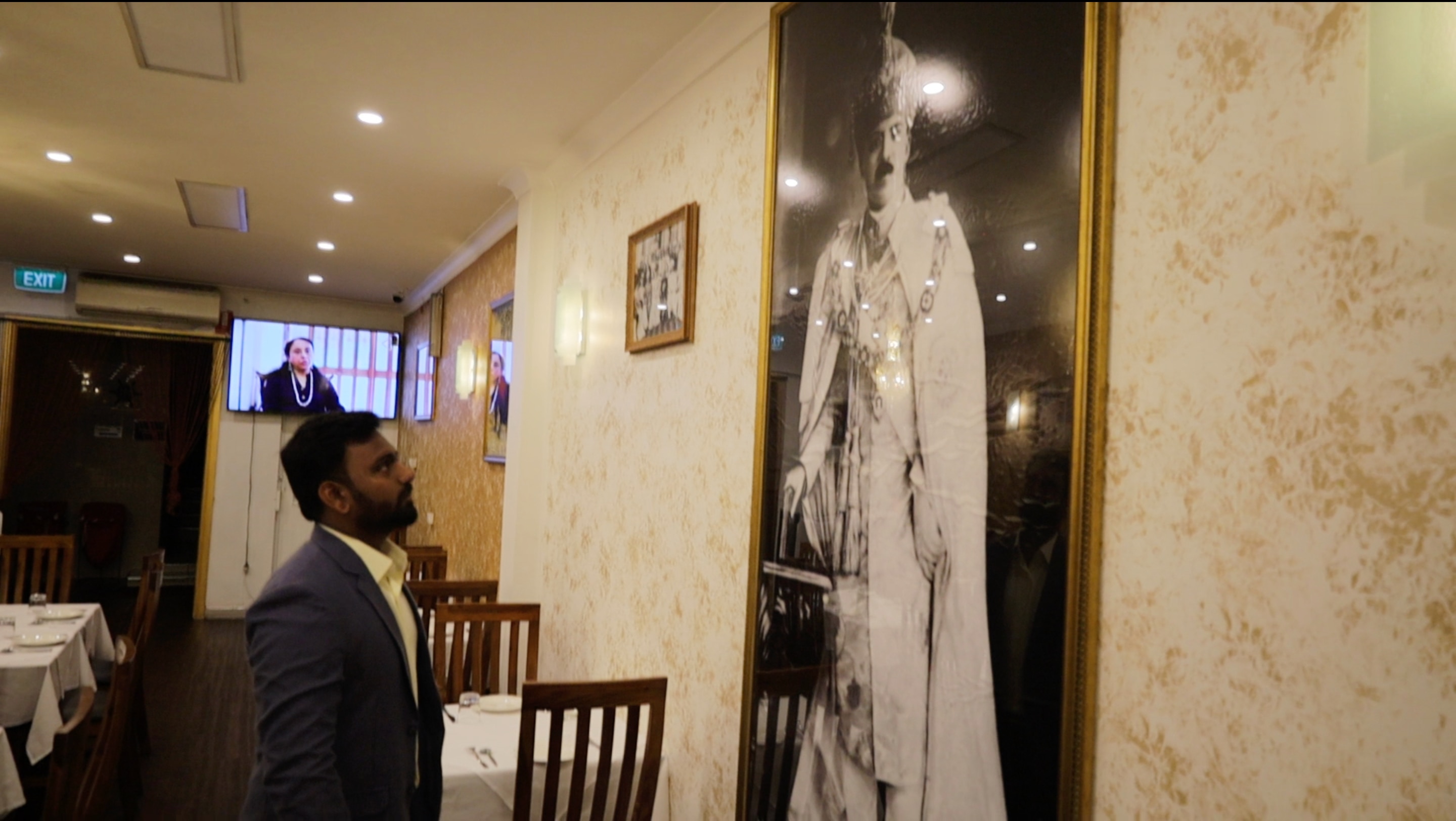 In the middle of his restaurant, he has a huge portrait of Nawab Mir Osman Ali Khan, who was the seventh Nizam of the princely state.

Muzammil also has a Rolls-Royce parked in his restaurant which he relates to Nizam's love for the brand. " Nizam was fond of Rolls-Royce and that's why I have one in my restaurant", he added. Muzammil recently bought a pistol which was originally gifted to the Nizam by the British East India Company in an auction in the UK.  He says that when he heard about the pistol he became passionate to buy it in the auction and import it to Australia.

It is a .650 Flintlock cavalry-pistol, built-in 1825 for the Nizam Of Hyderabad's arsenal and one of a number retailed in the 1970s by Holland & Holland, with a rampant lion trademark, "When I heard that Nizams' pistol was in an auction in the UK. I decided to take part in the bidding because I believed it is Hyderabad's legacy and must be owned by a Hyderabadi. I took part in the auction and thankfully I won it.", he tells. Muzammil says to bring the pistol in Australia was a hard nut to crack but by providing all the relevant information to the Australian border force he was successful in importing the pistol to Australia.

"I am happy to have it and I will display it in the restaurant so that the people coming to my restaurant can also see this historical pistol," he says. In the restaurant, the display screen plays a documentary about the necklace Nizam gifted to then-princess Elizabeth. The walls of the restaurant are decorated with Nizam's pictures and historical events of Hyderabad.

I am really excited to get postcard signed by Nizam as it is not about money it is about passion.

Muzammil says that he is also going to take part in bidding where Nizam's signed postcard is placed for auction.

"I am really excited to get that one also as it is not about money, it is about passion."

He says that he is committed to buying more things in the future which are related to Nizams of Hyderabad.