Assyrians in Sydney on Sunday 27/3/2022 celebrated Assyrian New Year 6772 at the Fairfield showground.

As expected, more than fifteen thousand people attended this year’s festival. They ignored the harsh weather and rain to celebrate one of the most important days in the Assyrian Calendar, The Assyrian New Year.

Part of the crowds
AANF.jpg

Some of the highlights of this day were the art exhibition of Assyrian artists Edwar Haydo and calligrapher Ishaya Khaia.

Edward Haydo showcased his portraits of Australian Prime Ministers dating back from the establishment of the Australian commonwealth until today.

Many of the Australian federal and state dignitaries who attended the exhibition were impressed by the beauty of the portraits and Member for Prospect Dr. Hugh McDurmett said: "they should be on display at the Australian Parliament House". 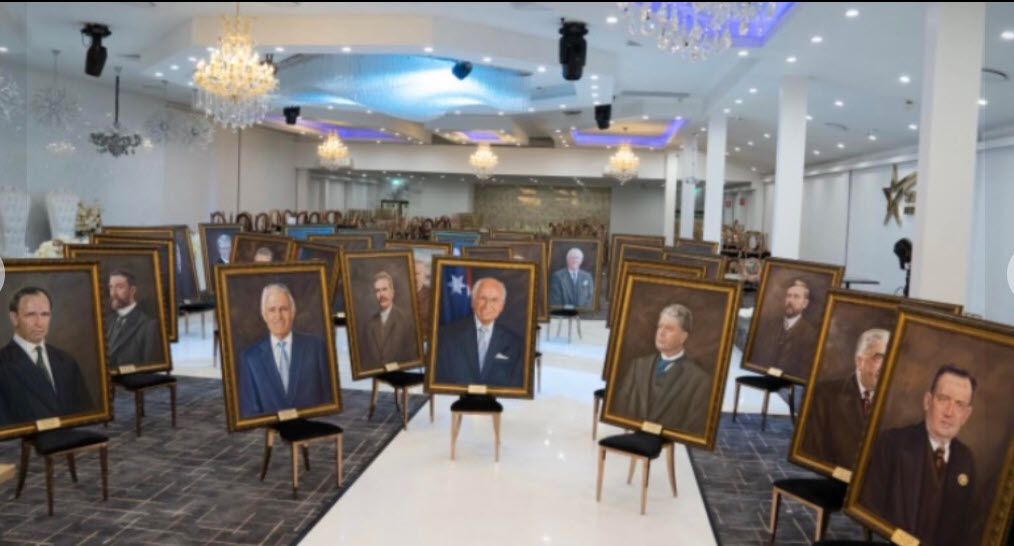 Portraits of Australian Prime Ministers Edaward Haydo been working on for over a year
Edwar.jpg

In this exhibition, Ishaya Khaya illustrated his talents in the Assyrian, Arabic and English calligraphies of his work.

After that, the official ceremony began and many dignitaries representing federal, state and local governments delivered their speeches, and everyone praised the Assyrian community and confirmed their understanding and support for the Assyrian plight in their homeland. Iraq. 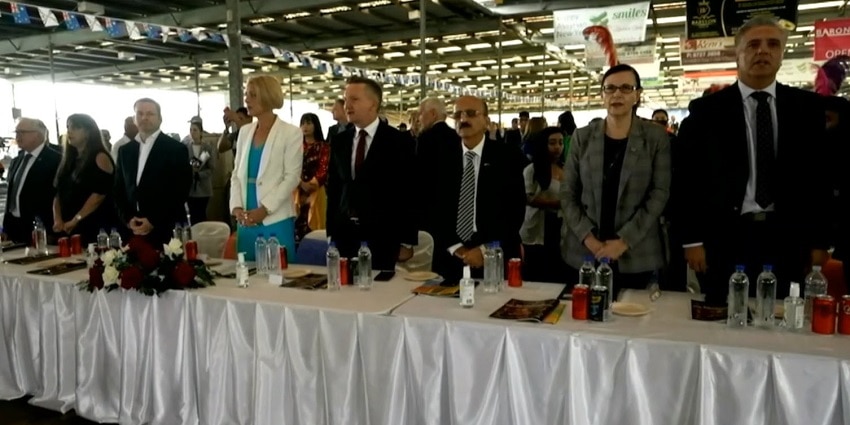 Singer and performer Niramsin Yaku showcased his performance alongside thirty other young talents in a mishmash Assyrian/English song he recorded previously with famous Assyrian singer Juliana Jendo. The show included a parade of motorcycle riders that circled the floor of the showground. Every year, the organisers present awards to some individuals who served the community and in different fields.

The Assyrian woman of this year went to solicitor Suzy David for her work for decades on the Assyrian genocide and plight. 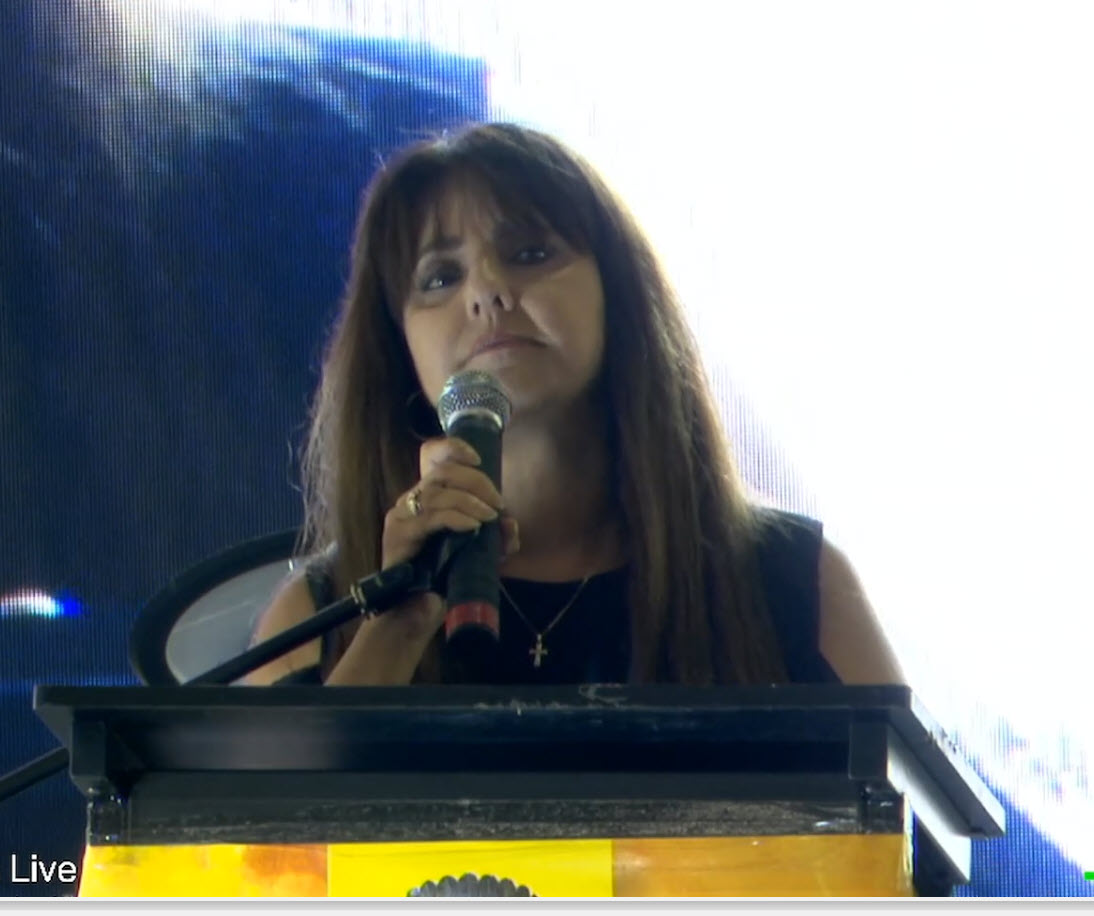 Assyrian man of the year was awarded to Mr. Benjamin Benjamin for his work over decades serving the community in Assyrian language and literature. The community service awards went to Dr. Maryam Joseph for her hard work serving the community during the COVID-19 pandemic. Dr. Joseph dedicated the award to all Assyrian doctors in Australia who also played a big part in educating the community about the pandemic. 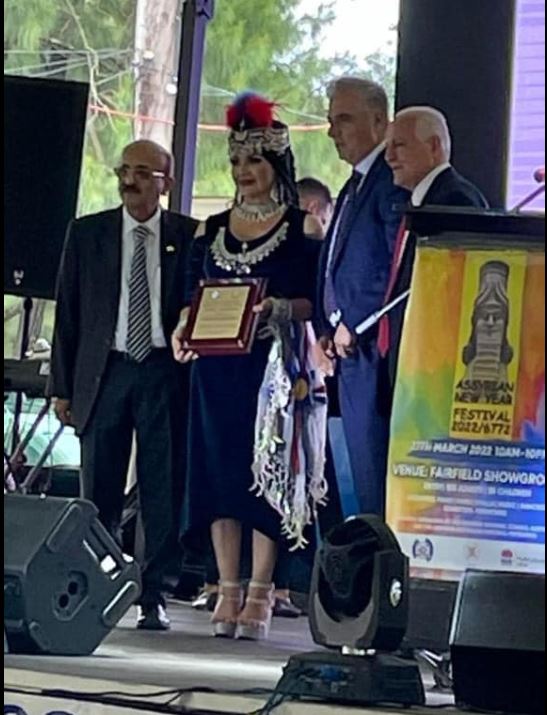 One emotional presentation hit the crowd when another community service award went to Mrs. Mariam Khamis who attended the presentation despite her being unwell. She accepted the award and thanked the organisers for this honour. The Assyrian New Year celebration usually starts with the entrance and procession of the King and the queen, who then declare the celebration to start. The entrance of the King and the Queen
AANF.jpg

From this moment onwards, a wave of thousands of Assyrian youths flooded the grounds of the showground with Assyrian flags, many wearing dresses and shirts with Assyrian symbols and pictures and started the traditional Assyrian dances. Many local singers and bands added national and folkloric songs and music.

The Skye above the showground was lit by the fireworks that brought joy to everyone.

The night concluded as every year tradition with Assyrian National songs. Tens of youth climbed the stage and hundreds more on the floor sang together and waved Assyrian flags to finish this beautiful day with nice joyful memories Until next year’s celebrations, Happy Kha Bnisan ( April first) to everyone.