Anushka slams Gavaskar for ‘distasteful’ comment, who denies blaming her for Kohli’s performance

Bollywood star Anushka Sharma, who is married to Indian cricket captain Virat Kohli has called out Sunil Gavaskar’s comment during an IPL match as 'a sweeping statement on a wife accusing her for her husband's game.' In a sharp rejoinder, the cricket legend says he never blamed her for Virat Kohli's poor performance and that his words have been taken out of context.

Last Friday during an IPL match being played in Dubai between Royal Challengers Bengaluru and Kings XI Punjab, the RCB captain Virat Kohli dropped two catches and could only score one run off five deliveries.

During the course of the commentary, cricket legend and former Indian captain Sunil Gavaskar said in Hindi "During the lockdown Virat was only playing to balls bowled by Anushka," which has caused a furore, since some people believe that he is blaming Anushka Sharma for her husband's on-field performance.

Here is the video we all have been talking about. #Gavaskar #AnushkaSharma #ViratKohli @imVkohli @AnushkaSharma #ipl #rcb #SunilGavaskar pic.twitter.com/aCRtB6Pr2x

The Bollywood star called out these remarks as "distasteful", demanding an "explanation" from Mr Gavaskar through an Instagram post.

.@AnushkaSharma responds to Sunil Gavaskar's unnecessary comment on her and Virat during RCB's match against KXIP yesterday 👏 pic.twitter.com/Jg3XJ657sq

She wrote, "It's 2020 and things don't change for me. When will I stop getting dragged into cricket and stop being used to pass sweeping statements."

Sunil Gavaskar responded to say that he never blamed Anushka for her husband's dismal on-field performance and was only in fact referring to a video which went viral earlier this year, which showed Virat Kohli and Anushka Sharma playing cricket at home during lockdown.

Hear about this, in this week's edition of Bollywood Gupshup, as also the news about Akshay Kumar posing with fans in Glasgow whilst shooting for Bell Bottom, Salman Khan back on the sets of Big Boss and the passing of acclaimed playback singer SP Balasubramaniam, who sang thousands of film songs in six different languages. 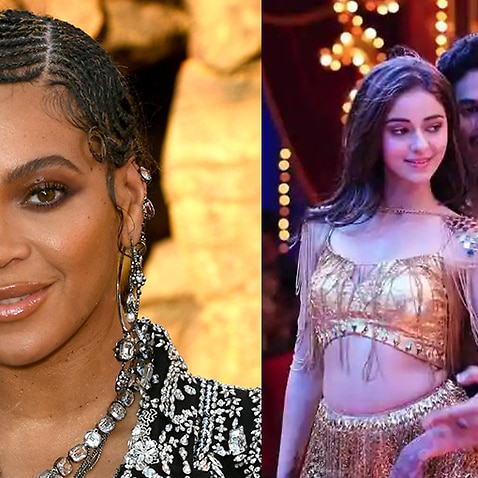