Australia ceases to remain amongst the top 10 clean nations but has maintained the current spot since 2014.

While Australia hasn't dropped any places since last year, some say it's failure to climb the ranks reflects a need for stronger anti-corruption measures.

Transparency International's annual Corruption Perceptions Index ranks 180 countries on the transparency of their dealings in the eyes of experts and businesspeople.

The survey measures perceptions of the use of public office for private gain, nepotism, bribery, anti-corruption systems, the diversion of public money and state capture -- which is when private interests influence a state's decision-making processes to their own advantage.

“We used to rank among the top ten least-corrupt countries, and we fell out of that league of world-leading nations in 2014. We’ve continually failed to lift our game. One reason, I think, is that we have not put in place a robust anti-corruption and integrity system,” said Ms Lillywhite.

The 2018 Index comes a few months after the Coalition gave in to pressure to set up a new Commonwealth Integrity Commission.

However, some politicians and academics say the commission's capabilities, as described, are too limited.

Attorney-General Christian Porter says the Commission would have two divisions, focusing on law enforcement agencies and the public sector.

The latter division would include senior public servants as well as politicians, but it wouldn't hold public hearings into allegations of corruption against them.

Yee-Fui Ng , a Senior Lecturer at Monash University's Faculty of Law, is one of those critical of the commission's current form.

A survey by Griffith University and Transparency International last year found trust in federal and state levels of government had fallen in the previous year to 46 per cent.

Trust was especially low for those who'd worked in the federal government.

Ms Ng says this reflects the need for anti-corruption reforms in addition to a revised Commonwealth Integrity Commission.

“There's a whole raft of reforms we could put in to try to restore the public faith in our democracy. There could be a code of conduct for members of parliament and also reforms of the political donation system,” she adds.

“Opportunities for nation-building reform just don't come up very often and so we need to ensure that we get the very best anti-corruption agency that we can. It needs to have the investigative and coercive powers of a royal commission -- and of course, it needs to be able to hold public hearings and investigate matters involving federal politicians,” say she.

Overall, Denmark led the 2018 Index as the least corrupt nation, with a score of 88.

It was followed by New Zealand, Finland, Singapore, Sweden and Switzerland.

But more than two-thirds of countries scored below 50 on this year’s Corruption Perceptions Index, with an average score of just 43 out of 100.

Transparency International says a link can be drawn between corruption and the health of a democracy.

Democracies it deemed “full” scored an average of 75 on the corruption index, so-called “flawed” democracies averaged 49, and autocratic regimes averaged 30.

Launching the report in Germany, Transparency International Chairwoman Edda Mueller said corruption is more likely to flourish where undemocratic and populist politicians can use power to their advantage.

“Corruption thrives when the rule of law and democratic institutions are weakened, and the scope for civil society and independent media is reduced. We find clear examples of this in our Corruption Perceptions Index,” says Ms Mueller.

The United States dropped by four points from last year to 71, falling out of the top 20 for the first time since 2011.

Since 2012, only 20 countries have significantly improved their Corruption Perceptions Index scores, including Estonia, Senegal and Côte D’Ivoire.

In that same time, 16 countries have significantly decreased their scores, including Chile, Malta, Hungary and Turkey.

As in previous years of the survey, many other countries near the bottom of the Index -- African nations such as Yemen, South Sudan, Somalia and Syria, with scores as low as 10  -- have been gripped by conflict.

To listen to this feature in Punjabi, click on the player at the top of the page. 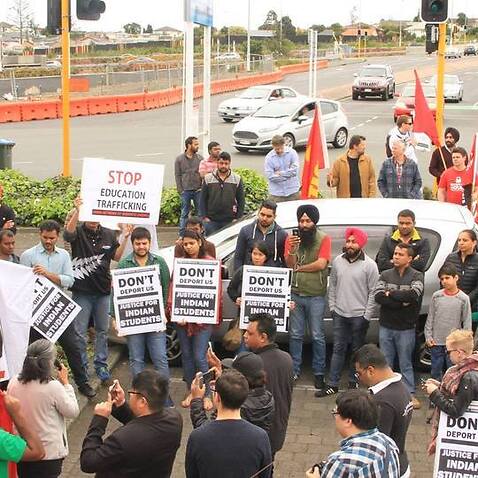