The experiences of two Syrian refugees - who arrived in Australia five years apart - shine a light on the settlement services offered to people who arrive with a visa, and those who arrive by boat.

Since settling in Australia as a refugee from Syria, Manal Al-Naddaf has dedicated a lot of her time learning new English words.

Arriving with her daughter Nancy and her husband Raed, she hopes to begin studying law at university.

The idea of having a career excites her: "I would love to study law, to be a lawyer, or more, a judge. I like to side with the oppressed."

When the civil war broke out in Syria, the 32-year-old fled with her husband to Iraq, and from there the couple, Ms Al-Naddaf's father, sister, and her sister's children applied for asylum via the Australian government's online portal.

They were granted passage to settle in Melbourne in late 2018. 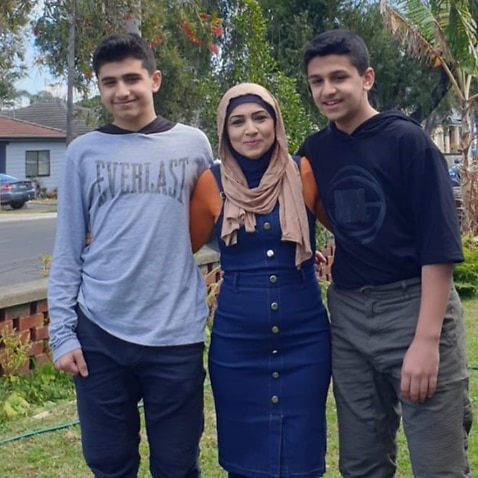 Their asylum journey was quick and left a good impression of their new home country.

"We knew that Australia is our country, and this is the first step to settle here," Ms Al-Naddaf said.

Her husband works in construction and is also hoping to enroll in a university course.

“We are now seeking financial stability, we plan to work and study at the university, then the dream is to own a house," she said.

"This is the dream of all people to own a house that makes them feel stable.”

On the other side of the coin, the experiences of settling in Australia have been far different for Syrian refugee Manar Ghunaim, who came by boat in 2013.

She believes that since arriving, Australia has treated her and her family “unjustly”.

“I did not expect this from Australia, to treat us as if we are second-class citizens. We were told ‘you came by sea so you can’t do this. You can’t do that’."

She said she waited seven years before obtaining a protection visa that didn’t require renewal every three months.

When she obtained her three-year protection visa, she immediately joined a course to become a pathology lab technician.

However, the waiting period and the anxiety of not knowing whether she would be rejected left the 30-year-old refugee disillusioned with her new country.

“I lost many years of my life waiting. I came here young.

"If I had been given a protection visa [when I arrived] I would have citizenship by now and could enter university, it was a difficult stage of my life."

Applying vs arriving by boat

The differences in the experiences of refugees in Australia aren’t limited to those of Ms Ghunaim and Ms Al-Naddaf.

About 50,000 people arrived in Australia by boat over the past decade, according to the Australian Refugee Council.

The government announced that it planned to allocate 18,750 humanitarian visas to refugees in 2020. She said the government-run refugee and humanitarian aid program is designed to support refugees who come to Australia after making an official request from abroad.

And while those who arrive by boat may also need the same assistance, they very often do not, she confirmed.

"The problem is that [people who come by boat] come without a valid visa, that’s why when they arrive in Australia, they do not have access to the same services in Australia," she said.

She said most of the services are necessary, especially the classes focusing on learning English or finding a job.

As such, Ms Agha is calling on the government to offer the same level of assistance for refugees on both sides of the coin.

“Those who have a valid visa can access financial support from Centrelink. They have the right to learn English or join universities. Those who don't have this visa, unfortunately, don’t have access to those rights.” Ms Al-Naddaf and her husband's life revolves around their four-year-old daughter Nancy.

After moving to Erbil, in Iraq, they noticed that Nancy's morale had dropped.

Nancy’s father was working 14 hours a day to support the family, and Ms Al-Naddaf was worried about leaving the house in their new city. The child’s condition was her mother's main concern.

"She went through a difficult psychological state. That was what concerned me the most.

“This changed immediately [after coming to Australia] because my husband was with us at home, and there are large gardens to play in. Her state of mind changed quickly. She got even better when she started to go to Kindergarten."

Since they arrived in Australia, Nancy has learned many English words in Kindergarten, and she loves to draw. 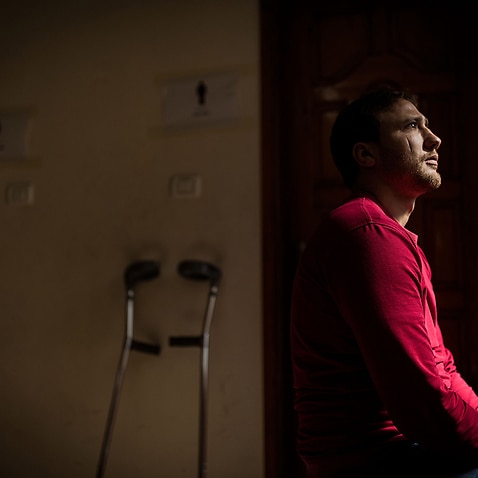 Ms Al-Naddaf sees a brighter future for Nancy in Australia and hopes that her daughter is able to follow her dreams in the years to come.

"I hope she achieves whatever she wants. (..) We have a shortage of dreams, all we wished for did not materialise. There was a shortage of hope. so I hope my daughter can do anything she dreams of.”

Ms Ghunaim, on the other hand, said she’s trying to leave Australia.

She got married and her husband lives in New Zealand.

Ms Ghunaim unsuccessfully attempted to obtain a visa for her husband to come to Australia and settle with her.

As a result, she's now seeking to leave and start a new life in New Zealand. She feels that Australia has let her down.

“I expected to come here and receive protection from Australia, but Australia has an issue with boat refugees. Other refugees are okay. But not us.”