Members of the Australian Afghan community are contributing to international efforts to help the babies who lost their mothers during the devastating Kabul maternity ward massacre.

Offers of sponsorship, messages of love, money and even an artwork donated by an asylum seeker in detention, have been sent by Australia’s Afghan community following the Kabul maternity ward attack of May 12.

They opened fire, killing at least 24 people, including 16 women and two newborns.

The attack on the 100-bed clinic was designed to deliberately "kill the mothers", Doctors Without Borders said. 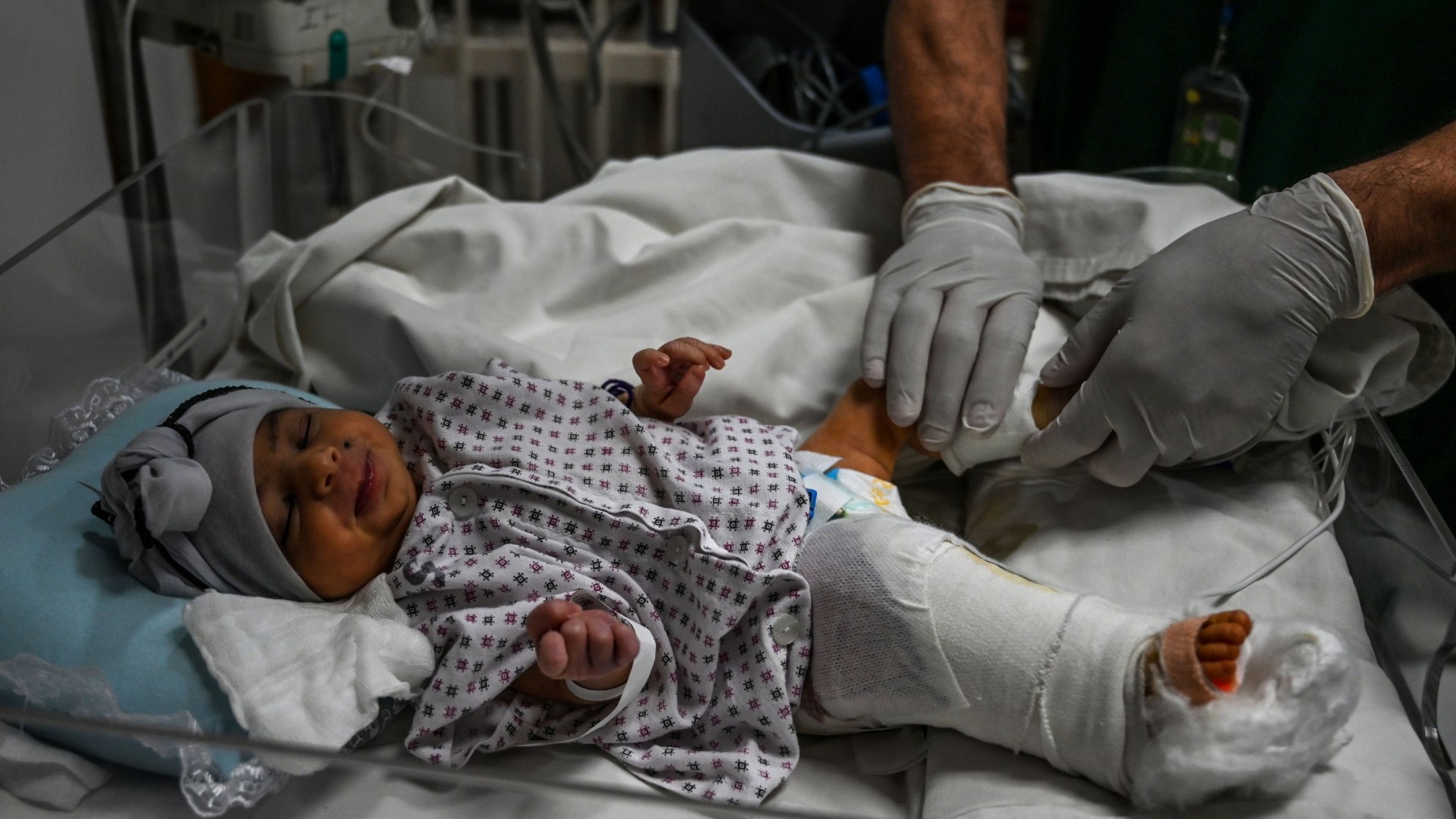 Newborn baby Bibi Amena receives treatment for gun wound in her right leg as she has been rescued and brought to FMIC after losing her mother.
Getty Images

“Devastated” by the “barbaric attack”, Australian Afghan communities have stepped up in the week following the shooting.

Several online and family fundraising efforts are underway to help the victims’ families already devasted by unemployment and the economic impacts of the COVID-19 pandemic.

A Facebook fundraiser by the Adelaide based charity Baba Mazari Foundation, which provides emergency relief to people in Afghanistan, has so far raised more than $3,400.

The charity said it was “devastated by the barbaric attack on the maternity hospital in west Kabul” and was approached by many Australian families wanting to sponsor the babies.

Swan Hill resident and activist Rohullah Hussaini, 32, started his own GoFundMe campaign to support the victims of what he describes as a “very, very brutal” and “cowardly” attack. 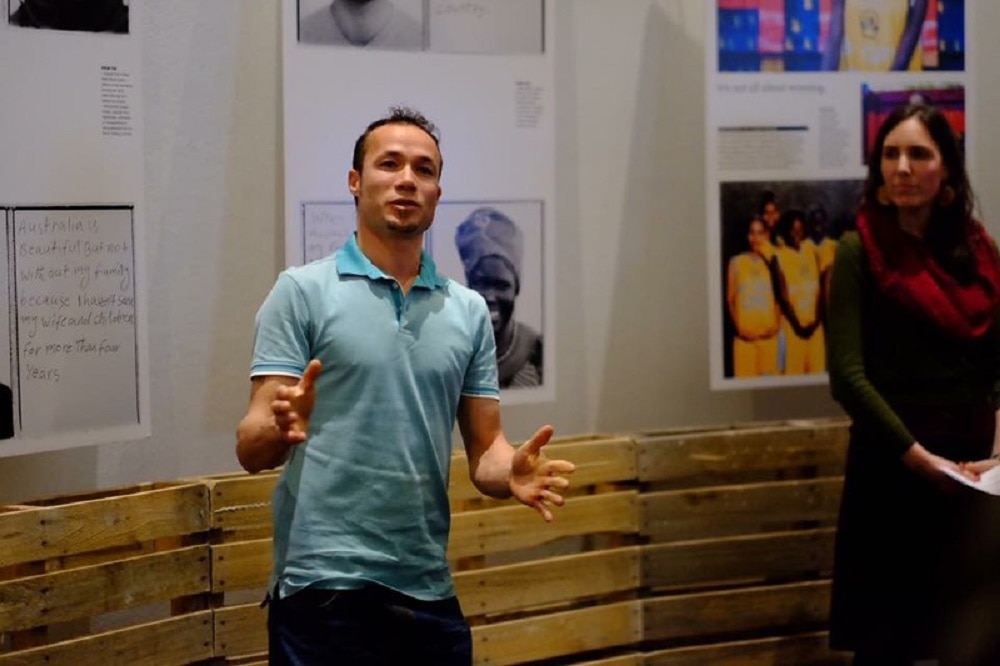 “As you know, nearly 24 human beings, mothers and babies were put under fire, … with the help of friends, we have set up a fundraising campaign to raise some money for people who have lost their family members or sustained injury,” he said.

Sydney based lawyer Arezo Safi said she had donated to a French Medical Institute for Mothers and Children- FMIC’s fundraiser.

The organisation is treating baby Amina whose mother was shot dead in the attack 11 hours after giving birth to her and she was wounded by multiple gunshots.

“The sight of newborn babies lifeless, and the seriously injured babies stayed with me the whole week. It was a pain I could not bear. It was not something I could ignore,” Ms Safi wrote while sharing FMIC’s fundraiser page on her own Facebook page.

Like many other Afghan diasporas, Mr Hussaini and his wife Nooria - currently living in Afghanistan- first decided to adopt one the infants who have been left motherless due to the attack.

Due to the difficulties in bringing their adopted child with their own three-month-old baby girl to Australia, Ms Hussaini agreed to breastfeed the baby while her sister’s family would be the legal guardian of the infant.

But negative social media reactions to the idea of full adoption made him realise this option could prove to be “putting salt on the families’ wounds”.

“For now, to some extent the adoption option has its own difficulties, even it looks like a red light that might be impossible because it’s a tough reality,” he said.

“And for those who have lost their wives … it could be both help and putting salt on [their] wounds. 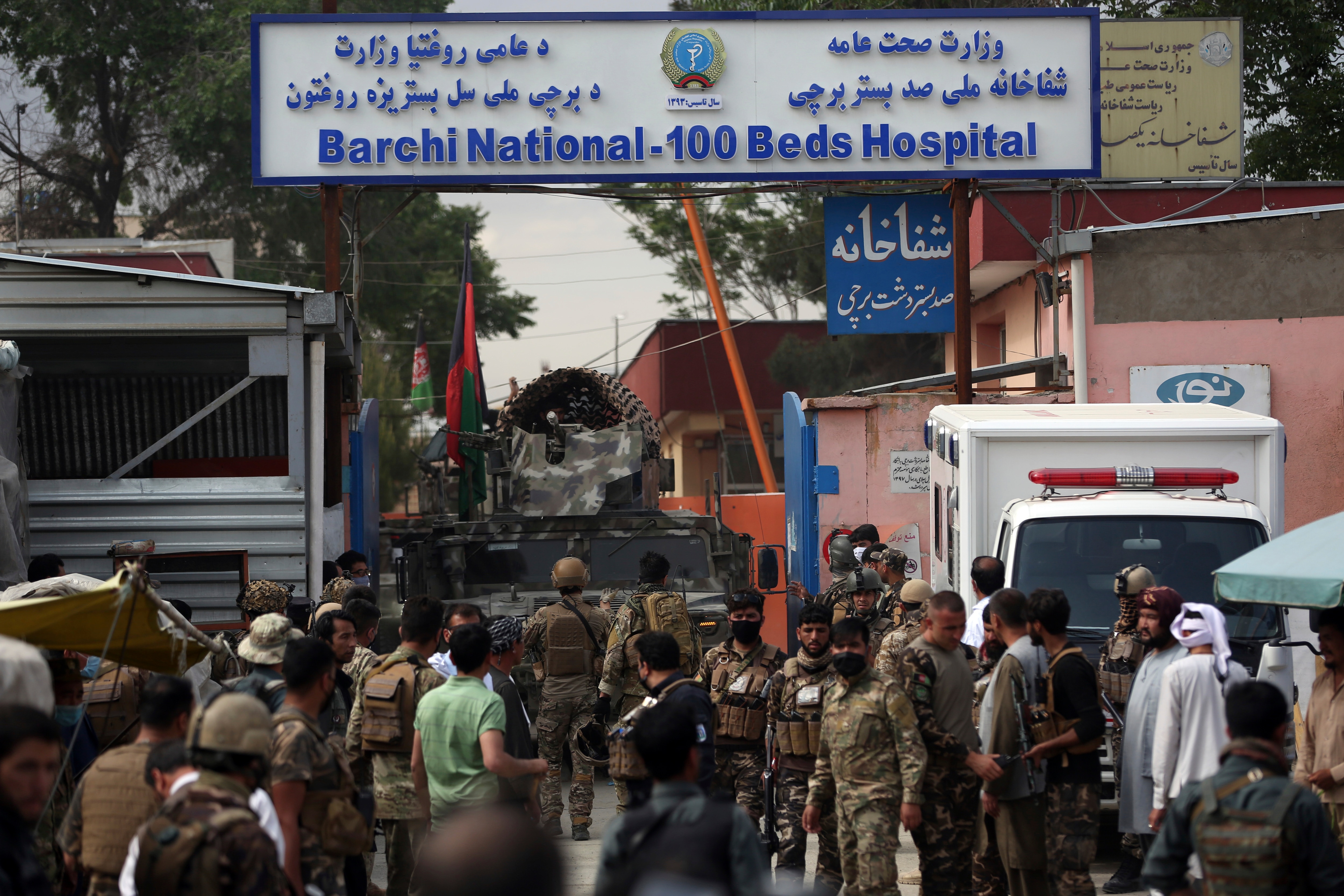 “My friends have spoken to some of the families who have lost these mothers, and they don’t want to give their children away.”

Meanwhile, many local women have volunteered to breastfeed babies whose mothers were killed in the attack.

A photo from the aftermath of the attack showing a woman lying lifeless on the ground while still holding on to her baby who reportedly survived, has become prominent around the world.

Asylum seeker and artist Naser Moradi who is currently being held at Melbourne Immigration Transit Accommodation (MITA) has painted the image. Hazara asylum seeker Naser Moradi has donated his artwork and asked his friends to auction the painting to help the babies.
Supplied

Mr Moradi has used his more than five years in the detention facility to learn how to paint.

He has so far created more than 150 artworks which have been exhibited several times.

Unable to help otherwise, Mr Moradi has donated his artwork and asked his friends to auction the painting to help the babies.

“Only the savagest of predators would attack both mother and newborn, not to survive but with the political intent to breed fear. They savage new life in order to give birth to the life of fear,” Mr Moradi wrote on Facebook sharing his painting.