Taliban fighters arrested and tortured a Hazara man because of his Australian-based brother’s efforts to raise funds for refugees fleeing Afghanistan in the years leading up to the fundamentalist group's takeover of the country in August last year.

Hazara Community leader, Mohammadmir, spoke to SBS Dari about how his own fundraising back in Australia had led to his brother’s torture at the hands of the Taliban in Afghanistan earlier this year.

He says the Taliban’s intelligence unit commander in Jaghori District of Ghazni province arrested his 45-year-old brother Zahir near his mechanical workshop on February 5 and “severely tortured” him for 11 days.

“When (Taliban chieftan) Anas threatened my brother and family, he said that 'we have the ability to kill your brother in Australia. You are nothing to us and everywhere you go, we can hunt you down and eliminate you’,” Mohammadmir said.

He said the Taliban accused Zahir of helping to distribute Australian aid among the group's opponents during its 2018 assaults on the Hazara districts of Jaghori and Malistan.

The Taliban launched an assault on the two previously safe districts in the central province of Ghazni in November 2018 before being pushed back by the Afghan military and local resistance fighters.

Thousands of civilians fled their homes during the clash.

“In the Taliban’s attack on the Malistan and Jaghori districts in 2018, during which many families were displaced from these two areas, most human rights organisations, particularly the Shahid Baba Mazari Foundation in Australia, opted to raise funds to provide immediate humanitarian relief to those impacted by the Taliban’s war,” he said.

“I was involved in the fundraising efforts.

SBS News: This family from Afghanistan is taking legal action against the Australian government as they seek a reunion

“They (the Taliban) accused my brother of being involved in the fundraising and helping the Taliban’s opponents as well as distributing the aid. However, he wasn’t involved at all.”

Mohammadmir said that the Taliban intelligence commander in Jaghori, known by the single name of Anas, raided his family home twice during the 11 days of Zahir’s captivity, searching for weapons, threatening his father at gunpoint and trying to arrest Zahir’s son and Mohammadmir's second brother, Noor Mohammad.

According to Mohammadmir, when community elders pressured the Taliban’s governor for Ghazni, Anas secretly moved Zahir to the Gelan district where he blindfolded him and threatened to kill him several times before leaving him at the back of a fruit and vegetable shop in freezing conditions one night. 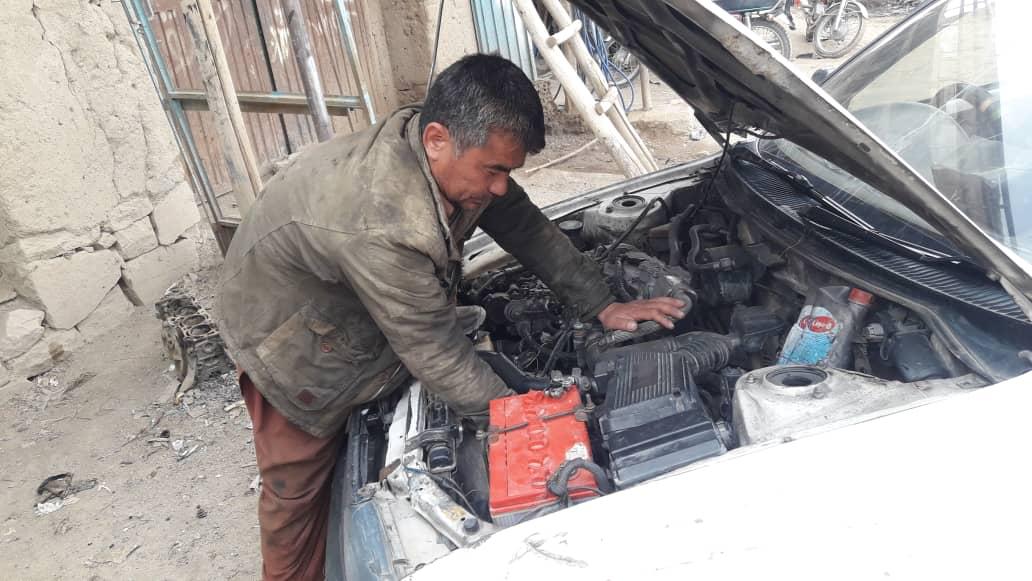 The Hazara man was arrested near his workshop.
Supplied/Mohammadmir

He said Anas had further threatened his brother to keep the payment a secret or risk the death of all his family members.

Anas told my brother ‘if you tell anyone that money was paid, we will shoot your whole family’.

In a recorded phone conversation heard by SBS Dari, Mohammadmir's other brother asks a local Hazara man, who appears to have brokered the ransom deal for a receipt for the payment.

However, the "middle man" then insists that it will be best that the money wasn't mentioned in Zahir's release papers.

In addition to that, Mohammadmir claimed that the Taliban also seized his brother’s vehicle on February 10.

Fleeing the country after buying freedom

After buying his freedom, Mohammadmir said his brother along with 24 other family members fled to a neighbouring country.

While Mohammadmir said he was relieved that the family had managed to escape Afghanistan under difficult conditions after paying a large sum of money to people smugglers, he hadn’t stopped worrying about them.

“Unfortunately, their place is not safe, and we’re worried about their futures,” he said.

He said the Taliban’s local forces in the districts had no regard for the so-called “general amnesty” declared by the group’s leader in August 2021 and were arbitrarily harassing and torturing people.

“They’re not bound by the general amnesty declared by themselves and the Taliban leadership at all,” Mohammadmir said.

“Unfortunately, they continue to harass and torture people without any reason as was the case for my brother and my extended family.”

Mohammadmir said he and his family had gone through mental torture during his brother’s captivity and the ordeal had taken a huge toll on them.

Unfortunately, we have been severely traumatised, and at the moment, the mental state of my family and myself is not very good.

“From the day my brother was released until they left Afghanistan, we were in the worst condition thinking that at any moment we might hear horrific news from inside Afghanistan, that all of our family members had been shot dead.” 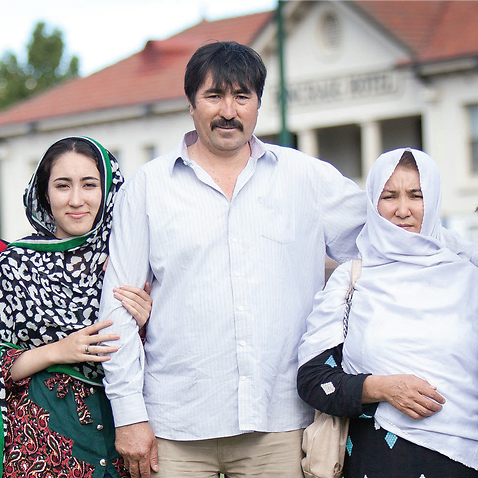 The family is now considering applying for Australia’s protection visas, joining a long queue of about 145,000 people.

But so far progress on processing more than 32,500 Afghan visa applications had been sluggish, Mohammadmir said.

According to latest government data, seven months after the Taliban takeover, only about 1000 of the 15,000 visas allocated to people from Afghanistan have been granted.