‘Beyond butter chicken’: Manpreet Sekhon on changing perceptions of Indian food in Australia

Manpreet Sekhon migrated to Australia in 2005 with the dream of running her own restaurant. Now with three openings under her belt, the 'curry queen' is shaking up Melbourne’s dining scene - and expectations around Indian food.

Eight years ago, when Ms Sekhon opened her first restaurant in Geelong, her focus was on providing diners with a better understanding of Indian cuisine.

Speaking to SBS Punjabi, the chef and entrepreneur says, “I wanted to introduce Australia to an authentic side of Indian cuisine with a modern blend." 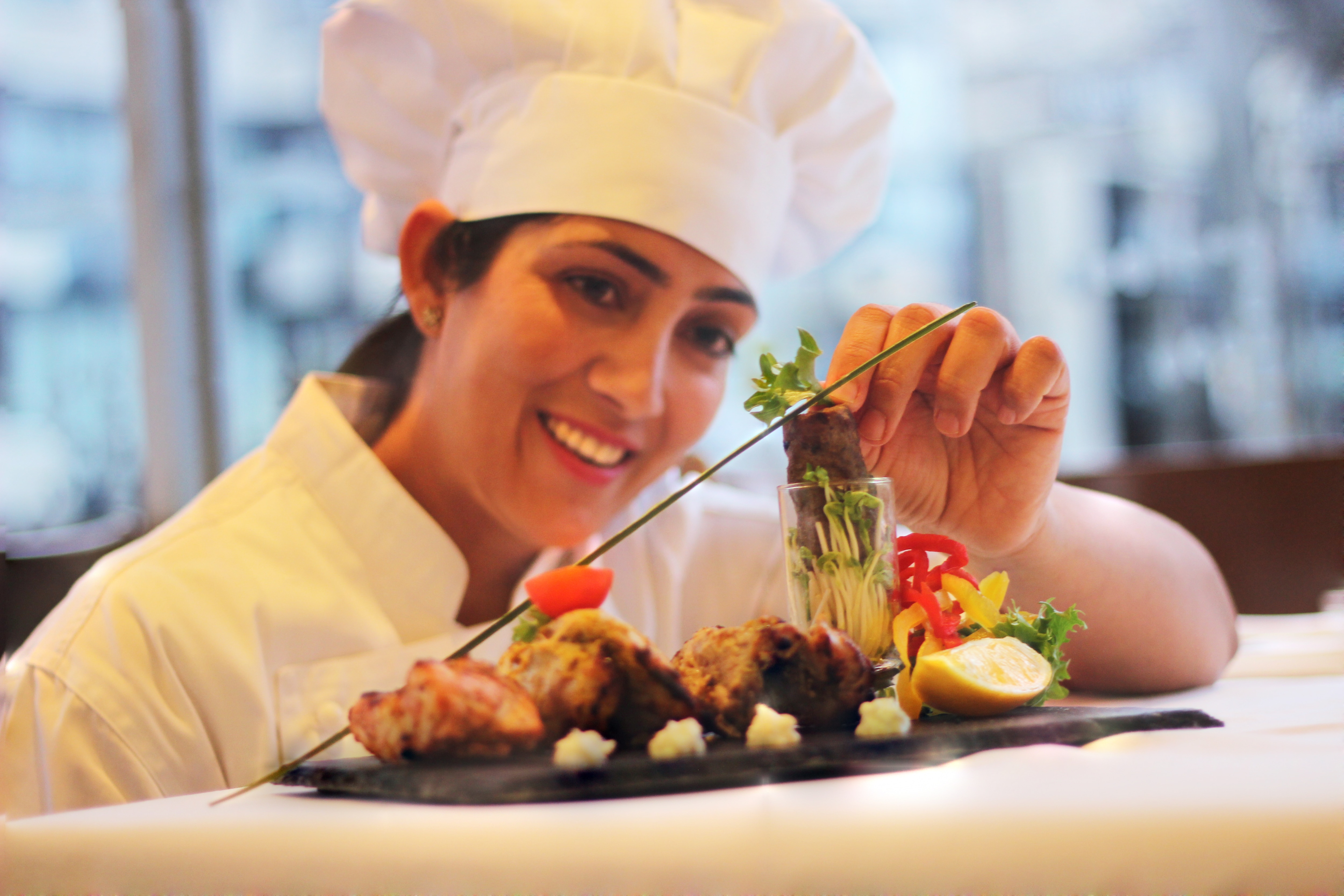 The mum of two, who is affectionately called ‘curry queen’, says she earned the nickname after her restaurant Eastern Spice was voted number one in Geelong’s Foodie Favorites poll - and it stuck.

“I was not even aware that some kind of poll was going on. Giving my customers hearty meals has been my only focus over the years.

"But when the people of Geelong lovingly started calling me ‘curry queen’, it gave me so much power to move forward,” she says.

In the years since opening her first restaurant, Ms Sekhon says she has had to contend with many forms of culinary ignorance.

“People used to question me, why isn't your butter chicken sweet? It did take me some years to change people’s perspective of Indian curries beyond certain tastes, but I am glad I did change it to some extent,” she says.

"Many cannot think about Indian food beyond red and yellow curries while Indian food contains a lot of flavours that are yet to be celebrated and accepted in foreign lands."

The restaurateur adds that she is just getting start.

“The contemporary Indian flavours I grew up with go beyond butter chicken, and I want to introduce that change in the Australian culinary landscape,” she says.

Her second restaurant, Masti in Fitzroy, Melbourne, launched during the pandemic, and it was followed recently by a third, Elchi, in the Melbourne CBD. 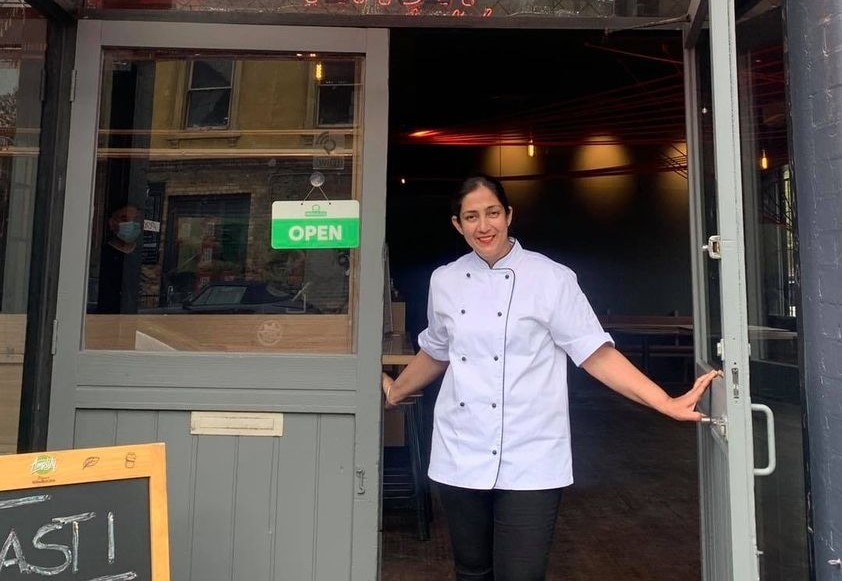 Ms Sekhon at one of her restaurants 'Masti' in Fitzroy.
Suppled by Ms Sekhon.
“I started small, but with the love of my customers, I have grown big within years,” she says.

Making a career after marriage

Hailing from Ludhiana, in India's Punjab state, Ms Sekhon was exposed to traditional Indian cuisine from a very young age.

She developed a love for the kitchen from her childhood when she would help her mother cooking. But she says her ideas only became a vision after her wedding.

She credits her father in law, Gurcharan Singh Sekhon, with helping her break stereotypes. He was the one that encouraged her to take a hospitality degree in 2001.

“Whenever I used to cook, my father in law used to be so happy and always said that my hands have some kind of magic," she says.

As a chef, Ms Sekhon worked for a five-star hotel named Park Plaza in Ludhiana for four years.

“Back in the 2000s I was the only female chef there. The restaurants or kitchens generating business were dominated by male chefs in those times,” she says. Manpreet Sekhon wants to provide diverse and authentic Indian flavours in Australian landscape.
Supplied by Ms Sekhon.
In 2005, Ms Sekhon migrated to Australia with a dream to take her cooking to another level.

“Cooking delicious meals at home has been a tradition for Indian women since time immemorial, but I wanted to take my culinary skills from the kitchen to the restaurant industry,” she says.

For a small business owner to stand out in a city like Melbourne, where thousands of food options are available, is tough, let alone succeeding.

Having 20 years of experience in the hospitality industry now, Ms Sekhon says her secret kitchen ingredient is garam masala which she makes by grinding raw spices.

“Our customers are at the heart of what we do. My simple rule is to never serve anything on the table that you can’t eat yourself," she says.

With an innovative menu and a bold, inviting venue, Ms Sekhon says there is no stopping you if you know what you are doing.

“Running a business is hard, and being a mum it’s even harder, but women have been defying gender tags for ages, and so am I,” she says. 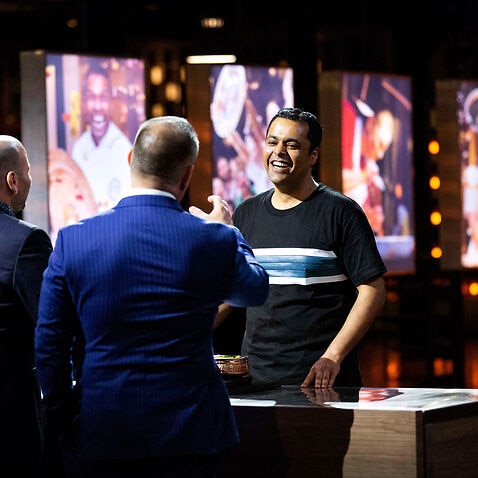 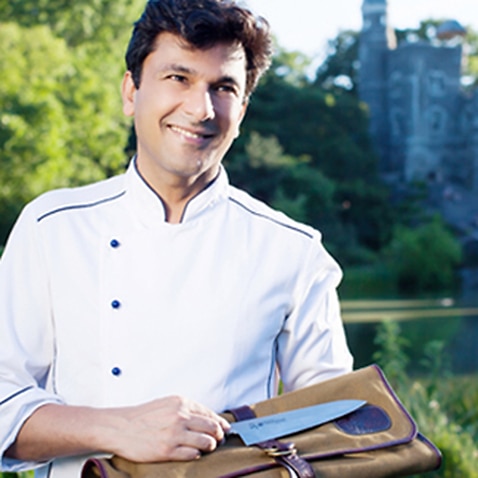 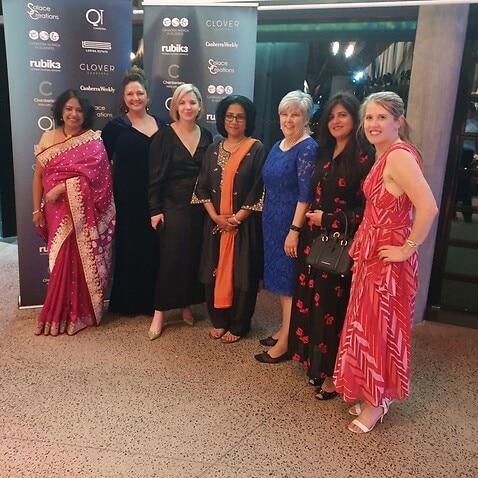