A Melbourne aged care worker shares an inspirational tale of courage and hard work after she lost 38kg, despite having multiple health issues.

Amandeep Kaur faced troubled times in her life which was filled with grief, health issues, and depression.

At 108kg, being overweight was just one of her health problems, while the others had caused her to undergo 18 major surgical operations in the span of just three years.

“Finally, I’ve reached a stage where I can now claim that this difficult phase in my life is almost over. I am glad that I am able to live a normal life now,” she said in an interview with SBS Punjabi. Mrs Kaur said she followed a strict exercise routine and balanced diet as she battled a complex pregnancy, hormonal imbalance, depression, and even a benign tumour.

“It was a do or die situation for me. I didn’t sit idle, and kept on moving with my life despite numerous health challenges,” she added.

“I had a strong will power to live, and to live well. I also continued to work through my commitments as an aged care worker and counted on the blessings from the elderly people I looked after at work.”

Mrs Kaur said her ‘tale of woe’ started in 2014 after her pregnancy was terminated due to some health complications.

“My problems went from bad to worse after my body's hormonal balance began to deteriorate,” she said. Mrs Kaur was battling depression and other health complications after she weighed 108kg at her heaviest.
Supplied

At that time, Mrs Kaur and her husband were living in Geelong on a regional sponsorship work visa.

"It was quite challenging as we battled through these difficult circumstances including that of financial hardship.

When she was five months pregnant and already dealing with ongoing health complications, Mrs Kaur suddenly lost her eyesight when she was at work one day.

“I was taken to the Royal Melbourne Hospital where an MRI revealed that I had a large tumor that was pushing on my pituitary gland and it had also blocked some nerves in the eyes,” she said.

Although the neurosurgeon advised her that the tumor was benign, but it had reached a stage where it could have burst any moment resulting in a brain haemorrhage.

“It was a life-threatening situation both for me and my baby. It was the worst thing to hear in my life when they said they could either save me or my child in the womb,” she said.

“It was a big dilemma for surgeons. It had to be a major operation, but at the same time they didn’t want to keep me unconscious for a long time.” After two years of battling with several illnesses including having 18 surgeries, Mrs Kaur is now able to live a normal life with her family.
Supplied

Mrs Kaur said the neurosurgeons at Royal Melbourne hospital only removed half of the tumor and brought her back to life after this complex operation.

This was followed by a challenging time for her, as Mrs Kaur became ‘miserably ill’ due to hormonal imbalance, the tumor, and the complicated pregnancy.

“I also suffered from diabetes and depression after I gained excessive weight, which even touched 108kg,” she said,

“I had been dealing with the mood swings. I was severely lethargic and at times, I would be hyperactive. I also had difficulties in adjusting doses of the steroid prescribed to me.”

Due to a high-risk pregnancy, Mrs Kaur had to have a premature delivery.

Her son Tejvir Singh, who now lives a happy and active life was just around two kilos at the time of his birth.

“I was later diagnosed with Cushing’s Syndrome and faced a severe imbalance with my endometriosis process. The worst part was when I was told that I may not conceive again,” she said.

Mrs. Kaur said that after these sets of events, she began having some panic attacks even for small things.

“And that was it… One day my body stopped responding and I had a heart attack. My husband told me that it was a near-death scenario. But I was born again, such was the will of the God,” she added.

“When the paramedics checked my vitals, my lifeline had straightened. But I came back to life after they helped me with CPR and the defibrillation process.” Mrs Kaur said she was able to turn her life around with the support of her family.
Supplied

Ms. Kaur said despite challenges, she continued to live on with her life with the support of her husband, bhabhi Mandip Kaur and her parents.

“My family inspired me to be brave and take these challenges as a head-on. They also encouraged me not to quit my role as an aged care worker.”

You only get this life once. So why not make it count!

Mrs Kaur said she is very thankful to her fitness trainer Kamldeep Kahma who not only helped her with much-needed encouragement and motivation but also helped her structuring a fitness routine.

“I am very lucky to have Kahma bhaji [brother] on my side. With his support and efforts, it is all coming back to normal now,” she said.

“I’ve gradually reduced around 38 kilos of bodyweight in the last three years and my life is no longer dependent upon those heavy doses of steroids.” 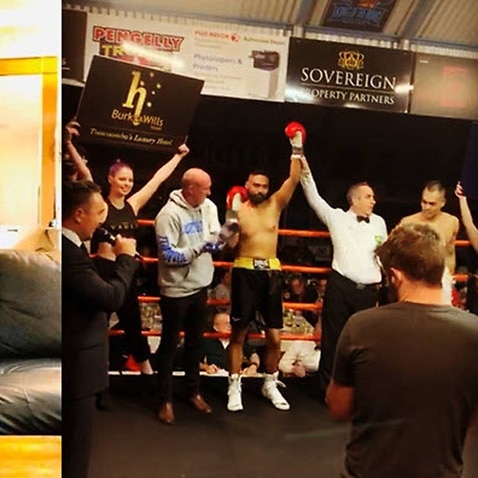 Mrs Kaur said that by sharing her personal life and challenges, she wants to encourage people who have ‘all the odds against them’.

“You have the power within you. Everything can be done provided your hard work and courage go hand in hand,” she added.

“Just don’t let your laziness come between you and your fitness - an active lifestyle, a balanced diet, and a stringent exercise routine is the way to go.” Mrs Kaur who went on to lose an impressive 38kg, dedicated her remarkable transformation to her fitness coach Kamaldip Kahma.
Supplied

“Hormonal imbalances and some other health complications are also responsible for weight gain problems. So please don't judge anyone but give them respect for who they are and encourage them to move forward in their lives,” she said.

Click on the audio above to listen to this slice of fitness inspiration from Mrs Kaur who reveals why her life can’t be presented as just another weight loss story. 'I trained myself to feel strong’: Breast cancer survivor shares story of courage and hope 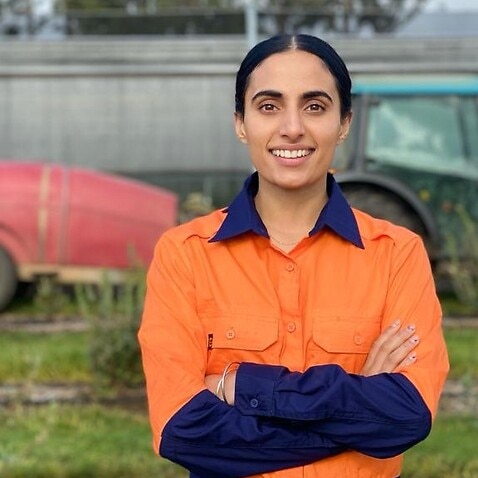