Buying a used car from a private seller can be risky - especially for buyers with English as a second language.

Buying a used car from a private seller can be risky - especially for buyers with English as a second language. 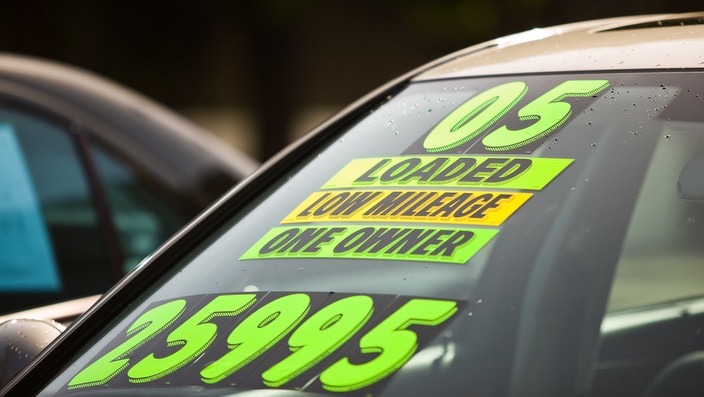 Arshdeep who bought a used car along with his best friends via Gumtree initially thought it was a good deal - “My friend had to pay so much on repairs soon after that he almost ended up regretting his decision to purchase a used car in Australia.”

A new multilingual campaign is working to educate consumers about their rights - (In Mandarin/ Tamil / Arabic: "Are you in the market for a new car? Do you know what to look out for? /When you see an advertisement online do your homework first/ Talk to a qualified mechanic to ensure there are no inherent problems with the vehicle")

It is an information video, translated into six languages... aiming help Australians from diverse backgrounds avoid the pitfalls of buying a used car.

Available in Vietnamese, Tamil, Mandarin, Korean, Farsi and Arabic, the video explains some of the risks associated with buying a car from a private seller, for example from a website such as eBay or Gumtree.

NSW Fair Trading Commissioner Rod Stowe says it's  part of a broader strategy to educate people from culturally and linguistically diverse backgrounds about consumer rights - "Buying a used car is probably one of the first things that a newly arrived migrant needs to do, its vital to holding down a job, and its one of the largest purchases that they'll make. And there are a whole lot of pitfalls for people who buy cars privately. And in many instances they don't have the same protections under consumer laws that you would if you were dealing with a commercial business."

Refugee Consultant, Margaret Piper says refugees and people on student and work visas may be particularly vulnerable - "Many people come to Australia from countries where they don't have consumer rights and they're not aware when they come to Australia that they do. Fair Trading is playing a vital role to ensure that these people understand that they do have rights."

The Fair Trading website includes advice on how to check whether a car's previous owner has any unpaid debts connected the vehicle, which may mean the car could be repossessed by a finance company. NSW Minister for Innovation and Better Regulation, Victor Dominello, says there is also advice on how to ensure the vehicle is reliable - "So for example one of the issues was in relation to buying a 'lemon' or a used car that didn't really work. Not only do you lose money on those transactions but they're unsafe."

Parramatta Car dealer, Tony Bakhos says, as a Lebanese migrant himself, he understands buying a car can be overwhelming for someone without English as a first language.

He's installed signs in Mandarin, in a bid to attract diverse buyers - "It's just a sign to show that we accommodate for all kind of people, I suppose. We understand the process they have to go through because we had to go through it ourselves when we first came out." Arshdeep’s advise to other students is that they should definitely take a mechanic or a car expert along with them if buying a second hand car here.

More information can be found on the NSW Fair Trading website.