Sluggish wage growth is fueling a battle on the cost of living - Anthony Albanese made his final big pitch to fight for a minimum wage increase at the National Press Club. Dozens of former judges have made a rare intervention during the election campaign - pleading with party leaders to urgently establish a federal integrity commission.

The Opposition leader made his final appearance at the National Press Club before the election - as the Prime Minister snubbed the opportunity to make his address, becoming the first leader in around 50 years to do so.

The day was dominated by the latest wage figures - showing annual pay had only increased by 2.4 percent.

It's far away from the inflation rate which now sits at 5.1 percent - meaning workers effectively saw a 2.7 percent pay cut.

In a campaign hinged on cost of living issues - Anthony Albanese says it's further proof vulnerable Australians are being left behind.

Judges including former Victorian Court of Appeal judge Stephen Charles told SBS one of the reasons he thinks the government has been reluctant to bring an anti-corruption watchdog to parliament - despite promising to establish one before the last election. 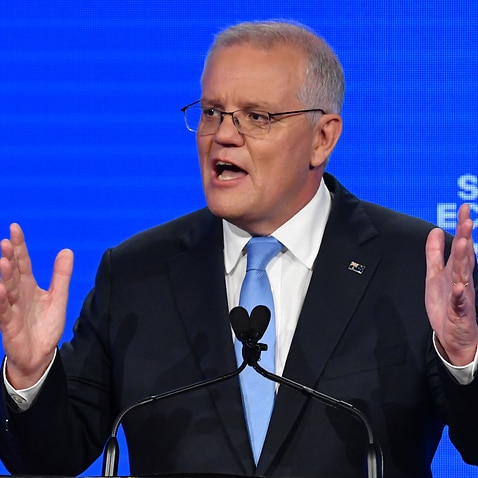