The cast for the AFC U-23 Asian Cup Uzbekistan 2022 has been finalised with the conclusion of Groups D and I.

Sydney FC striker Patrick Wood has helped the Olyroos claim back-to-back wins over Indonesia to secure a spot at next year’s under 23 Asian Cup.

The Australians added a 1-0 win to Tuesday’s 3-2 victory to finish top of the Group G qualification standings and advance to the continental tournament to be held in Uzbekistan next June. 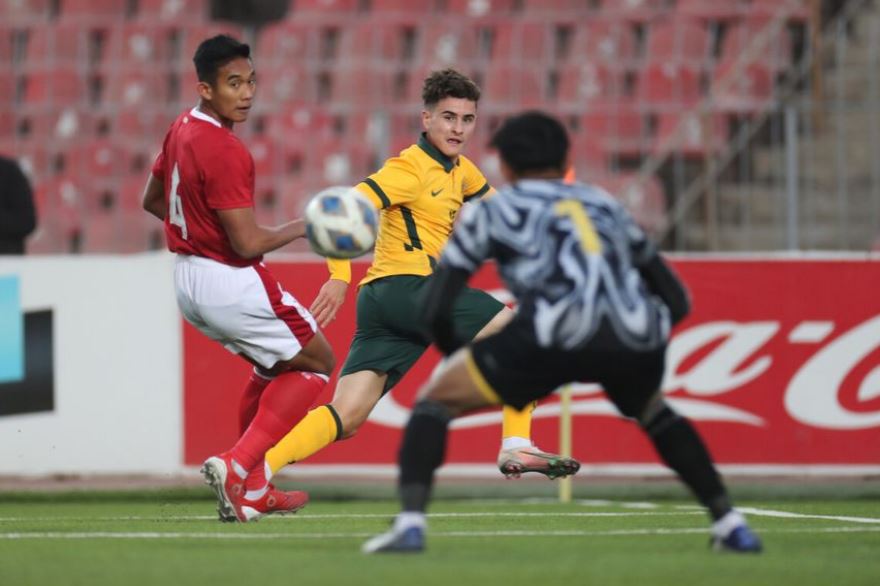 Olyroos have qualified for U-23 Asian Cup in 2022, defeating Indonesia.
Supplied by the AFC

Vietnam emerged Group I winners after a 1-0 win over Myanmar while Saudi Arabia advanced as the second of the best four runners-up following their 3-0 victory over Bangladesh in Group D.

Thailand (Group J) advanced as the best of the runners-up with Turkmenistan (Group F) third. Tajikistan took the fourth spot by the narrowest of margins, edging Bahrain on yellow cards.

16 nations have advanced to the final.
Supplied by the AFC