Children's stories in Hindi have found a way to kids in Australia and now a group of women are telling the stories to delighted children.

The children's story session at Casula Powerhouse Arts Centre in western Sydney was not child's play for the storytellers. They had to entertain children with a story in Hindi, a language foreign to most of the children at the playschool.

The storytellers, however, were very calm and composed. They were happy and ready from the word, go.

They'd had done it many times and knew the language was merely a medium. Moreover, they trusted the children. Hence they started with a children's song in Hindi… Ichak Dana Bichak Dana… and the children were already fascinated.

"We should never underestimate children," says Yamane Fayed of the Information Cultural Exchange that runs the program' Spellbound Storytime' to train multilingual storytellers.

This belief in children led the idea of a multilingual storytelling program for kids.

Ms Fayed says the aim is to skill up the women with multicultural backgrounds to support them to create their own creative enterprise. 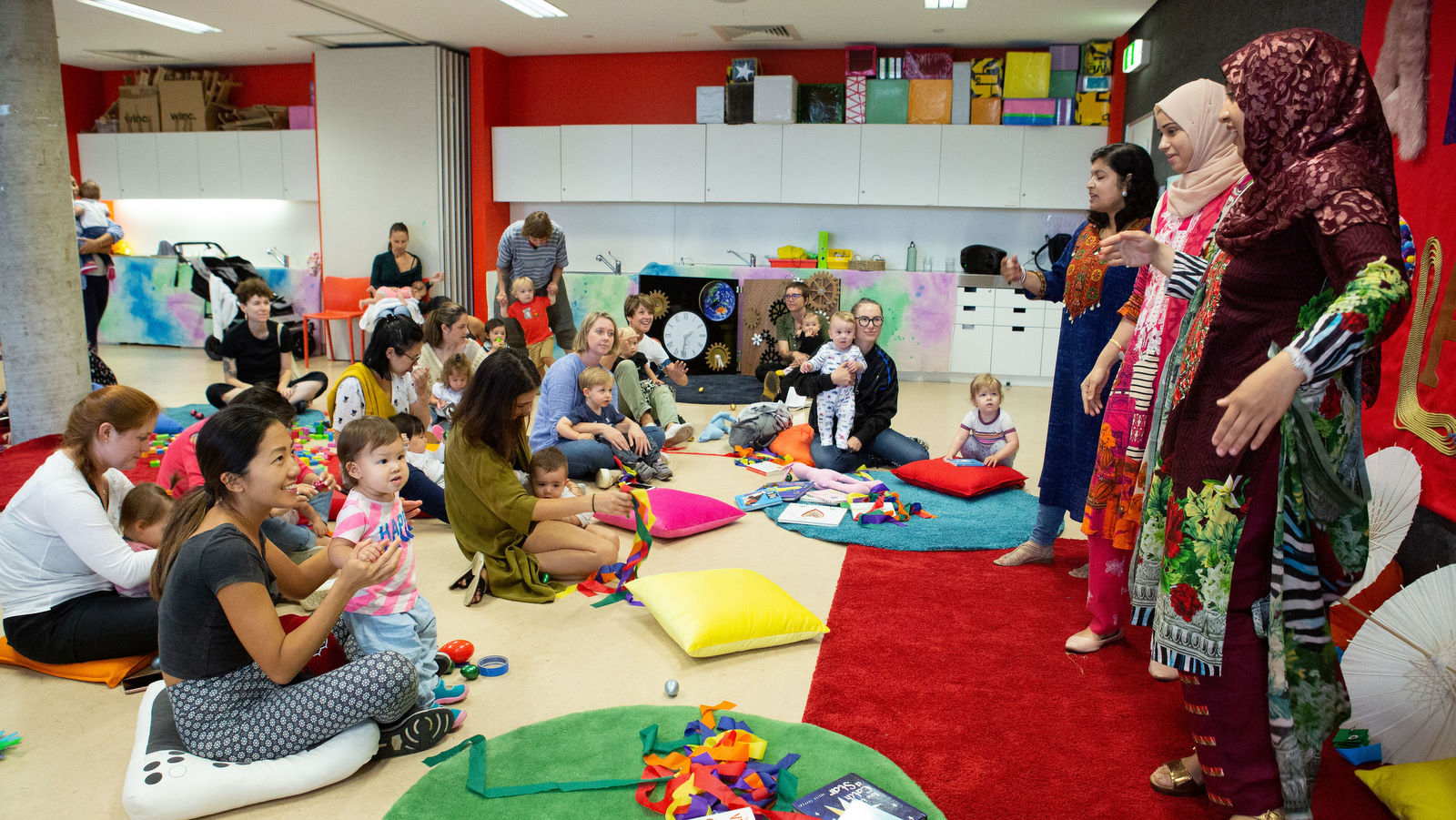 "The aim is to give them free training in the hope that they will start their own business enterprise. We have many hubs. One of our hubs is called Spellbound Storytime Hub. The aim of this hub was to skill up women to become bilingual storytellers to be able to work in libraries, childcare centres, and do some performances."

Listen to this story in Hindi

"It is difficult for an Indian woman to come out of the house and do something for herself," says Rabeena, who is is a science graduate.

"I had not been doing anything for many years. Kids have grown up, and I wanted to take a decision. When I found out about this program, I wanted to give it a try out of curiosity.

"I had thought of going there only for a couple of weeks. However, I liked it so much that I am still with them over a year later," she says. But the stories came out of the storytellers' hearts.

"We used stories from our childhood memories," says Suraiya, another storyteller whose journey is similar to Rubeena.

"We all had visited our grandparents during childhood. We have so many stories from our childhood. During training, we remembered those stories and started weaving them into a song. It came out as an entertaining story full of songs and riddles," Suraiya said, who is a computer science graduate living in western Sydney.

The stories are in Hindi, but Yamane Fayed explains the storytellers use English too.

"The stories are performed in English and have elements of Hindi. The main narration will be in English. However, then we have inserted songs and some words in Hindi. And the songs are inspired by traditional folktales from Indian culture. So, if you are a Hindi speaker or a native from India, you may recognize some of the songs.

"We have used them, and kind of twisted them. However, then we added a narrative that is originally created by the women to encompass all the different elements. And it is in English," Yamane Fayed explains. 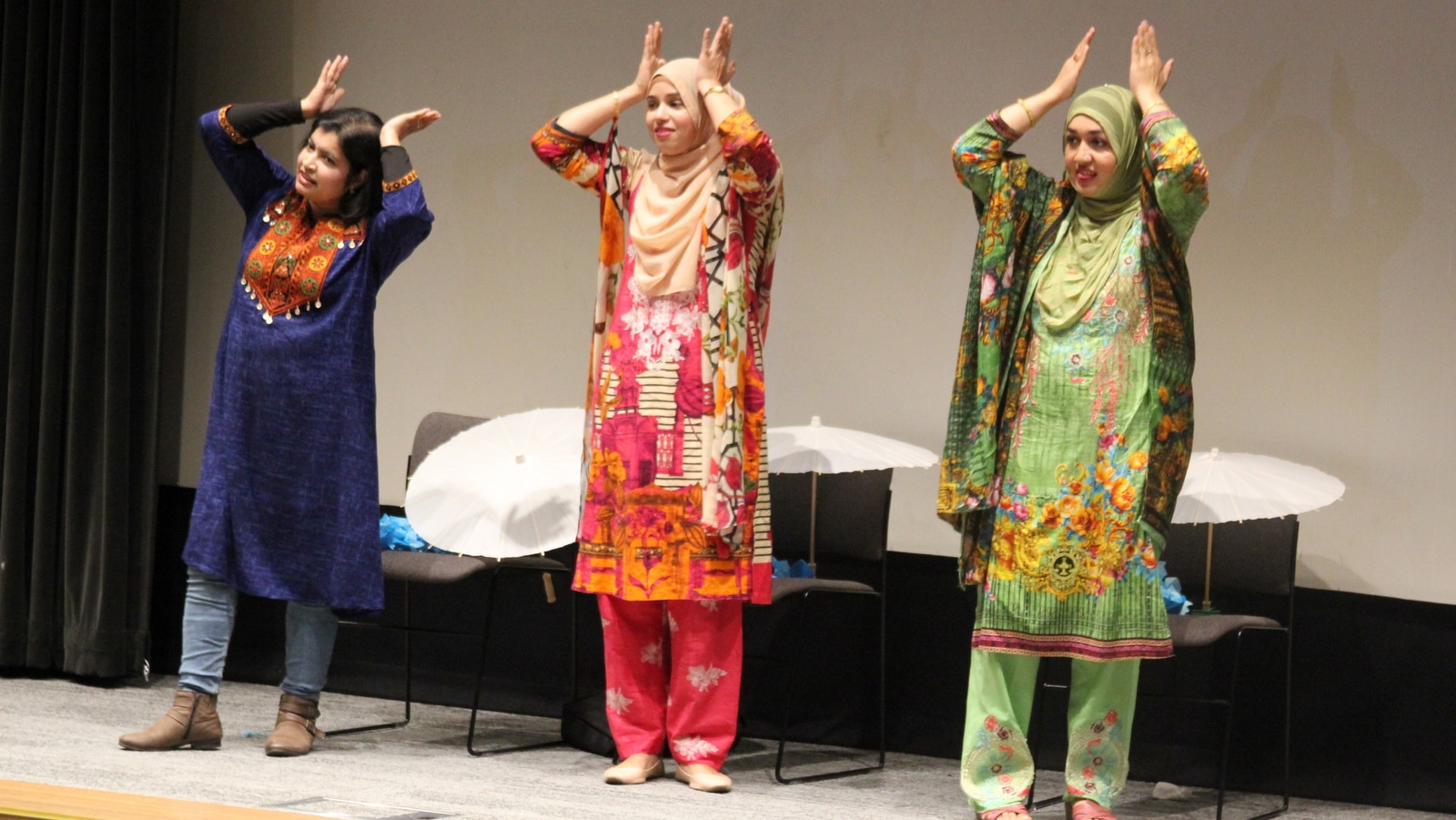 Hindi is one of the languages. The group has storytellers in other Indian languages too such as Punjabi, Marathi and Gujarati.

The groups have performed at various schools, libraries and even NSW Parliament House too.

"We have performed in front of adults too. Performing at Parliament House was an amazing experience. We were very nervous, but the show went so good. Everybody enjoyed it. The audience loved solving riddles. Later many greeted and complimented us personally," shares Rubeena.

Every time they perform with a certain audience, they adapt to the story. "With babies, they will rely a lot on body, gesture, signage etc. that will trigger the interest of the babies or the toddlers," says Ms Fayed.

However, for Suraiya, it is not just entertaining the audience. She takes it as a medium to disseminate culture.

"It is not just storytelling. We share our culture, our language and our childhood memories with people of different cultures, languages and nationalities. It brings great pride," says Suraiya.