Thousands of Bangla-speaking people celebrated ‘Pohela Boishakh’, the first day of the Bangla New year 1426, across Australia. On Sunday, April 14 they gathered in various places including Sydney, Dubbo, Melbourne, Darwin and Adelaide to mark one of the biggest Bengali cultural festivals.

The Bangla calendar is rooted in the time of the great Mughal Emperor Akbar. This solar calendar is based on the lunar Hijri (pilgrimage) calendar of the Muslims and was initially started for revenue collection. Over the course of time Bangla-speaking people in present-day Bangladesh and India embrace the date on its own merit. In the 1960s the first day of Bangla calendar was widely celebrated in Dhaka as a cultural event, especially in the University of Dhaka with fine arts, processions and music.

After the independence of Bangladesh was achieved in 1971, people from Bangladesh migrated to Europe, America and other different continents and started celebrating this ‘Pohela Boishakh’ around the world.

Bangla New Year 1426 is celebrated in Australia with much vigour an enthusiasm. Prime Minister Scott Morrison issued a statement on the day:

“At this time, on the first day of the Bengali Calendar, I wish Bengali Australians well as they welcome in the New Year.” “While small in number in Australia, I thank the Bengali community for your contribution to making our country one of the most successful multicultural nations on earth.”

“The Bengali Australian community is vibrant and strong—seen in your dedication to education and hard work, and in your generosity and love for this country. It is these ideals that sit at the heart of how we live as citizens, and how we, as a nation, remain resilient and cohesive.”

Though the Bangla New Year festival was on 14 April 2019, there were few 'Mela' or fairs arranged beforehand due to varying reasons. Bangabandhu Council Australia organised their 'Boishakhi Mela 1426' in the ANZ Stadium of Sydney Olympic Park on 23 March 2019. Another 'Mela' was celebrated on April 6 in the Fairfield Showground, Sydney by the Bongobondhu Porishod Sydney.

On April 14 Bengali people joined the crowd in the different venues in Sydney, especially in Lakemba, Campbeltown, Ingleburn and in Adelaide, Melbourne, Darwin and in Dubbo. 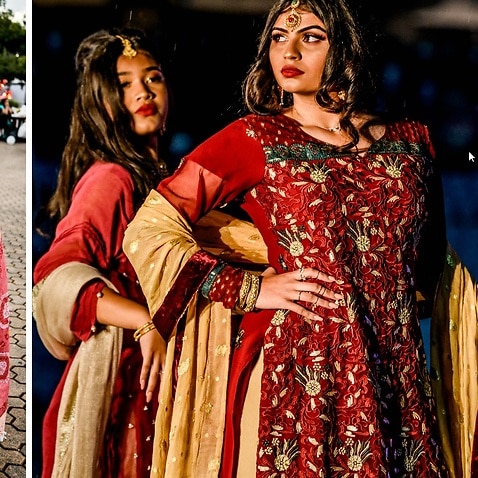