The community has raised over $76,000 to support the medical costs for the treatment of Johny Sahota, a young Indian migrant admitted at the Royal North Shore Hospital in Sydney. The family was already under immense financial stress due to his wife’s ongoing illness.

Within three days of posting an appeal on social media, the members of the Australian Indian community have donated $76,615 [as of 27th October] for the treatment of an Indian man hospitalised due to a ‘sudden medical emergency’.

Sydney-based Johny Sahota was involved in a horrific accident at his house that left him with serious spinal cord injuries and multiple fractures.

“I had to undergo numerous spinal surgeries before I could regain my senses. I have been told that I am a paraplegic, but my life is out of danger now,” said Mr Sahota while speaking to SBS Punjabi from his hospital bed. 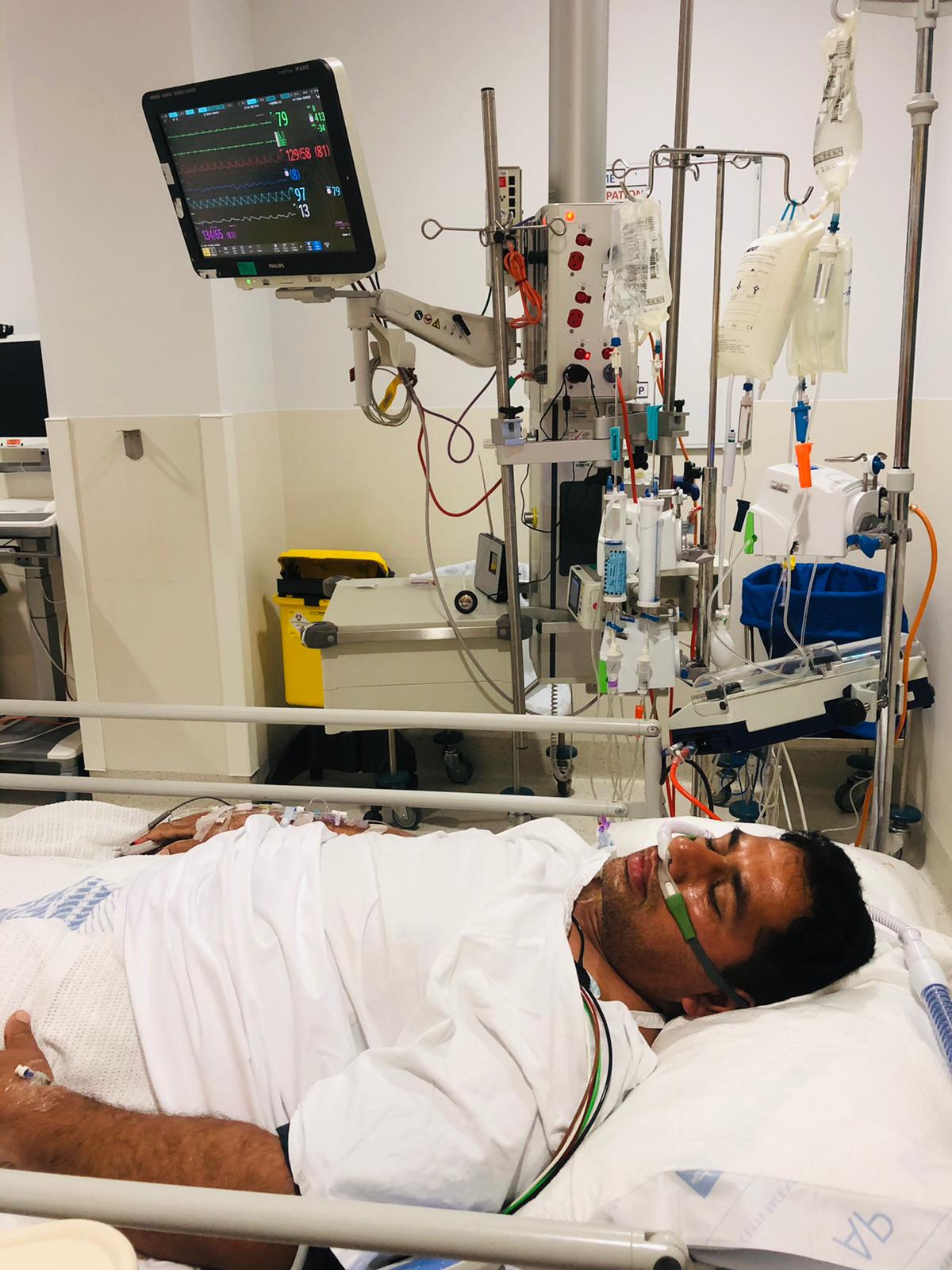 Mr Sahota who was admitted at the Royal North Shore Hospital in Sydney for the treatment is fighting for his ‘quest’ to walk again.

“I still can’t feel my lower side of the body and there is a question if I would be able to walk again,” he said.

Mr Sahota and his wife are on a student visa and have no other family members here in Australia who could support them.

“We are going through an extremely difficult phase of our life. My wife is suffering from a serious medical condition ever since we landed in Australia on a student visa about 5 years ago,” he said.

“My wife has an autoimmune disease known as Wegner’s Granulomatosus that is associated with a clotting disorder and bilateral hearing loss. She is undergoing treatment under a range of specialists including immunologists, hematologists, and ENT experts.” 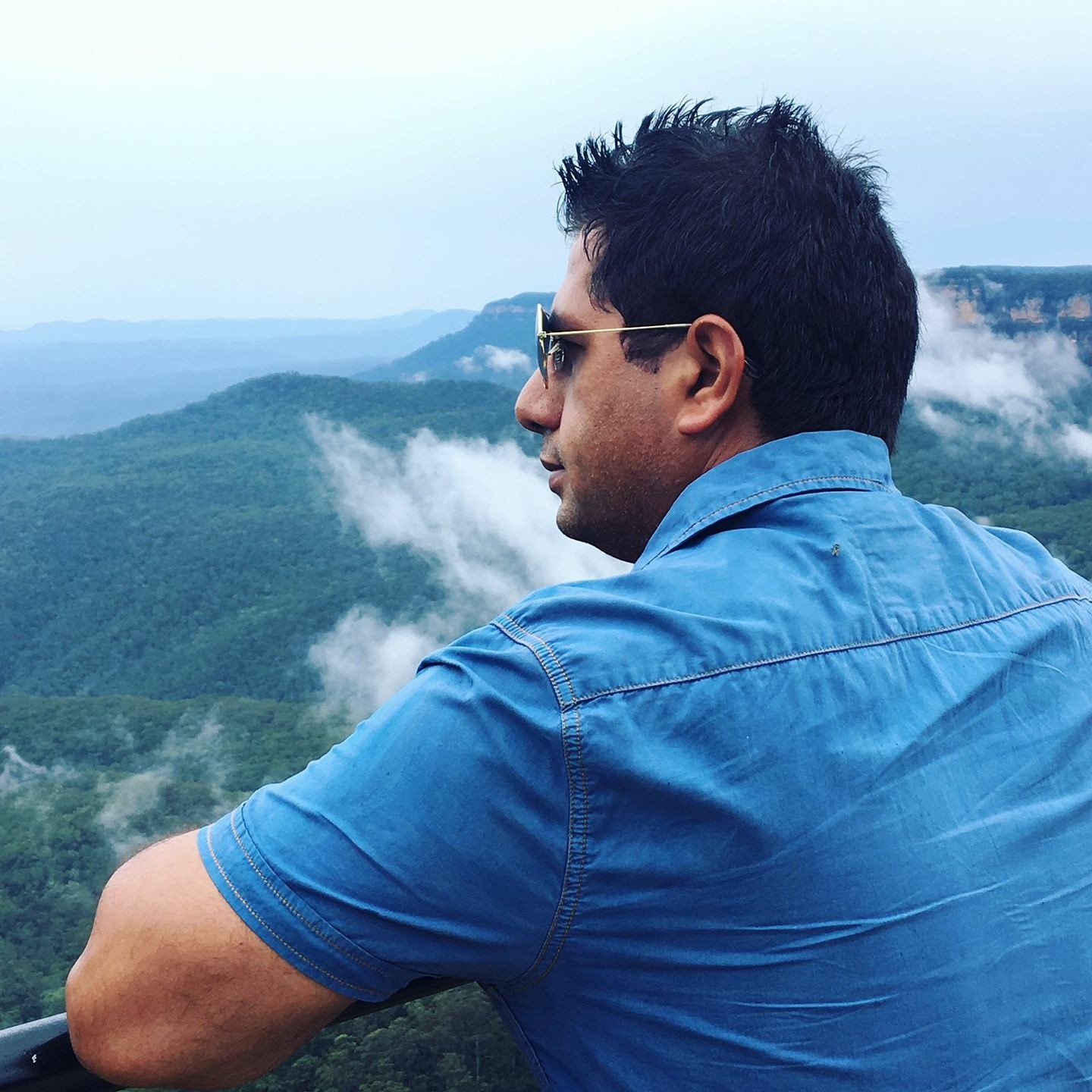 Johny Sahota came to Australia from Punjab, India in 2015.
Supplied

Mr Sahota, a young migrant from the Hoshiarpur District of Punjab, India, says his family is undergoing severe ‘financial difficulties’.

I am the only source of income for my family. My wife hasn’t been able to do any paid work due to her health conditions.

“Until now we’ve been struggling with the insurance companies to cover her medical costs, and now this happened to me as well.”

Mr Sahota said that although he has medical insurance, but he is ‘not sure’ if it would cover the full cost of his treatment.

“My wife who herself is very sick is not able to present our case until now. But I can tell that we so far have a very bad experience with the insurance company,” he said.

Mr Sahota has since relied on a Facebook fundraiser that was initiated by his friend Gurinder Singh Malhi. The community has donated over $76,000 [as of 27th October] for Mr Sahota's treatment.
Facebook screenshot

In a heartfelt appeal on Facebook, Mr Malhi had mentioned how this Indian couple struggled after ‘unforeseen and tragic circumstances’ hit their life.

“They are such a lovely couple! They are going through a very hard and difficult time as we urge them to be strong and brave,” said Mr Malhi.

“We understand that they are undergoing a lot of emotional and financial stress. We’ve so far raised over $76,000 to support this family. We have set a target of $300,000 through a fundraiser that was started on 24 October on Facebook.” Mr Sahota said that although he is not feeling very well but he was keen to speak to SBS Punjabi to thank the community for their help and financial support.

“I am really thankful to everyone from the bottom of my heart for all these contributions. I am and always will be grateful for this support for the rest of my life,” he said.

To know more, click on the player at the top of the page to listen to a conversation with Mr Sahota.