St John's College and Alphington Grammar have reported cases of COVID among their students and parents. St John's is listed as Tier 1 exposure site and remains closed until the 25th of October.

St John's College has reported two positive cases of COVID-19 among its students and one among the parents' community the last two weeks. St John's principal Ms Anna Urban said to SBS Greek that the school has taken all precautions and followed all the relevant protocols as set out by the Health Department.

The first case was a Y12 student who came to the school for the GAT test and was diagnosed COVID positive two days later. The other case was a mother of a preschooler who attends the school on a regular basis. Her son was initially tested negative but on the 14th of October returned a positive test. All close contacts of these three cases were notified immediately by the school, according to Ms Urban and all staff deemed primary contacts entered a 14 day self-isolation.

"All our staff, apart from three who have medical exemptions, are immunised" said Ms Urban. Children and mental health: advice from an expert

Alphington Grammar has had one COVID positive case the last two weeks among its students. The case is a Y11 boy who went to school for the GAT test and had no symptoms. A few days later the student's family notified the school about his positive test result. Other members of his family had also returned a positive result.

Dr Vivianne Nikou, Alphington's principal, said to SBS Greek that all students and staff who had come in contact with the positive case had since returned a negative result. "They were all immunised" said Dr Nikou stressing that 98% of the school's staff have received one vaccination dose and 74% is fully immunised.

"By the time the students start returning in a few days, 100% of our staff would be fully immunised" said Ms Nikou.

Both schools are on online learning according to Victoria's Education Department directives. 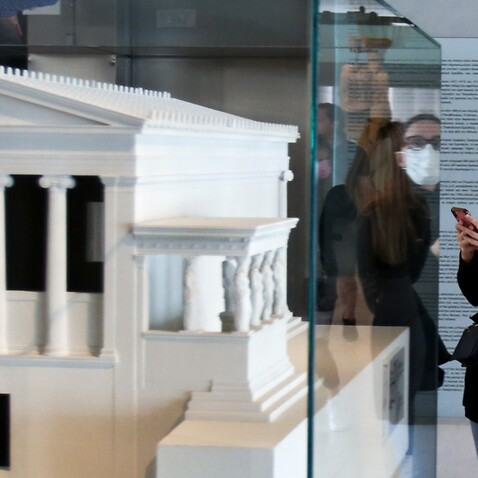 Heading to Greece? Things to know about COVID-19 vaccination checks