Pawanpreet Singh Bhathal and his family were able to fly back home by Air India in May. But they were charged an excess amount of almost $500 for one of their tickets. A recent interview with India’s civil aviation minister helped Mr Bhathal recover the excess from Air India.

Pawanpreet Singh Bhathal and his family came to Australia as tourists in February but returned as evacuees, with a major dent on their savings back home in India that sustained their unintended overstay due to coronavirus travel restrictions.

The challenges on their way back home only got tougher with a discrepancy of $480 in one of their tickets for Air India’s Vande Bharat evacuation flight from Melbourne to Amritsar on May 22. The Bhathal family boarded the flight not before overcoming some very “frustrating and anxious” moments.

It took several failed contacts with Air India and an interview of India’s Minister for Civil Aviation Hardeep Singh Puri, for Mr Bhathal to receive a refund of the excess amount charged to him.

Mr Bhathal says that he received an email from Air India in which he was advised that the fare was $1770 per passenger, irrespective of age. He paid the amount but says was astounded when he noticed that the amount printed on his five-year-old son Prabhsehaj Singh Bhathal's ticket was $1290. 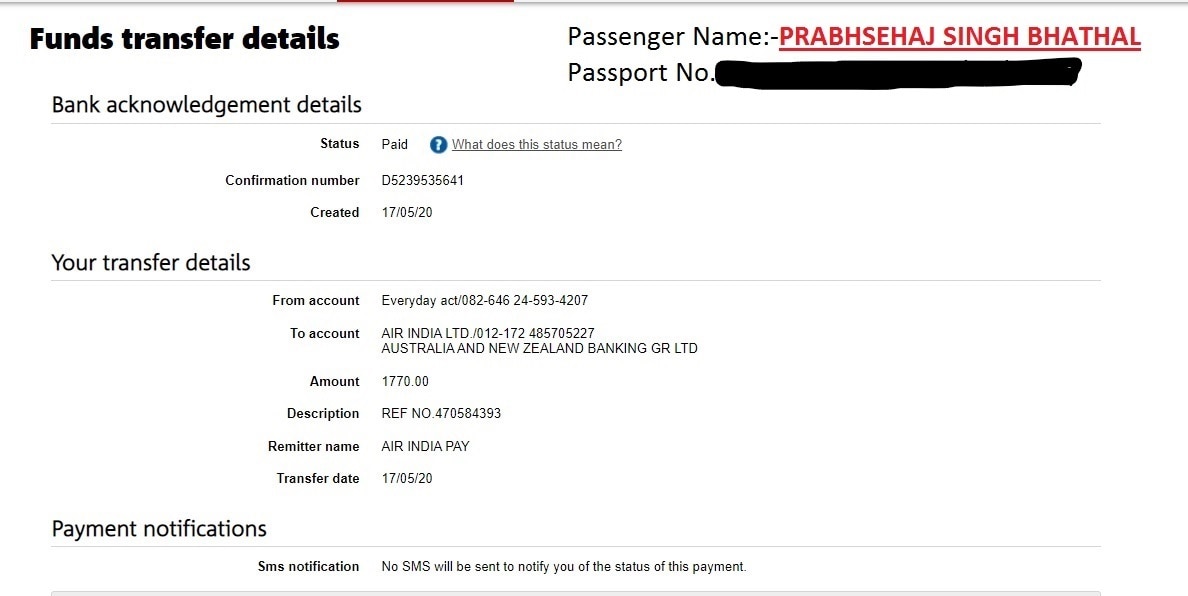 The ticket issued by Air India shows the fare as $1290.
Supplied

“Initially, when I saw the discrepancy in the price, I felt deceived, especially because Air India is the national carrier of India,” says Mr Bhathal over the phone from his hometown, Patiala, in Punjab.

“I had to get money transferred from India to survive this extended stay in Australia due to the pandemic. On top of that, this difference of $480 in my son’s ticket seemed very unfair and frustrating but I believed this would be rectified once the airline is made aware of this error,” he recalls, adding that for him, this translated to nearly 25,000 Indian rupees.

But when Mr Bhathal disputed these unwarranted charges, he had to face endless delays on the phone and silence on email.

“There was an endless wait to speak to Air India’s customer care representatives and it was even more frustrating when the voice on the other side always sounded unconvincing and implausible. I was unpleasantly surprised by the standard of commercial fairness,” he adds. 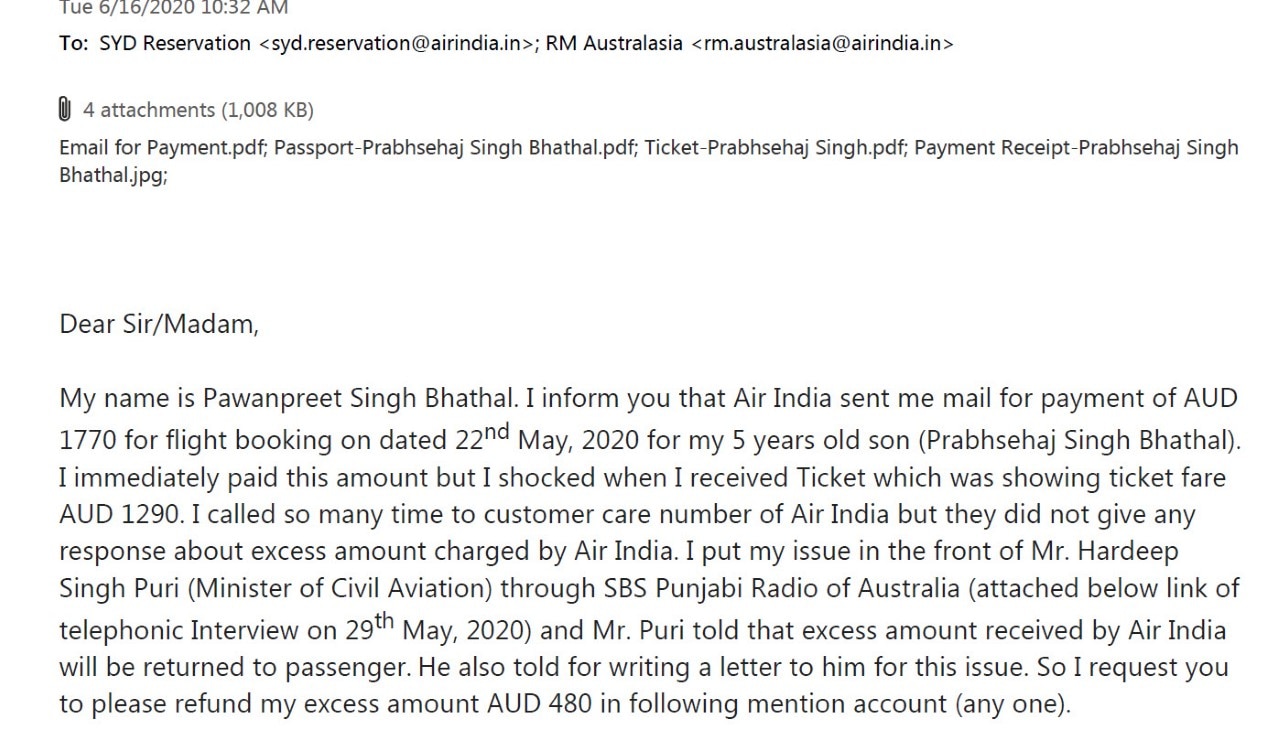 But everything changed in a flash when Mr Bhathal’s concerns were raised by SBS Punjabi during an interview with India’s Civil Aviation Minister Hardeep Singh Puri, a few days after he reached India.

Addressing his concern during the interview, Mr Puri advised: “the affected person to contact Air India or the Indian High Commission immediately to rectify this oversight”. He also added that anyone with issues relating to refunds can contact his ministry.

Based on this assurance by Mr Puri, Mr Bhathal emailed all three. He also attached the link of Mr Puri’s interview with SBS Punjabi to support his claim.

“Once I sent the email with the link of the interview, I had $480 refunded into my bank account within three days,” he says with delight.

He advises others in a similar situation to "do the hard work" and approach the authorities.

"We have to struggle if we want to achieve something as difficult as a refund from a government body. Sitting idle and grumbling isn't enough," he signs off. 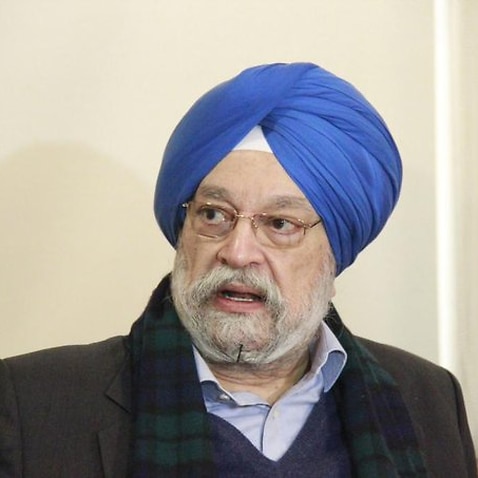 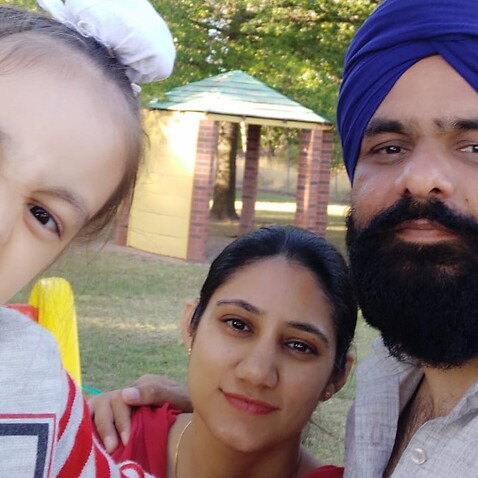