To promote and provide a window to explore the rich heritage of Indian culture, the International Indian Folk Art Gallery is exhibiting curated artwork during the month of May in Melbourne.

Almost every region of India has its traditional form of art that reflects its diverse cultural identity. Speaking with SBS Hindi Senthil Vel, founder of the International Indian Folk Art Gallery said, “There are over 50 traditional folk arts indigenous to India with each style distinct and originating from various states across the country.”

Mr Vel, who is an engineer by profession, is a passionate practising artist in Chariyal painting. He said many interesting aspects of Indian folk art and craft were not well know 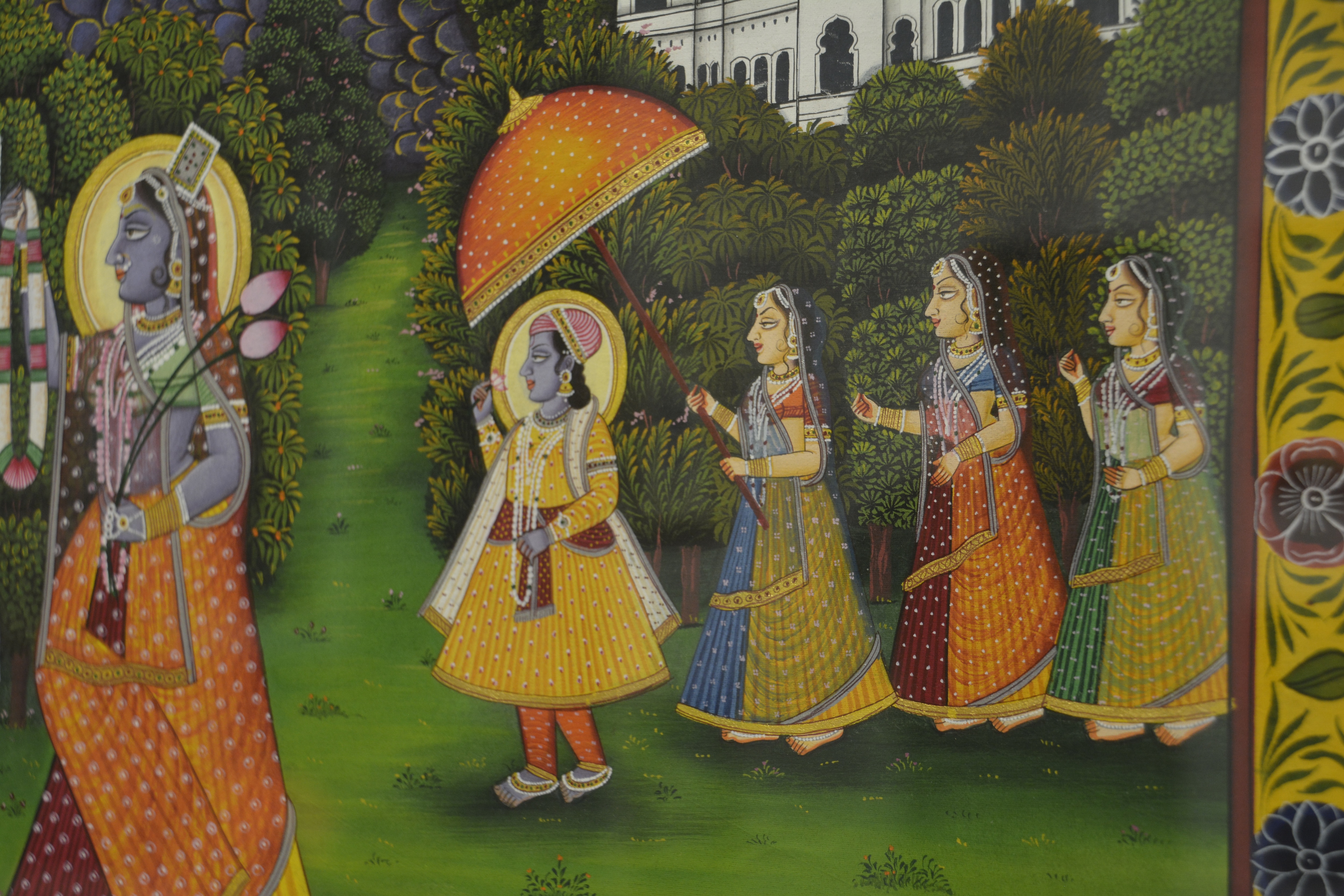 Mr Vel said his and others’ mission was to promote the beauty of Indian folk art across the globe and continue the tradition of teaching the next generation.

“Apart from educating, folk art was one of the few forms of entertainment in ancient India,” he said

The Exhibition celebrating the folk art of India was formally opened on May 7, by Mr C S Srinivasan, Board Member, Multicultural Arts Victoria in the presence of art lovers, guests, and John Burns MP, Federal Member for Macnamara. The current exhibition showcases around 30 selective and unique artifacts from all over the Indian subcontinent. These include artwork in the styles of Gond, Pichwai, Tal Chitra (palm leaf engraving), Tanjore, Pattachitra, Cheriyal scroll paintings, and more. 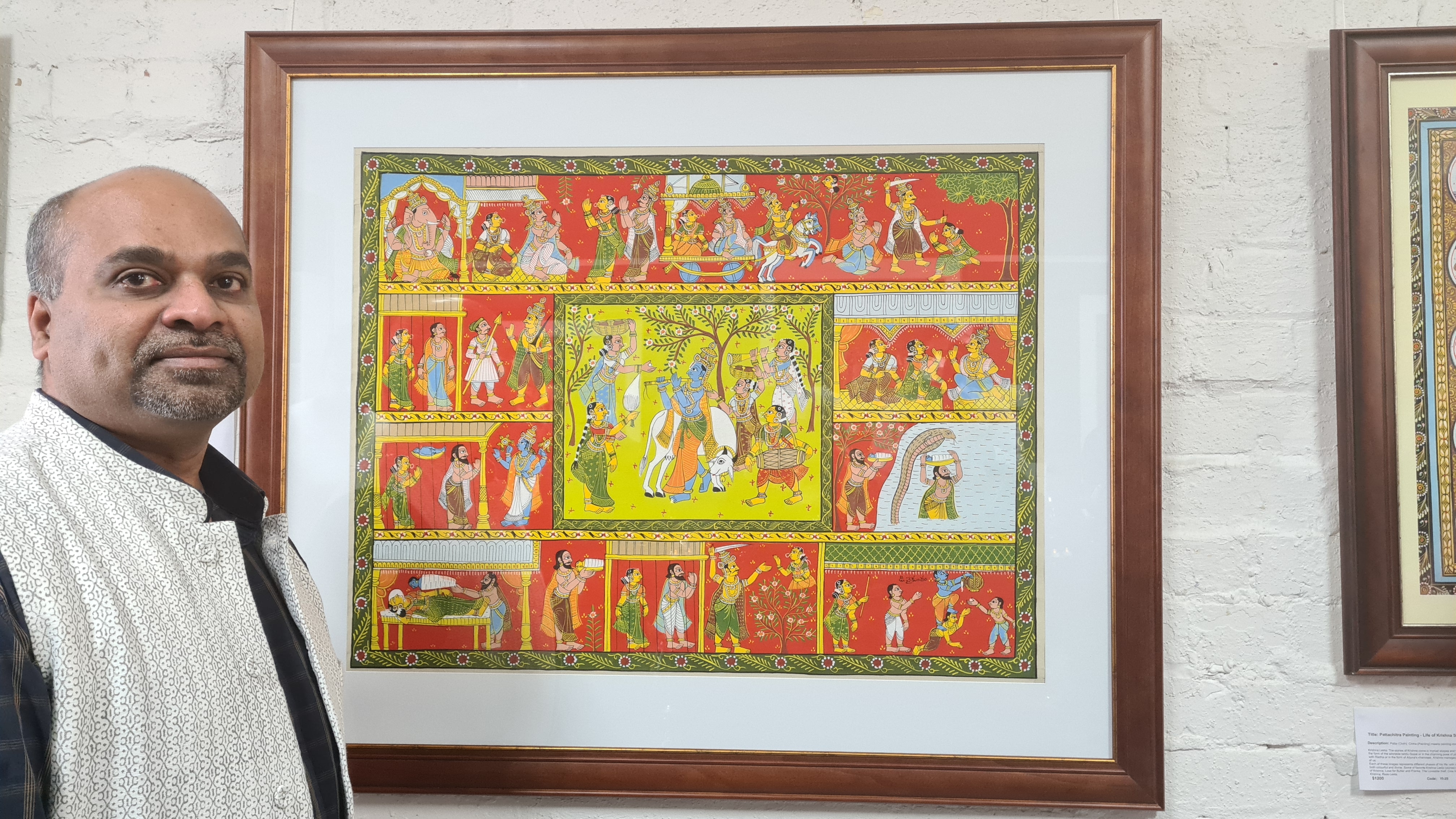 Mr Vel said the ancient art forms were more than 3000 years old, and their survival had been dependent on small communities passing knowledge down from generation to generation. Gond folk art depicting Jungle Night life. This art is practiced by one of the largest tribes, which has its origin in Madhya Pradesh, India
IIFAG Melbourne/ Senthil Vel 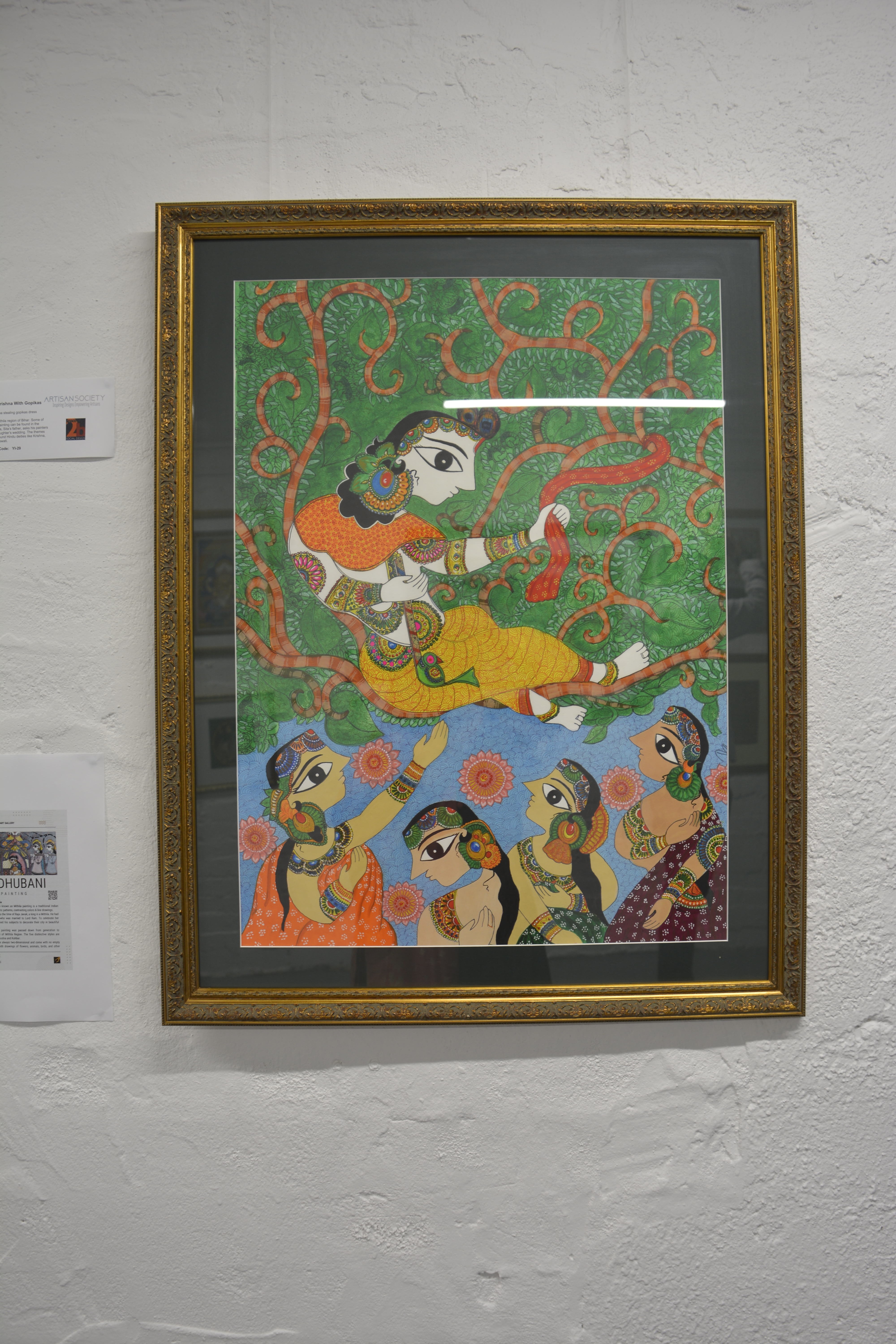 Mr Vel said the art reflected the way of life and culture in a community of that particular period and region, and in this way was a key means of education.

The folk art paintings distinctively vary in their styles in different regions but connect through the common cultural profile, colours, material and storytelling theme. The colours for paintings were extracted from vegetables, fruits, flowers, stones, Mr Vel said. “For example, the red colour was from grinding clay, while white was extracted from sea shell, similarly the yellow was from ‘hardital’ stone.” Mr Vel explained.

A variety of art forms have evolved over the years, according to Mr Vel. While some remained untouched by modernisation, some adapted to new colours and materials, he said He explained there had been an influence of different cultures on traditional Indian folk art for example Tanjore painting had been influenced by  European art.

Mr Vel said the art forms were on the verge of disappearing and forgotten due to industrial and economic pressure to prioritise alternative careers to the arts in India.

“Some of these Indian Folk Arts are sadly diminishing due to various reasons. It is important to preserve the ancient folk art to understand the rich heritage of Indian culture.” 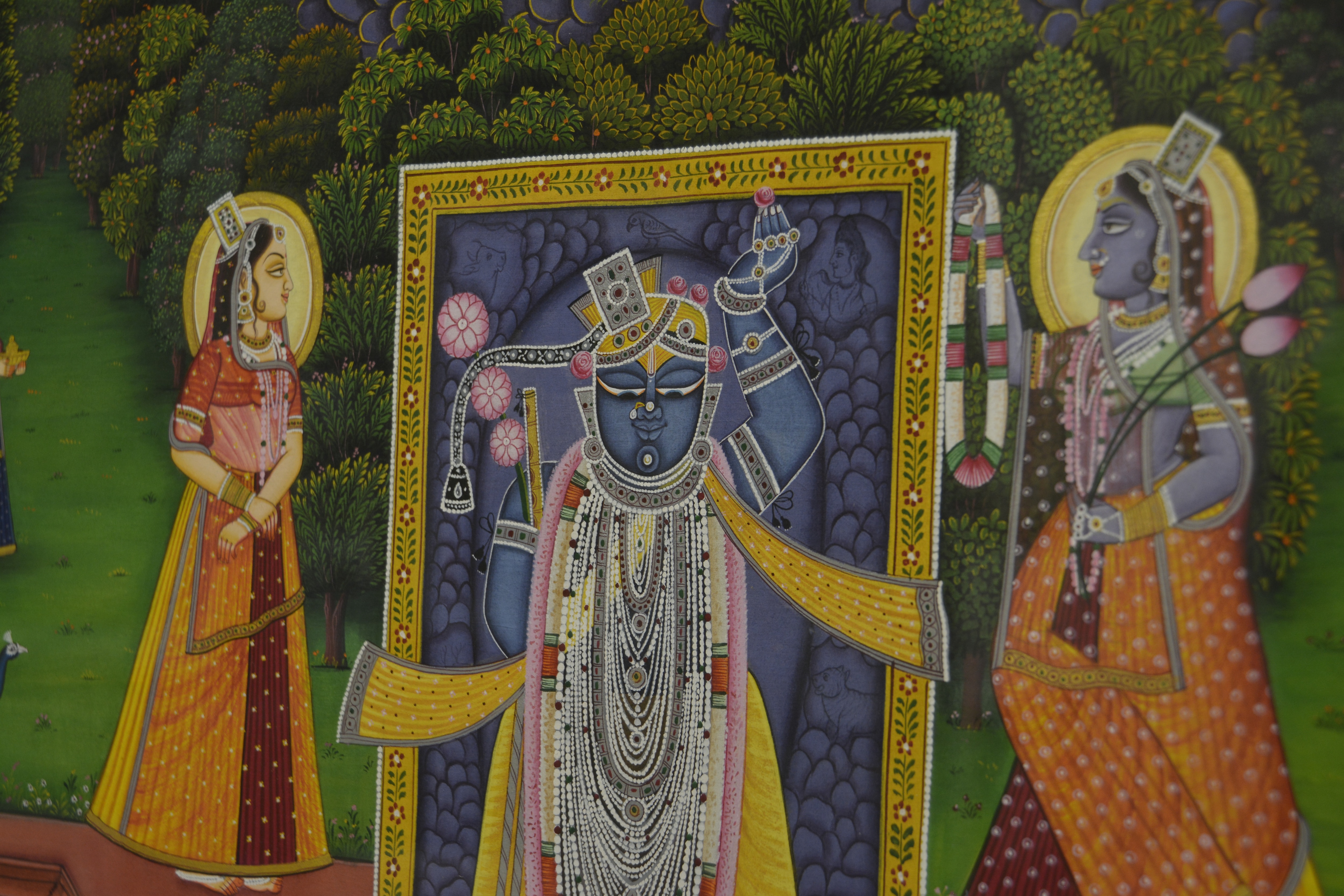 “So far, we have done this through art classes for children, workshops for adults, art competitions, and folk art events. We aim to give this art the necessary platform to flourish,” he said. 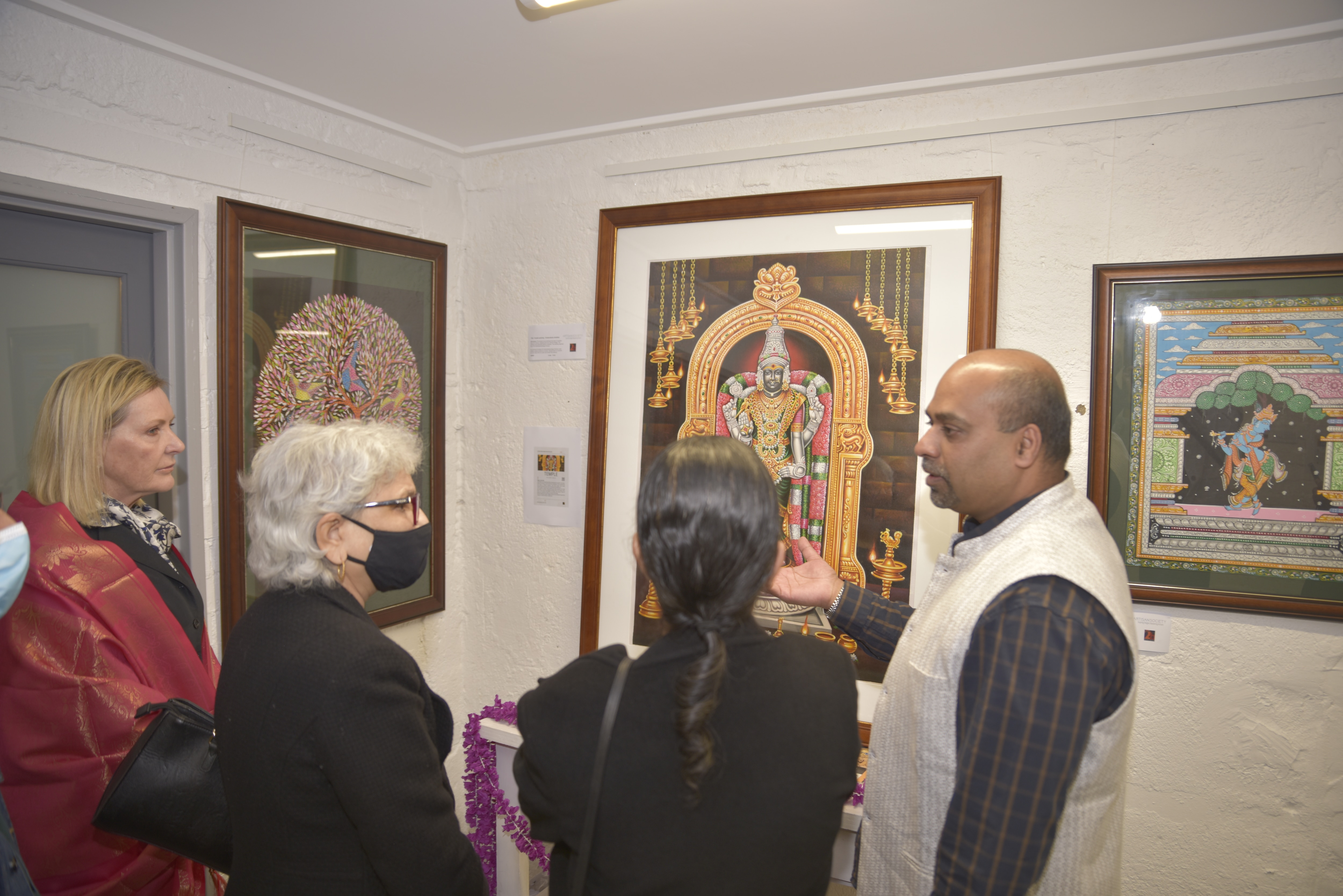 The present free exhibition in collaboration with Space2B, 144 Chapel Street, St. Kilda, Melbourne is on until 30 May 2022 Protect yourself with Influenza vaccine in this flu season 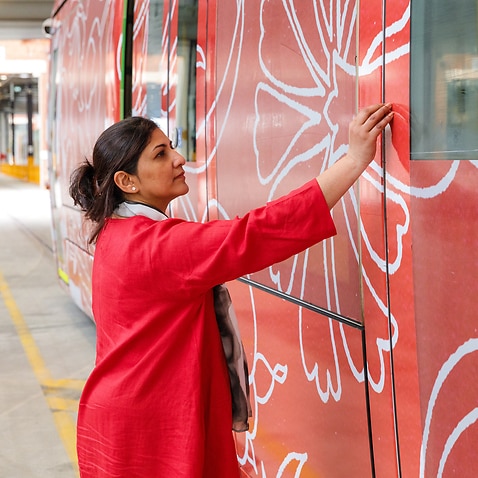 Meet the artist who once painted Melbourne's tram