DOWNLOAD 21.49 MB
SUBSCRIBE
Tusif Ahmed with an award at an art gallery exhibiting his works. Source: Supplied by Tusif Ahmed

In the past 15 years, Perth resident Tusif Ahmed has created hundreds of art pieces, exhibited them in galleries around the world and won national and international awards. One honour he is particularly proud of is that he is the only papercutting artist in the world who focuses on Islamic art.

More than a decade ago, a Perth craftsman took a sheet of white paper, folded it several times over, and with a pair of scissors, deftly cut out a sunflower. At that time, this was his way of keeping his five-year-old daughter busy as she complained of boredom.

Little did he know that would turn out into a work of art which would inspire him to hone this skill. Since then, Tusif Ahmed has created more than 500 fragile pieces of papercutting art.

It was not until he moved to Australia in 2006 from Pakistan that he began creating papercutting art pieces. It all began by chance in his early days here.

A unique feature of papercutting is that each artwork is created from a single sheet of paper, which remains intact despite the many cuts in it. In 2019 Mr Ahmed’s famous work, Bismillah Series, was exhibited in the Islamic Museum of Australia in Melbourne, which he is very pleased about, as it is an iconic venue for the Muslim community that is also open to diverse Australian audiences.

“I added Islamic traditions to my work including Arabic calligraphy so that it suits the Islamic museum,” he told SBS Urdu. 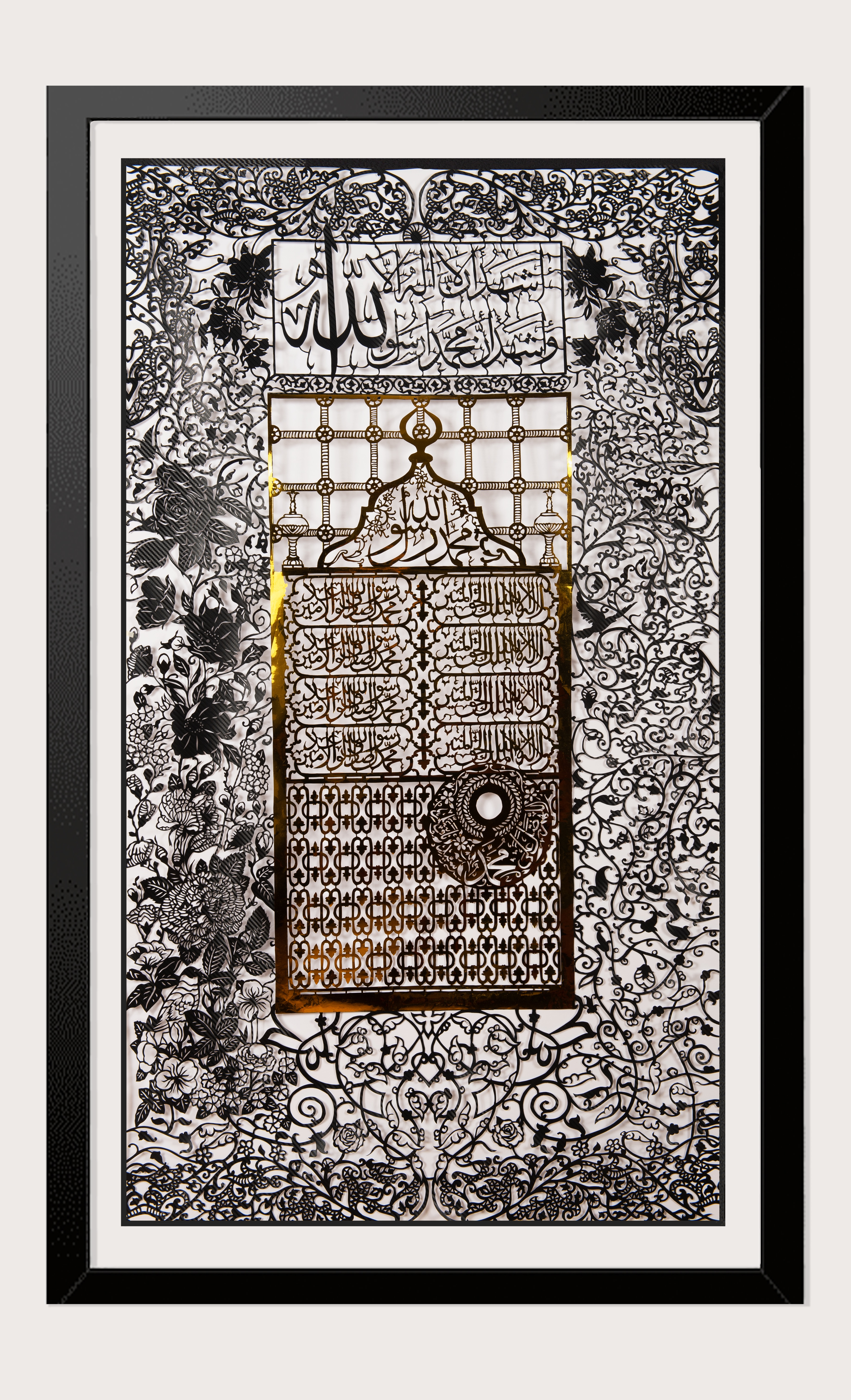 Mr Ahmed wants to achieve two-goal with his art: to amaze the viewer with an art piece that is precise, detailed, unique, and delicate. And, to use his art to “build bridges of understanding”.

He thinks his work encourages people to spend time examining its intricacy, ask questions about the associated stories and Quranic verses that are represented, and share their own stories about faith and life. Mr Ahmed has exhibited his work in many countries
Tusif Ahmed

Although he is not a native Arabic speaker, most of his work either depicts Quranic verses or illustrates historical Islamic events.

He told SBS Urdu that he is now learning Arabic and has been attending online Quranic study courses regularly.

“I am very keen to understand the message in each Quranic verse that I work on. To understand the background, I take leads from scholars’ lectures and attend Arabic language classes”, he explained.

“Arabic classes and lectures have helped me understand the interpretation and story behind the verse that I select for my papercutting artwork,” Mr Ahmed added. The exhibition in St John's Anglican Church in Perth was part of Tusif's efforts to use his art work to bridge the gaps between the communities.
Tusif Ahmed

After the Christchurch attacks of 2019, his work also exhibited in St John's Anglican Church in Fremantle.

Outside Australia, his work has been exhibited in the US, Canada, Pakistan, the Middle East, and the UK.

Mr Ahmed says that each of his art pieces ignites interest amongst the viewers, who then get “excited enough to find commonalities between Islam and their own faith”.

He says he “crafts the stories behind Quranic verses” through papercutting. 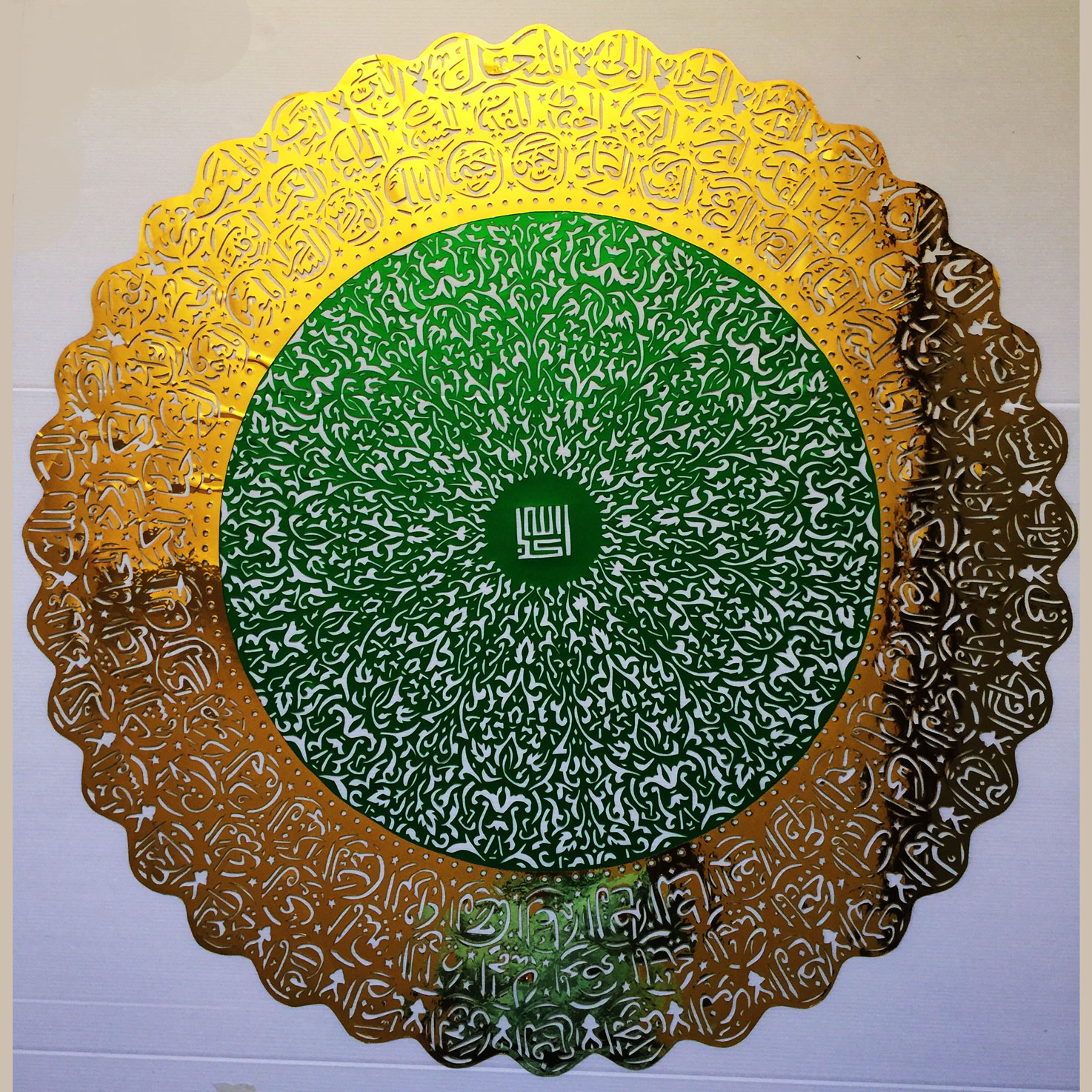 “I try to build bridges amongst Australians coming from different cultural and religious backgrounds and faiths”, he added. 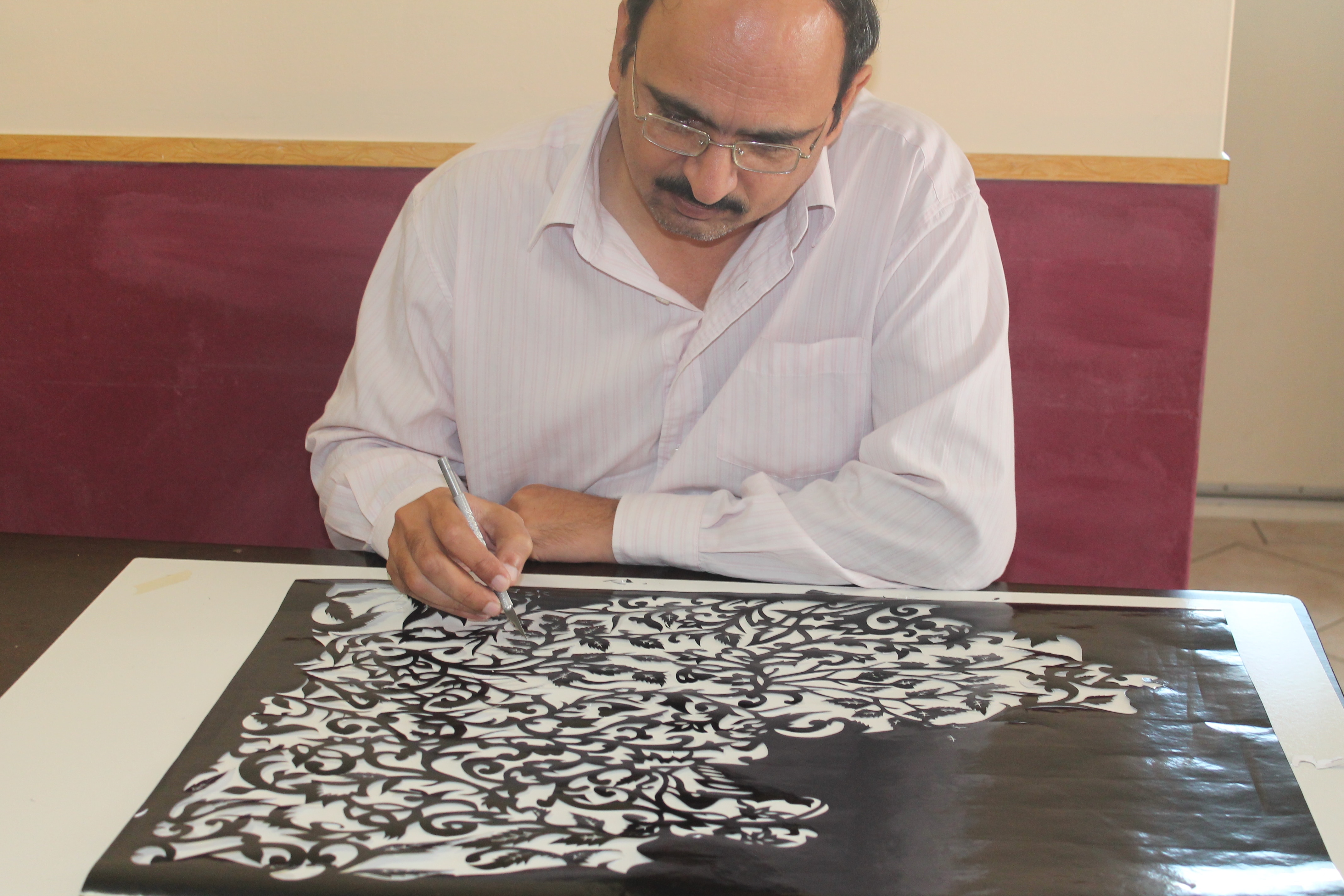 The beginnings of Mr Ahmed the artist can be traced back to his younger days in Pakistan and the Middle East.

He had his first brush with art at the Arts Council of Pakistan in his native city of Rawalpindi, near Pakistan’s capital, Islamabad.

There, he had the opportunity to spend some time with renowned calligrapher and artist Sadequain. 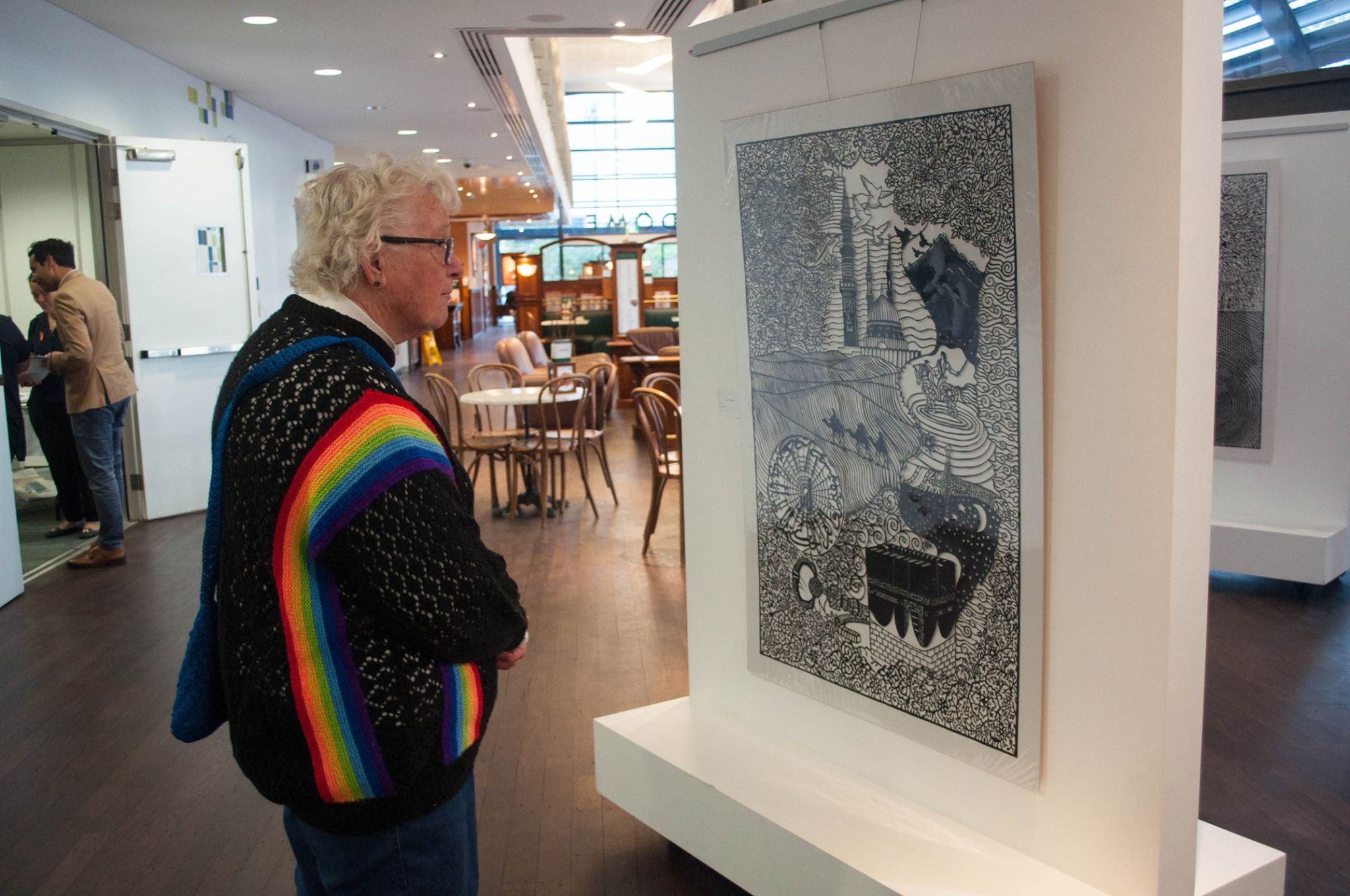 He now wants to further his skill by imparting it to others.

Mr Ahmed conducts workshops and gives lectures in his area of expertise.

“I wish to establish an Islamic art gallery in my home state of Western Australia and work towards setting up an art gallery for newcomers,” he said. 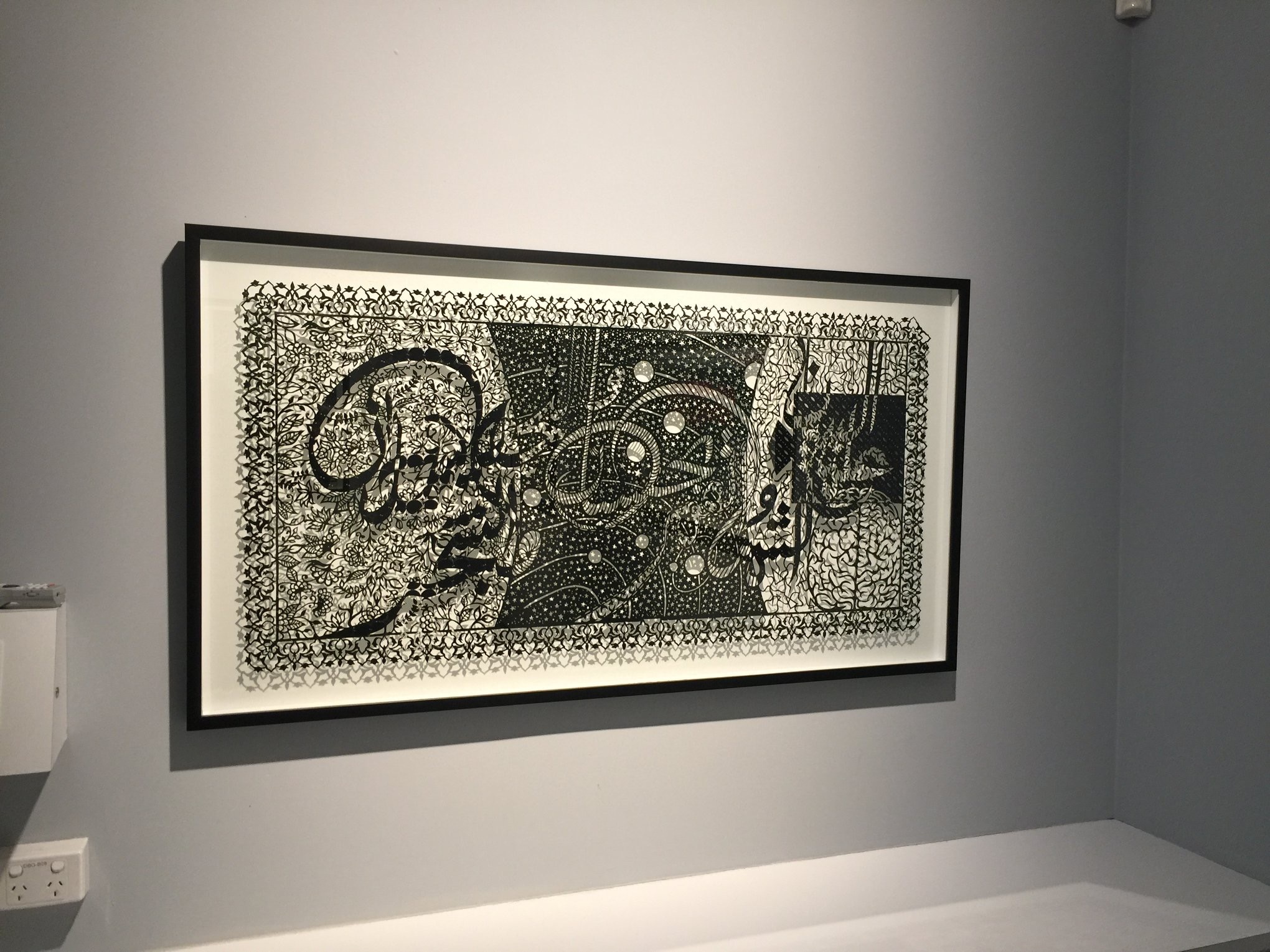 Tusif Ahmed's art pieces have been displayed at various galleries across the world.
Tusif Ahmed

During the slowed-down pace of life during the pandemic, he says that he was able to devote more time, concentration and dedication to his art, which it demands.

“I availed the opportunity of working from home to complete three major projects which were pending and are now almost in their completion phase,” concluded Mr Ahmed.