Mr Vohra said Australia and India are both democratic countries and everyone is allowed to express their dissent and opinion.

"But it should always be within the rule of law, which is also a part of democracy. People should discuss issues but their difference of opinions shouldn't turn into enmity," Mr Vohra told SBS Hindi in an interview.

The unity of the Indian diaspora is valuable and it must be guarded. It's this unity that gives recognition to the Indian community.

Mr Vohra was responding to tensions among members of the wider Indian community on various subjects, including the farmers' protest and Tiranga Yatra (marching with Indian flag) in Sydney.Mr Vohra denied that Overseas Citizens of India (OCI), who participate in the so-called anti-India activities or fuel tensions between the communities, will be refused entry to India.

India remains an open country. OCI cardholders can visit India at any time. There are a few elements that have a lot of nuisance value, so it is important for the community not to give too much importance to such fringe elements. "Last year, in June 2020, we upgraded our relationship to a comprehensive strategic partnership. We have been discussing important issues and currently negotiating a comprehensive economic cooperation agreement," Mr Vohra said.

"We have ambitious timelines for this and are expecting something will materialise in the coming weeks and months," Mr Vohra added. Mr Vohra said he doesn't see an expansion of Quad, a strategic dialogue between India, the US, Australia, and Japan, in the near future. The four countries had come together after the 2004 Tsunami in Southeast Asia.

"People talk about Quad plus. The four countries can work with another country on an issue and take their help. But there is no discussion on adding new members to Quad," he said. 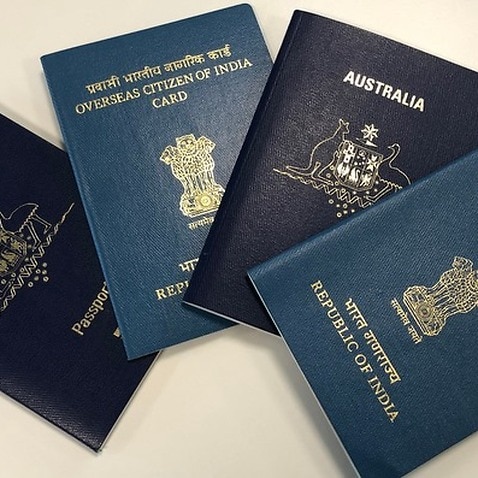 "He wanted to travel to India last year, but for certain reasons, he couldn't. So, it's a pending visit. We will be delighted whenever he could find suitable dates," he said.

After the last Quad meeting in September, Prime Minister Morrison had said he was looking forward to travelling to India on the invitation of Prime Minister Narendra Modi.