Dr Moninder Singh JP has a long standing association with Australian Labor Party and now he has the privilege to represent them in Blacktown City Council. He is elected from Ward 1 in Blacktown council.

“This is quite a significant victory given this ward has always been a safe Liberal area.  Since 2004 Labor has never won two councilors from this ward,” Dr Singh added. “In the previous parliament election we lost Riverstone to Liberals with a big margin.”

“But with overwhelming community support we not only covered 7% vote deficit over Liberals but won the 2nd councilor position as well for ALP by 3.42% lead and 1167 votes margin." 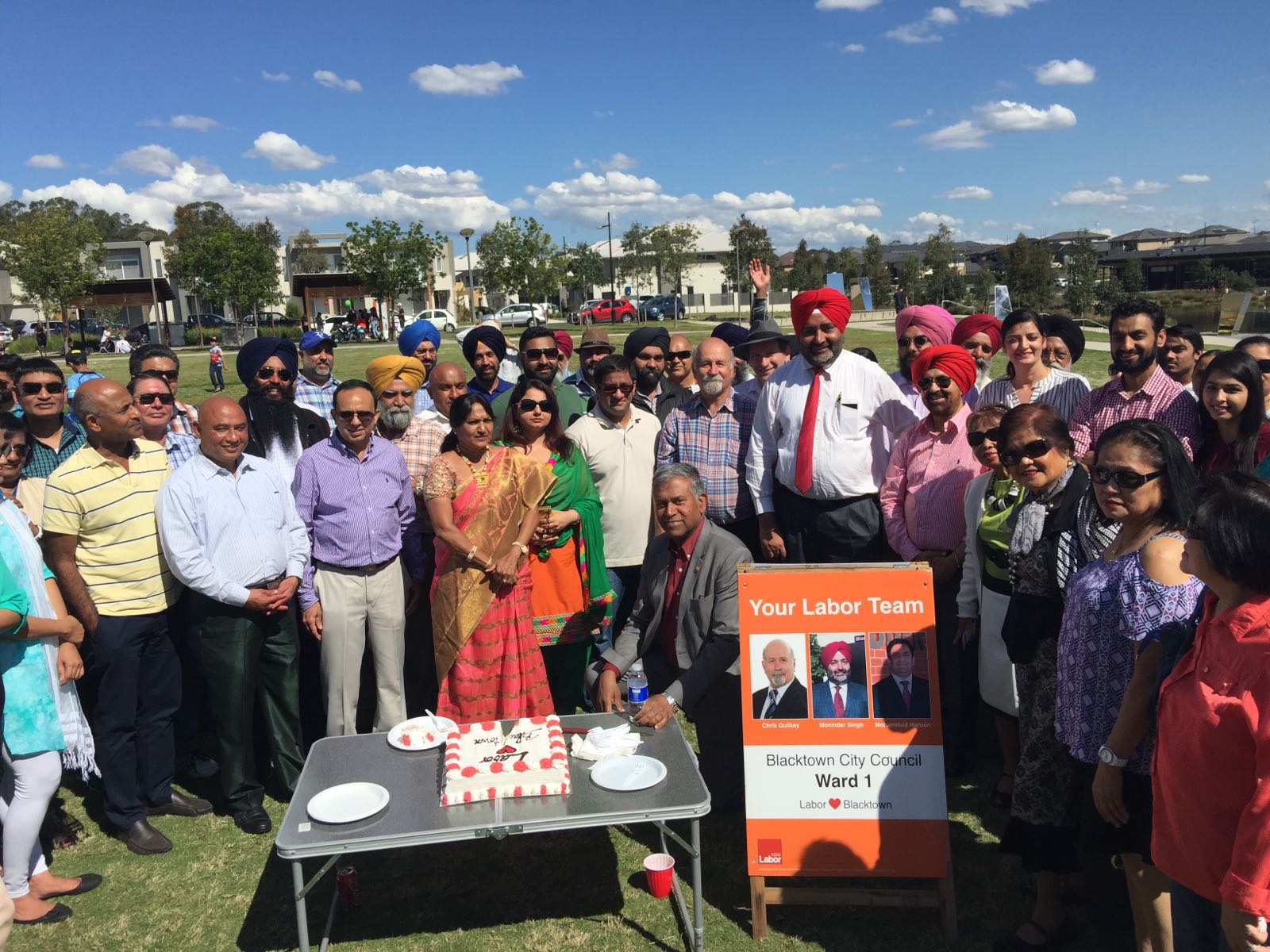 “I along with all my family members, friends and supporters thank whole community for the overwhelming love and support.” Mr Singh said he is committed to mayor Stephen Bali’s vision for Blacktown, including attracting a multi-faculty university to the city.

“We need to work for a better and sustainable future for Blacktown. The way we are growing, we will be approaching the half-million mark very shortly. That is equal to what we have in Tasmania today,” he said.

A former University Professor, Dr Singh moved to Australia with his wife Komal Preet Kaur and two kids in 2001. He hails from village Burj Sidhwan near Malout, Punjab.

He joined Punjab Agriculture University (PAU) Ludhiana in 1978 and did his Bachelor and Master of Science, and PhD degree in Agriculture. He served at PAU till 2001.