When Antoine* started working at a Sydney design and construction firm, he didn't think his engagement would end after a week, and in the fashion that it did.

As an architecture graduate from Egypt with more than 15 years of experience, and having worked at a number of universities as a lecturer in Building Information Modelling, the Egyptian-Australian was confident that his latest job opportunity would open doors in the country he migrated to eight years ago.

However, a dispute arose with his client after a week regarding the amount and method of payment.

Antoine ceased work with the company and admits having made a mistake in not signing an official contract at the beginning of his working agreement with his now ex-client.

I advise everyone to insist on writing and signing an official work contract before starting any new job no matter how friendly the person may seem in the beginning.

Following weeks of back-and-forth communication trying to resolve the issue, Antoine received an email from his former client which he claims included racial slurs and insults targeting his Egyptian heritage.

The email included the lines, "Probably in Egypt, it is quite normal to behave like this, argue, be narrow-minded and objectionable, as well as lie, cheat and steal regarding agreements you make."

"No doubt this is what makes Egypt a sh*t place to live in the first place and then also probably the reason you left," it continued.

"It always surprises me when people leave their home country for a better life, giving up their culture and origins, to live here in Australia, then proceed to behave in the same idiotic ways that make their own home countries sh*t places to live in the first place."

Excerpt of the email allegedly sent to Antoine from his former employer.
supplied

"I found myself with no words. I don't know what gave this person the right to judge Egypt.

“But to me, his attacks were an indicator of his level of education." 'I'm grateful for my life': Hero student Noah saved his 94-year-old neighbour from a house fire

The two men are currently in litigation at a Sydney small claims court over payment, though Antoine feels that his former client should face additional penalties over the email.

He said he's taken his grievance to a number of regulating bodies of architecture and design, to strip his ex-client of his license to operate.

The episode “wasn’t the first time” Antoine had been exposed to racism in the workplace during the years he has been in Australia.

"But even then, it was never so direct and clear as this was."

Despite his experiences, he doesn't believe racism is deeply rooted in Australian society and views his previous brushes with discrimination as “isolated cases”.

Antoine’s ex-client told SBS Arabic24 that his grievance with his former worker had “nothing to do with race” and was “more about integration", or what he believes, the lack of integration of people from Arab countries.

He doesn't accept or deny that he sent the email. Australia's Racial Discrimination Act makes it unlawful to discriminate against a person because of his or her race, colour, descent, national origin or ethnic origin, or immigrant status.

Receiving racial or ethnic slurs based on background or language or religion could fall under racial discrimination law.

He said the law in New South Wales prohibits the use of language that incites hatred or makes fun of anyone based on their ethnicity.

“If someone directs comments at someone else based on their race, skin colour, religion or sexual orientation, that may be on the edge of defamation or it could be racial discrimination.

“Spreading hateful comments about someone's culture, background or group of people they may belong to, could be classified under racial vilification.

“Those charged with racial discrimination could be liable to pay penalties. It's left up to the courts to decide how much.” 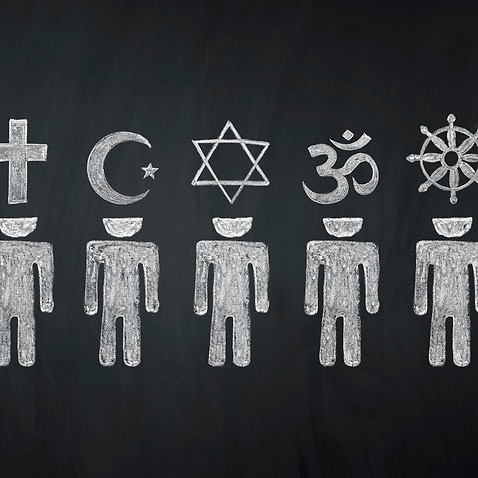 Why an Arab Australian chose atheism: 'I don't have to believe in God to be a good human'

In Antoine's case, Mr Al Husseini said mentioning that certain people come from a "culture of lying" falls under the category of racial discrimination, defamation and racial vilification.

“It's important for immigrants and people from ethnic backgrounds to recognise the difference between objective criticism to our work and actual racial remarks.

“Some people accept racial discrimination in the workplace because they feel desperate to keep their job. They have to speak up and never take these comments lightly.”