The International Energy Agency (IEA) has hailed India's efforts to electrify all its villages. This mission was completed two years ahead of schedule.

A report published by the IEA and the World Economic Outlook (WEO) claims that electricity reaching every Indian village is "one of the greatest achievements in the history of energy."

According to the IEA's India Programme Manager, Bruce Murphy and Hannah Daly, from the WEO, "since 2000 around half a billion people have gained access to electricity in India, with political effort over the last five years significantly accelerating progress .. This will improve the lives of over 230 million people."

The authors also highlight India's endeavour to provide clean cooking facilities, saying "Almost 36 million LPG connections have been made since Prime Minister Modi and Minister for Petroleum and Natural Gas, Mr Dharmendra Pradhan, launched a scheme in May 2016 to provide free connections to families living below the poverty line." 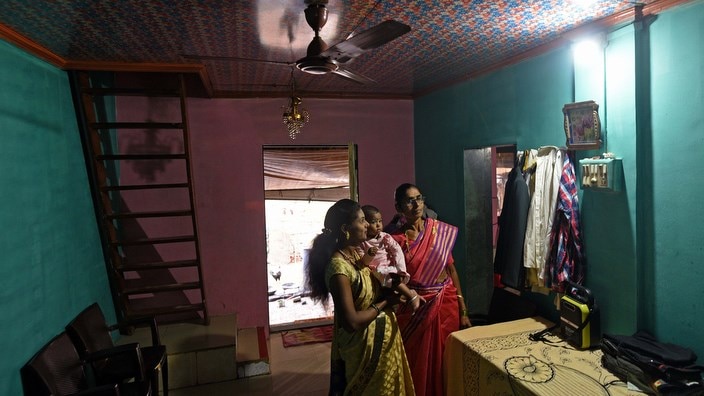 “If people don't burn wood or cow dung in their houses, this will benefit people’s health. It will also increase people’s economic activities. It will also be good for the environment if people use electricity instead of burning wood.

"In India, currently, renewable energy accounts for 7-8% of electricity generation including wind and solar and this is around double the amount of energy generated from of nuclear power."

According to Reuters, recent government data showed that 597,464 census villages have now been electrified. When Modi took office in 2014, there were just over 18,400 villages without electricity.

I am sorry to say sir
This is not the correct information what is in circulation by government, still many villages are waiting for electrification work... I am also a resident of a village where electrification not done and on my several request I'm being asked to wait. An Indian woman and her children sit on a bicycle rickshaw near high tension electricity towers on a roadside in New Delhi, India,
AAP

Mr Bhandari says another factor could prove to be important. "There is direct benefit transfer scheme for LPG and Kerosene, it will be necessary to adopt a scheme like that. If they give electricity at a subsidized rate, the problems in the electricity sector like electricity theft and losses will increase.

It will be better if electricity is sold at the correct rate and for those who are poor, the amount of subsidy can be directly transferred to their bank account. I think this will help in providing electricity to every household, at a faster rate."