'Every right to whinge': Children assess their pandemic experience and ScoMo's performance

DOWNLOAD 14.5
SUBSCRIBE
Children offer their assessment of the coronavirus and the government's performance in managing the pandemic. Source: supplied

Seven children from Australia’s Arab community agree that Prime Minister Scott Morrison is managing the country's coronavirus crisis "very well", but some have "constructive" proposals of their own.

Social isolation restrictions have no doubt affected the entire nation, especially people in the adult world.

While many missed out on hosting and attending social gatherings, scrapped overseas travel plans, or tightened the purse strings due to job instability, life has changed significantly.

But how has the pandemic affected the often unheard members of our society?

While it may vary from individual to individual, there's no doubt that children have also copped it.

The questions revolving in their minds are abundant, as they are also affected and influenced by their own new reality.

How do they spend their days away from their friends, family and the classroom? Are they afraid of the future? Do they even know what the coronavirus is?

These are some of the questions SBS Arabic24 asked seven children living in Sydney and Melbourne. 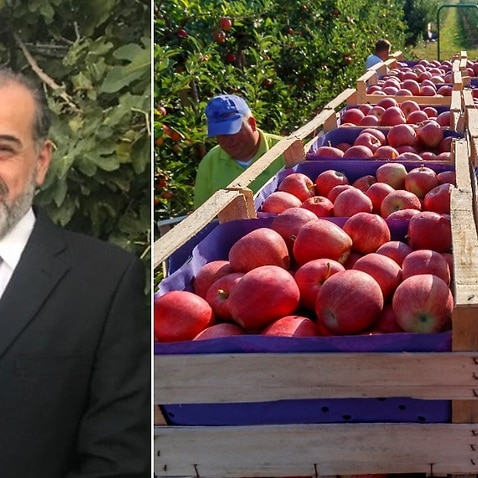 “It's an illness” or “it's something strange that moves between people and infects them.”

This is how Muhammad Al-Tamimi and Ziena Muhammad, both aged under 10, answered the question, what is the coronavirus?

Eleven-year-old Anna-Mae Abdallah answered in more detail: "It is a virus that transmits between people and causes problems in their bodies."

While seven-year-old Ziad Mahmoud’s answer provided a stark reminder of the dangers associated with the pandemic: "It is a virus that kills people, and it can kill me as well - I do not want to die."

How has the pandemic affected you?

As if we are from another world, it may not occur to many adults that children have also been uprooted.

Those who watch from afar may hold misconceptions that video games and social media are the main pillars of their lives, but these children provided answers to the contrary.

“I can no longer meet my friends,” was the most common answer expressed by all seven children when asked how the pandemic had affected them.

Munir Al-Tamimi, 16, says it has made him more appreciative of the time he gets to spend with the family outside of his home in Melbourne, as a result of the harsh restrictions that have been in place in Victoria for more than two months.

He says he was prevented from enjoying the vast outdoor spaces provided by his city, as well as the cafes along its wide sidewalks. What about distance learning?

Melbournian Lara Atteya, 10, admits that the idea of studying at a distance was appealing at first," but after a while, it became stressful and boring".

As for high school student Munir: "There are subjects that are difficult to understand online."

If we adults recall our own days at school, we'd remember that waking up early wasn’t the best feeling.

Lara’s sister Haya agrees but admits that not having to wake up early isn't as good as she thought it would be: "At first I thought it was the best decision ever because I don't have to wake up early. But it turned out to be very boring and I didn't want to do my homework, but I had to."

Anna-Mae has a different opinion: "It was difficult because when we finish our assigned work, we had to call our teacher to give us more homework.” Are there any positives from the pandemic?

Just like adults who are forced to work from home and enjoy the freedoms that come with it (such as attending meetings in casual wear), most children were also allowed to shed the burden of wearing their school uniforms.

Muhammad said: "What I like most about coronavirus is that I sleep more, and it gave me a break from seeing my teachers daily."

On the other hand, in Melbourne in particular, sisters Lara and Haya took advantage of the "confinement" at home.

We wake up whenever we wanted and spent our days in pyjamas.

As for Ziad Mahmoud, he was appreciative of the "blessing" of his father's presence at home for a longer period of time to "play soccer together”.

Many adults like to Netflix and chill – but what do children do when they're bored?

It is interesting how Netflix and other digital platforms have infiltrated the lives of many teens and adults, as it has become one of the few means of entertainment during long periods at home.

The effect on children was surprisingly similar. Haya says: "I watch movies on Netflix or browse social media."

Zeina Mahmoud prefers the more classic approach: "I like to paint and take pictures of myself."

And Lara says she is trying to balance going out in a way that does not exceed an hour of exercise during the height of the pandemic, as well as spending time "remotely" with her friends playing games over the internet. What is the first thing you will do when the crisis ends?

Perhaps the pandemic has reminded children of the importance of in-person interaction.

The first thing that Muhammad - the child who is relieved at not seeing his teachers daily - will do when the crisis ends is meet up with his friends face to face.

Ziad says he will go immediately to the clothing store because he expects to get bored of wearing pyjamas all the time.

Anna-Mae and Lara agree on the idea of traveling abroad as soon as the crisis ends.

Anna wants to visit Lebanon to see her grandparents. As for Lara: "I will travel to Egypt, Greece and Hawaii."

It seems that she did not think about the vast distances that separate the destinations she wants to travel to.

How would you manage the crisis if you were the prime minister?

It’s doubtful that most children would take a grasp of polls in relation to the performance of Prime Minister Scott Morrison and the federal government, but you’d be surprised what they think about regarding the management of this once-in-a-century crisis.

Anna-May assesses Mr Morrison's performance in terms of the JobKeeper and JobSeeker initiatives: "The prime minister did a good job when we were put in quarantine and restrictions, but there are a lot of people who have lost their jobs and that is why he is giving them financial assistance."

“But I would have created more jobs for the many who lost it,” she added. If Lara was in the top job, she would explore more radical solutions: “I would have worked to produce the vaccine faster."

Haya says: “If I was the prime minister, I would have searched for a drug to treat the symptoms associated with the disease in coronavirus.”

Zeina would've taken a similar path to New Zealand in trying to eliminate the virus in the country.

“I would have imposed two weeks of complete closure on everyone and not going out for any reason to stop the spread of coronavirus faster." As Melbournians, what’s your message to the rest of Australia?

"We have every right to whinge because now we are under a second or third lockdown and that is too much."

With these words, Haya described her frustration at the strict measures imposed in Melbourne to confront the second wave of infections.

She went further by saying that children in other states “do not see this aspect of her life”.

We'd like to be able to get out of the house and live a normal life like them.

Ziena says: "I feel that we are unlucky. We live in Victoria, which is undergoing lockdown alone."