Lebanon's top Muslim clerics are expected to gather to discuss ways to combat the high prevalence of Islamic radicalism within Australia's Lebanese community.

A conference to discuss strategies to combat Islamic radicalism within Australia's Lebanese community is being slated for September 12 and 13.

Mr Khairallah told SBS Arabic24 that Lebanon was selected as host because the country’s clerics worked as a reference point for clergies in Australia, and would have influence.

"I have found during my research about terrorism and my conversation with Lebanese officials and top religious leaders, an odd phenomenon, radical people are coming from Australia to Lebanon," he said. "We proposed to hold this conference here [Lebanon] so we can have all religious leaders in Lebanon involved along with Australian activists."

Mohamed Khairallah (3rd from left) with other board members from the Victorian Lebanese Community Council.
Facebook

Mr Khairallah said the conference would primarily focus on the ideological aspect of radicalisation.

He said the Victorian Lebanese Community Council had spoken to the Australian immigration minister and other government officials, who "agreed that tightening security alone was not a solution".

"This radicalisation phenomenon is odd since Australia is a tolerant society that brings together different religions and cultures," Mr Khairallah said.

"We didn’t get to the core reason why there is radicalisation, but from interviews I conducted with radical people, some spoke about discrimination at school, others talked about being alcoholics or on drugs and getting involved with the police or in shootings.

"These people were counselled by Sheikhs or Imams but they ended up turning from drug addicts to radicals to 'redeem their sins'."

Mr Khairallah said he identified that the situation in Australia was a "rarity" among Lebanese diasporas.

"Unfortunately, this phenomenon exists only in Australia. In the Lebanese communities in Europe, the US and Canada this doesn’t exist. It is a strange matter and we want to know why radicalisation happens in Australia in particular." A spokesperson from the Australian Department of Home Affairs didn't confirm or deny whether government officials planned to attend the conference in Lebanon.

"The Australian government is committed to keeping Australians safe from all forms of violent extremism, strengthening social cohesion, and building resilience in our communities to violent extremist ideologies," the spokesperson told SBS Arabic24.

"The Australian government works closely with state and territory counterparts to deliver intervention programs that are ideologically neutral, and cater for all potential drivers of radicalisation."

Since 2013-14, the federal government has allocated more than $53 million to countering violent extremism (CVE) programs, including more than $13 million for intervention programs.

"Our government is committed to supporting communities who are at the forefront of our prevention and early intervention efforts," the spokesperson said.

"Interventions can include support from a range of community organisations, including local religious leaders, psychologists, employment services, as well as social and cultural activities.

"The nature and mix of services provided is unique to each individual and depends on their assessed risk and needs."

He said there was validity to Mr Khairallah’s assertions about radicalism within the Lebanese community in Australia. He said it came down to a number of factors, including the size of the diaspora, socio-economic status, age, intergenerational trauma and "anti-Islamic rhetoric" from the media and the government.

“Part of the explanation is the Lebanese who came to Australia tended to be from lower socio-economic backgrounds, who are less educated as well. The Lebanese who tended to go to countries like the United States, for instance, they’ve been described as being more professional, more secular and highly educated," he said.

“The other factor here is age, we tend to see in radicalisation studies across the board, not just in relation to Islamic radicalisation, but in general, we see that to be a phenomenon that’s often associated with young people and we know that the Muslim community in Australia is relatively young." 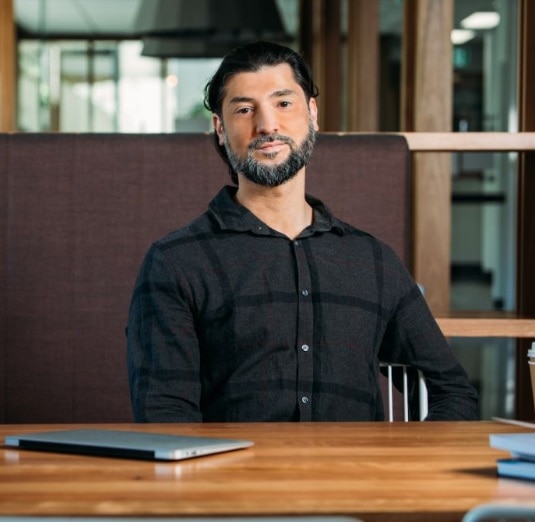 The idea of intergenerational trauma was a factor that Associate Professor Rane said was a key contributor.

"We know that the Lebanese in Australia came largely as refugees and they were fleeing the civil war in Lebanon. Back in the 1970s, Australia didn’t have the services to adequately provide counselling to people who were probably in need at that time," he said.

"It has manifested in certain conditions within households and perhaps it has had an effect to limit the extent to which social mobility could take place within Lebanese communities.”

The announcement of the conference comes after federal and NSW counter-terrorism police arrested three men after raiding six properties in Sydney's west on July 2.

It is not clear whether the men were of Lebanese heritage, however, one of the men was monitored for the past 12 months since returning to Australia from Lebanon where he's known to authorities.

There have been a number of Australians of Lebanese heritage charged with terrorism-related offences since 2014 when a suite of new anti-terrorism laws were passed.