The Fairfield City Museum and Gallery's (FCMG) artist in residence Niramsein Yakou with the Mayor of Fairfield Frank Carbone officially opened the Fairiety Show on March 12, an exhibition of multicultural Fairfield in an audio-visual presentation.

Niramsin Yakou could not hide his excitement and joy for having his work finally been displayed after two years of delays due to the pandemic.

He is showcasing the face of Fairfield and what it means to be part of this city that is one of the most multicultural cities in Australia. He is exhibiting its diversity, harmony and uniqueness.

SBS Assyrian was invited to the opening and interviewed some of the guests and asked them about this show having five original songs on a video clip projected on three synchronised screens.

The major sponsor for Mr.Yakou was the Assyrian Australian Association with other sponsors like FCMG and businesses. 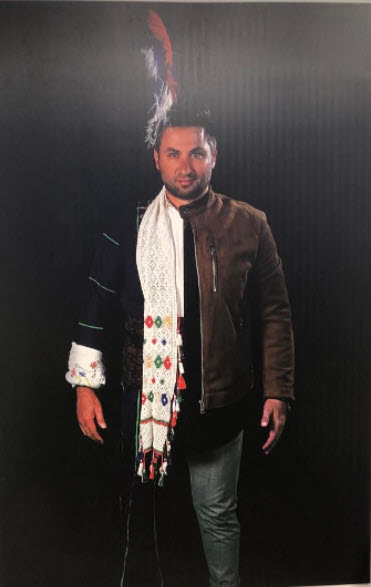 Niramsin with this poster wearing an outfit that resembles the traditional and modern attire
niramsin.jpg