Gaza resident Atif Issa says he feels 'heartbroken' after the offices of his media production company were destroyed in an Israeli airstrike that targeted a nine-storey building.

He told SBS Arabic24 that the Israeli military had given prewarning to the owners of the Al Jawhara Tower that it would be targeted on Wednesday.

Mr Issa said his production company, Media Group, which provides content for radio and television outlets, was decimated in the strike along with the offices of about a dozen local and foreign media organisations, law firms, medical clinics, and retail shops.

“They warned us, we escaped while not being able to take any of our belongings,” he said.

The Al Jawhara Tower before and after the airstrike.
Supplied (Atif Issa)

“After a while, the tower was destroyed by three missiles as airstrikes from an F16 plane, and I think each missile has about 1000 kilograms of explosives. This caused the building to go down immediately.

“My memories, my belongings are all gone, but fortunately I had backed up my archive on a hard drive hidden in a safe place as a precautionary measure because we know what they are capable of doing and they can do this anytime.” 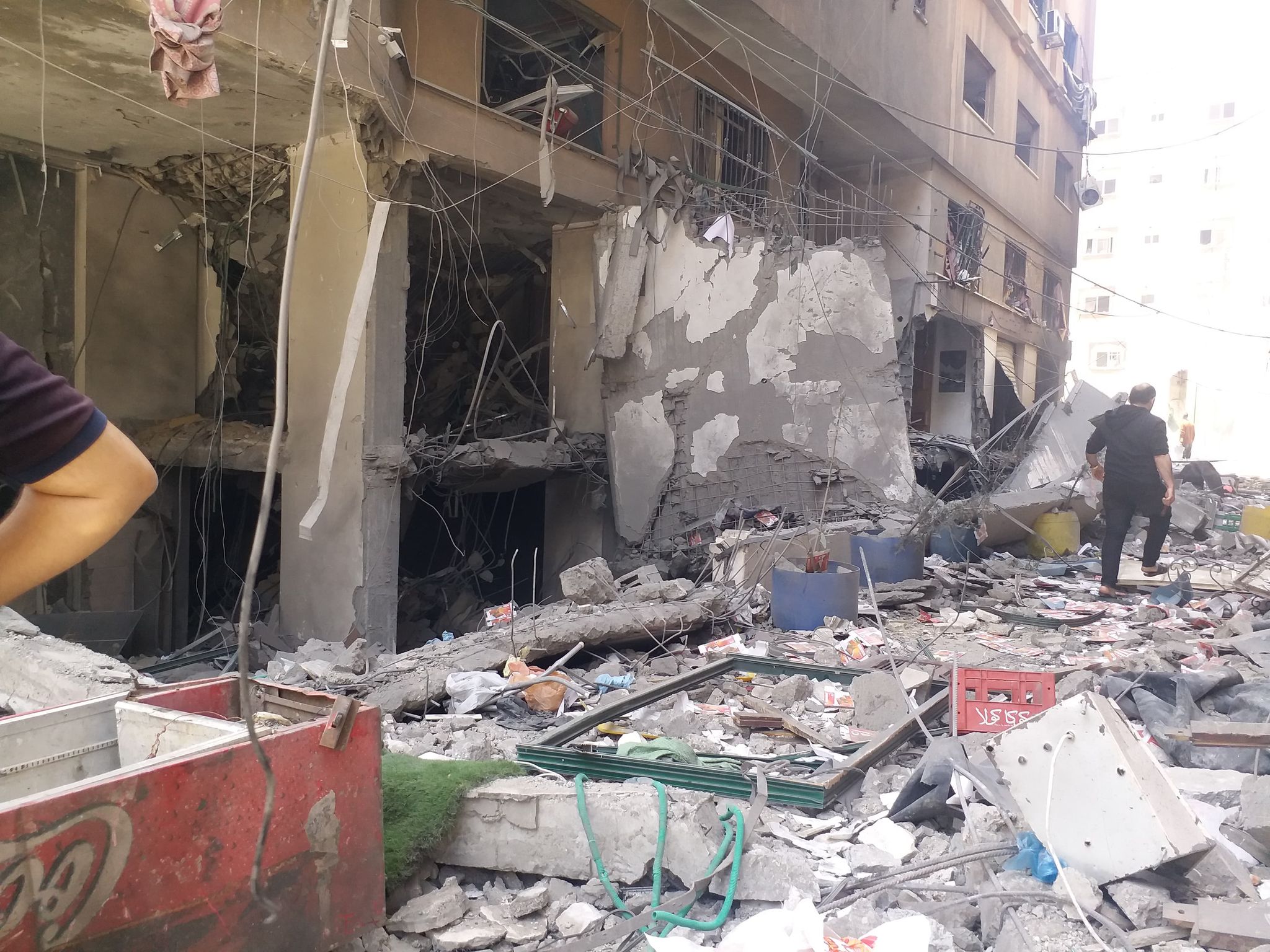 Damage from the damaged Al Jawhara Tower in Gaza City.

Hostilities between the Israeli army and Palestinian fighters continue to rage in the city, with Israel's army on Sunday saying it had bombed the home of the political leader of Hamas.

It came a day after Prime Minister Benjamin Netanyahu vowed to continue to strike in Gaza for “as long as necessary”.

The fighting has seen 197 people killed in Gaza since Monday, along with 10 in Israel, according to authorities on either side. Palestinian health officials say more than 200 people have been wounded in the Israeli airstrikes on Gaza.
AAP

Israeli authorities said its "continuing wave of strikes" had in the past day struck over 90 targets across the Gaza strip, including the destruction of a 13-floor building housing news media organisations including Al Jazeera and the Associated Press, which sparked an international outcry.

Mr Issa said as the airstrikes continued, more people were evacuating, though the fear of Gaza’s residents was heightened at night.

“The war intensifies at night, no one sleeps. We all stay awake awaiting what may happen. I don’t think there is an area that has not been attacked in Gaza.”

Despite experiencing "heartbreak" over losing his company, he said it “does not equate to a drop of blood from a Palestinian person”.

After evacuating from the building, Mr Issa immediately went home and watched the airstrikes play out on television.

“It is hard to see it being ruined in front of my eyes. The operation took some time and I was watching with a heavy heart. It was like being taken to an execution platform, you have the rope around your neck, and wait but the execution is delayed. 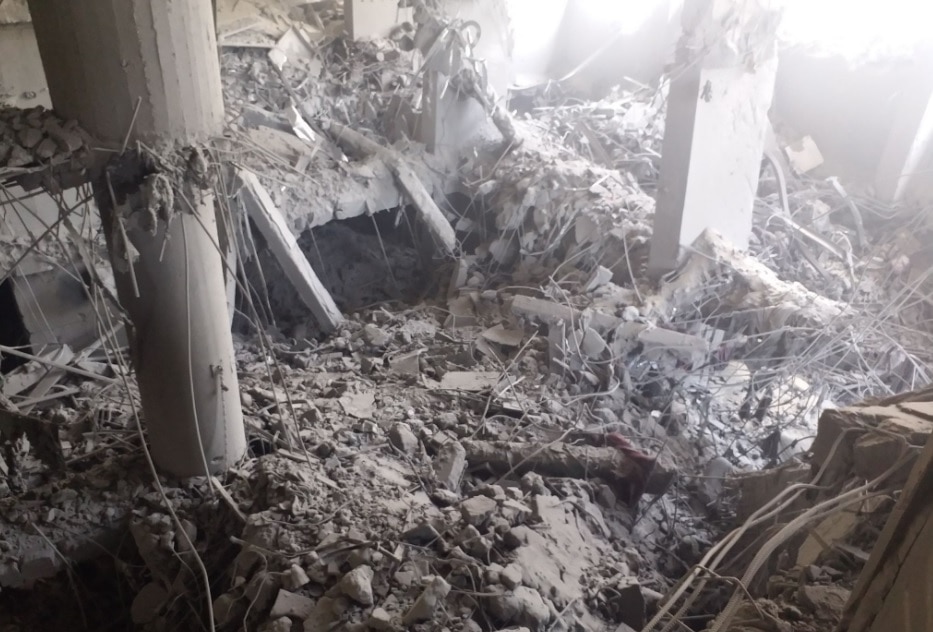 The damage from inside the tower in Gaza.
Atif Issa

“I was hoping that they attacked it quickly, so I can be relieved from the feeling of suffering.

“It is true that these are massive financial losses, but the Palestinian people are more important.”

He said his company's journalists continue to report live on the ground using remote equipment, and that the airstrikes "will not stop the voice of truth".

"This is our work, and this is our mission and we will continue.”

SBS News: Why are Israelis and Palestinians embroiled in new clashes and what could happen next?

Mr Issa said the situation in Gaza has been made worse by the closing of the border with Israel, and the COVID-19 pandemic.

“No goods are allowed into the strip, including the fuel which will affect the electricity generating station.

“The Rafah crossing with Egypt is also closed except for transferring the wounded to get medical treatment in the hospitals in Egypt.

“The situation in Gaza is already disastrous because of the coronavirus crisis. People during Ramadan started to prepare for Eid, they started to buy clothes and gifts for their children, but this came to ruin all that.”