When Nezar Husseen secured a flight route from Iraq to Sydney after five months of trying, he was ecstatic and confident that it would mark the end of a difficult period away from home.

Unfortunately for him, the nightmare only continued due to a flight layover in Adelaide, where he has been in quarantine for almost a month.

When his plane touched down in Adelaide in early November, Mr Husseen submitted to the mandatory 14-day quarantine at the Peppers Waymouth Hotel.

The 44-year-old told SBS Arabic24 from his hotel room, that after his initial 13 days in quarantine, he packed his bags in anticipation of catching his connecting flight to Sydney the following morning, and then home to Wollongong.

Up until that point, he had registered a negative reading for every COVID-19 test he had taken. But to his surprise, he was informed that he was unable to leave as planned and would need to enter an additional 14 days of quarantine, due to the positive tests recorded by two security guards and a cleaning lady at the hotel.

On November 17, SA Health broke the news in a letter to guests that those quarantining at Peppers, which the State Government said is the source of the Parafield cluster, would be moved into "a range of other appropriate medi-hotels" for an additional 14 days.

Despite the setback, Mr Husseen didn't object and only asked to be moved to a different room, as his current room had one window that didn't open and overlooked the dumpster bay of the hotel. 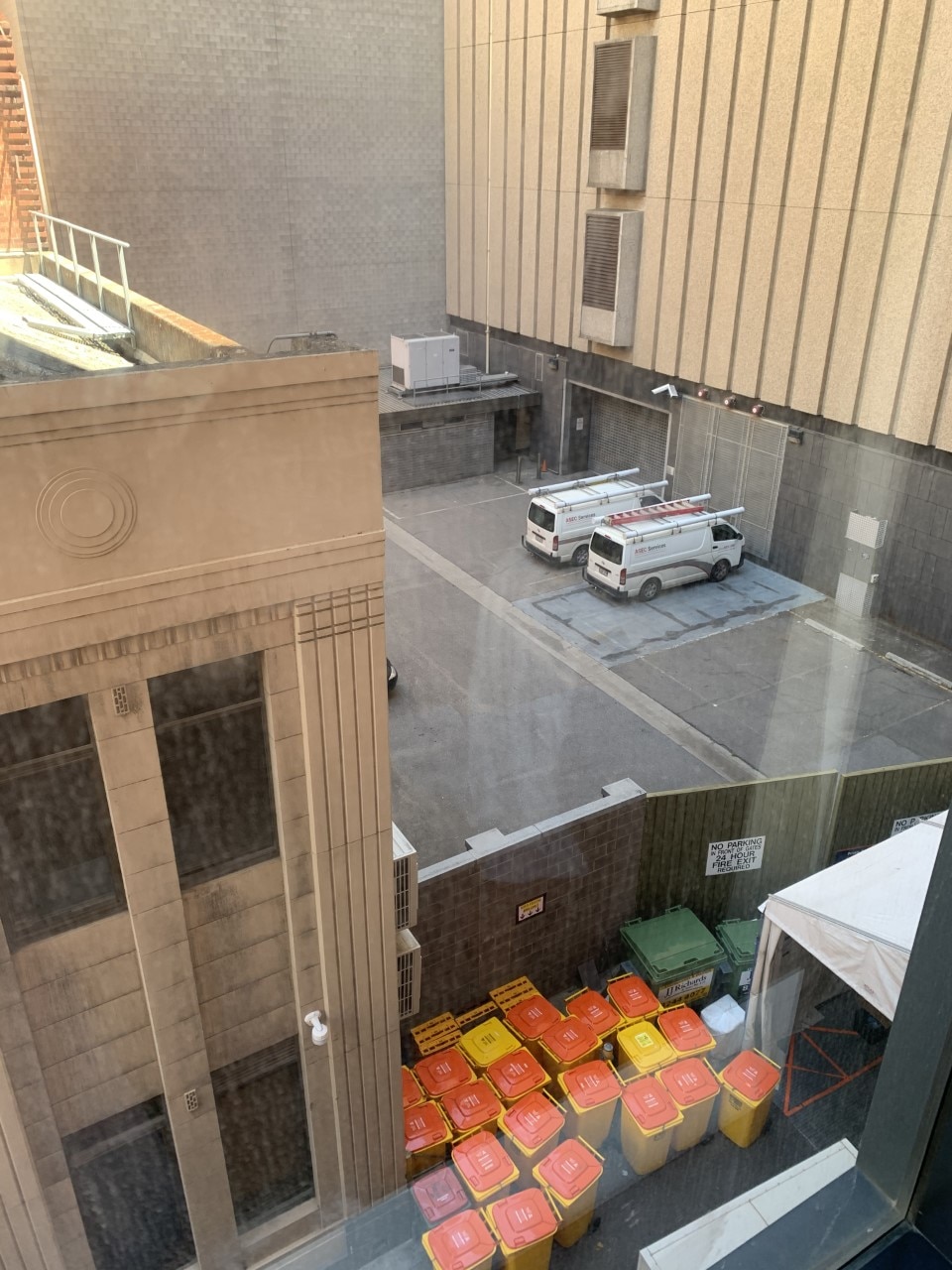 Nezar's room for the past 25 days overlooks the garbage dump at the hotel.
Nezar Husseen

Furthermore, he said the air conditioning unit doesn’t work which is causing discomfort in his sinuses and a “feeling of suffocation”.

"I begged to be put in a different room," he said.

He affirmed that although being assured he'd be changing hotels; this hasn’t happened. 'Our only hope': These refugees are willing to pick fruit for Australian residency

Over time, he said his mental health has deteriorated, and “feelings of depression" are beginning to ensue due to his confinement.

"The food was so terrible and when I complained, I was told the government is paying for the extra 14 days.

"I don't see people. I'm mentally exhausted and the situation is difficult." Nezar Husseen said the food quality at the Peppers Waymouth Hotel has been "terrible".
Nezar Husseen

Mr Husseen is set to be released from quarantine on Saturday.

SBS Arabic24 reached out to SA Health for comment about the case.

There are 38 active cases in the state, a woman in her 50s is the only person hospitalised due to coronavirus in South Australia.

South Australian Premier Steven Marshall announced that all positive COVID-19 cases in his state will be transferred from medi-hotels to a dedicated health facility.

People in Australia must stay at least 1.5 metres away from others. Check your jurisdiction's restrictions on gathering limits.
If you are experiencing cold or flu symptoms, stay home and arrange a test by calling your doctor or contact the Coronavirus Health Information Hotline on 1800 020 080. News and information is available in 63 languages at https://sbs.com.au/coronavirus
Please check the relevant guidelines for your state or territory: NSW,Victoria, Queensland, Western Australia, South Australia, Northern Territory, ACT, Tasmania.