A first-ever Australian study has indicated that Yoga can improve the lives of prisoners in Australia.

A study conducted by researchers at the Australian National University finds that prisoners could benefit significantly from the regular Yoga program.

The research report, published in the International Journal of Offender Therapy and Comparative Criminology, says the participants received significant mental and physical health benefits from the program.

"The study was both qualitative and quantitative," says one of the researchers Dr Anthony Hopkins who is a senior lecturer at the Australian National University.

"We looked at some psychological measures to determine whether there were any improvements in detainees experiences of anxiety and depression," Dr Hopkins told SBS Hindi.

"In line with international research, there were significant improvements demonstrated in various psychological measures."

"These are important outcomes because they are all crucial for the healthy functioning of the prison, and prisoners' ability to build strong relationships after release." Dr Anthony Hopkins is a Senior Lecturer and Director of Clinical and Internship Courses at the ANU Law School.
Supplied

The study was conducted in January 2017 with 10 participants under the ACT pilot yoga program to "identify the challenges involved in establishing a yoga program in a prison."

It involved ten male prisoners of the AMC prison "with security classifications ranging from minimum to maximum." They did not have any experience with Yoga and thought "the program was an unconventional and "weird" offering."

Nine prisoners, who completed the program, reported "improved flexibility, sleep and pain reduction," according to the report.

"We had detainees reporting things such as participating was increasing the level of peace and helping them to sleep," said Dr Hopkins, who is the Director of Clinical and Internship Courses at the ANU Law School.

The report says one participant reflected that it was something I looked forward to each week, towards feeling relaxed and calm. I would feel relaxed and at peace. 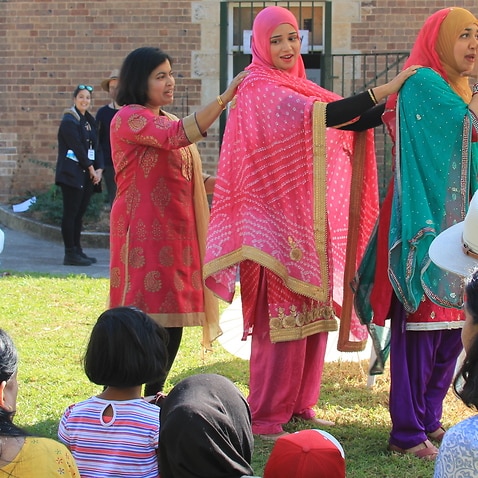 The researchers of the study believe Yoga can be a "cost-effective supplementary treatment" for prisoners with compromised mental and physical health, alongside professional medical care.

UK and Ireland are among the countries who offer Yoga and meditation classes in over a third of their prisons.