In a special event that took place on Thursday the Archbishop of the Greek Orthodox Church of Australia Makarios officially met for the first time with Greece’s Ambassador in Australia, George Papakostas.

His Eminence received a warm welcome from Mr Papakostas and embassy staff, with a dinner held later in the evening at the Hellenic Club. 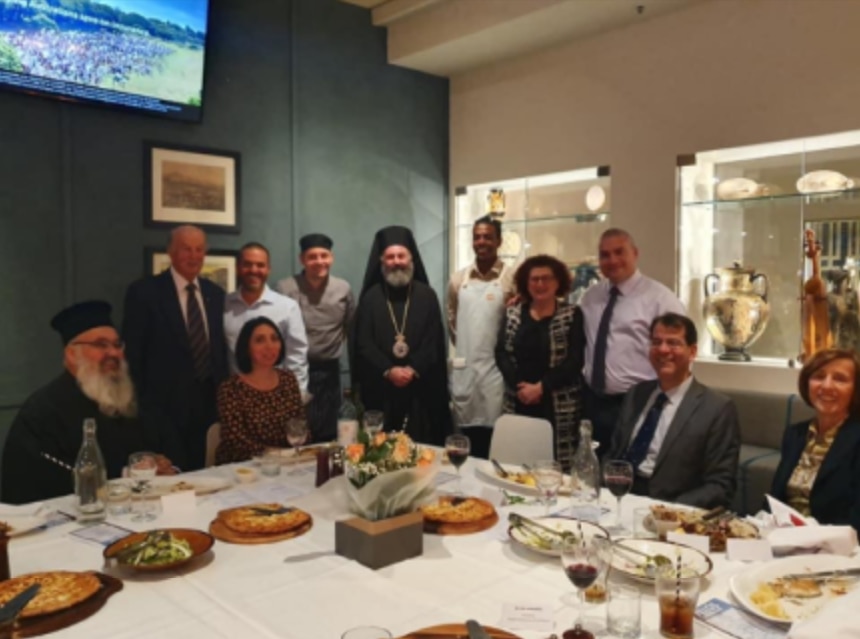 Present at the special occasion were the Head of the High Commission of Cyprus in Australia, Martha Mavromati, the President of the Greek Community of Canberra and Districts, John Loukadellis, parish priest of the Saint Nicholas Church in Canberra, Rev. Petros Kipouros, Mr Papakostas’ partner and Mr Konstantinos Nikias with his wife.

During the event, Archbishop Makarios was bestowed a Life Membership at the Greek Community in Canberra.

An upcoming visit at the Australian capital is scheduled for 5 July, with his Eminence expected to attend a service at the St Nicholas Church. Archdiocese: this is the truth for the unit purchased by the Consolidated Trust Diplomat George Papakostas is the new ambassador to Canberra