Fred Hollows Foundation has been working in Bangladesh since 2008.

“Since then we have been working in three divisions in Bangladesh - Barishal, Chittagong and Khulna division,” said Dr Zareen Khair, the Country Manager of the Fred Hollows Foundation in Bangladesh.

When she talked with SBS Bangla a few months ago, she explained the overall activities of the Foundation. However, this time the discussion was mostly about the services they have been giving to the Rohingya refugees in Bangladesh. The Fred Hollows Foundation first began its eye clinic in the Balukhali Camp in Bangladesh in September 2017. Nearly 600 refugees came, with one in six needing cataract surgery. Image from surgery at Cox’s Bazar
The Fred Hollows Foundation

According to the Fred Hollows website, blindness is 'one of those most prevalent conditions, with a cataract rate five times that of the local Bangladeshi community, which already has one of the highest rates of un-operated cataracts in the world.'

Dr Zareen Khair said that Rohingya people who have come to Bangladesh for Shelter have a high rate of cataract problems.

“Only one NGO, The Baitush Sharaf eye hospital, has been working in the Cox’s Bazar area. And they cannot afford to fulfil the need of that area,” she said. 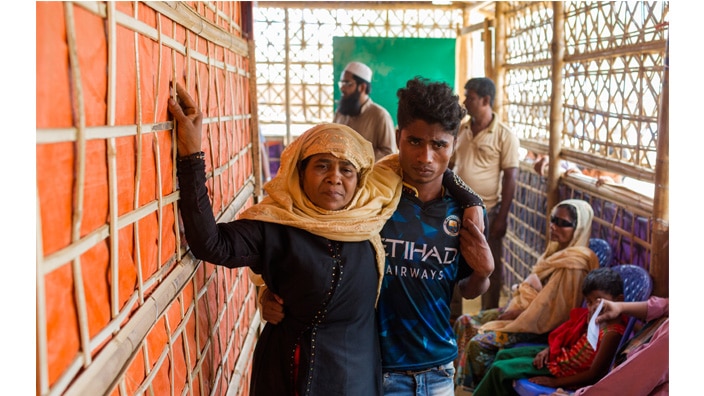 The Foundation says on their website that, the Rohingya people have told them they have never been able to see a doctor or visit a hospital.

Dr Khair also told SBS Bangla that blindness is one of those most prevalent conditions, with a cataract rate five times that of the local Bangladeshi community, which already has one of the highest rates of un-operated cataract in the world. 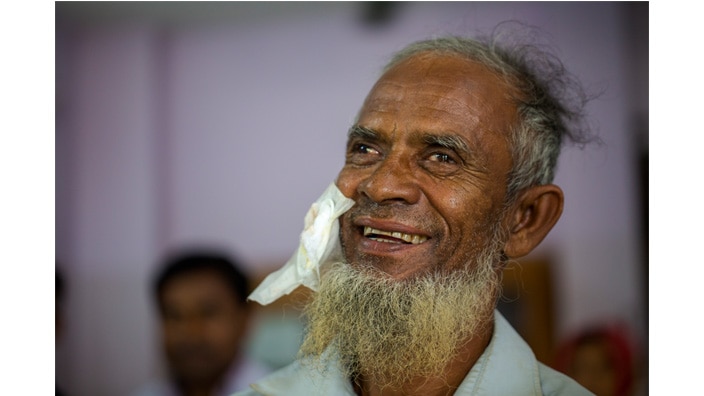 Rohingya refugees are not allowed to leave the refugee camps. The patients are transported from the camp into Cox’s Bazar to have their surgeries.

“We were thinking how can we expand the facilities of Baitush Sharaf”, said Dr Khair.

Cataract surgery is not possible in the camps now due to the possibility of infection. However, Dr Khair said, “Screening is being done in the camps and after that, the patients are referred to Baitush Sharaf.” The Baitush Sharaf workers take the Rohingya patients out from the camps with the permission from the appropriate government and military authorities for eye treatment and after that, they return them back to the camp again.

It is an hour-long journey to the hospital at Cox’s Bazaar, where they are kept overnight before being escorted back to the camp.

Dr Khair emphasizes the combined and coordinated work of the government, NGOs and the private sector.

"We will be able to do surgery in the camp, saving time and money and allowing us to help more people more quickly," she said.

She also encourages everyone to donate for this cause.

“In future whenever they (the Rohingya refugees) will go back to their own homeland, they will be able to see and they may think, ‘We have been to Bangladesh without our eyesight but now we are back home with eyesight'.” 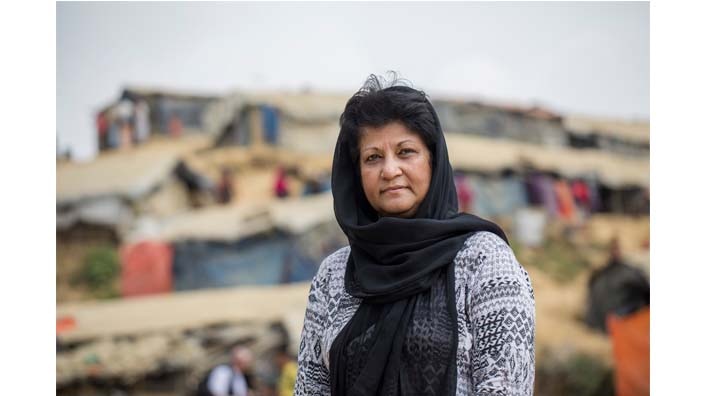 Dr Khair began working with The Fred Hollows Foundation in Bangladesh as Country Manager in 2008. She joined the Foundation with more than 30 years of experience in global health, covering adolescent reproductive health, HIV/AIDS, nutrition, behaviour change communication, and research.

Listen to Dr Zareen Khair’s full interview (in Bangla) with SBS Bangla in the audio player above.