From Afghanistan to Melbourne: Shamsiya wants to become 'voice for the voiceless' in Australian media

When Shamsiya Hussainpoor first arrived in Australia at the age of nine, she didn’t speak a word of English and felt like she was parachuted into a completely new world.

Ms Hussainpoor, who had never been to school before arriving in Melbourne, says she had left her “sweetest memories” behind in Afghanistan and nothing felt familiar in her new home.

“Sixteen years ago, when we left Afghanistan … I didn’t even understand a single word of English. I hadn’t studied in Dari in Afghanistan, I hadn’t been to school at all,” she told SBS Dari.

“We had come to a new country where, for example, neither the culture was like ours, nor the language was like ours. For me, it was a really new world which I didn’t understand anything of it.” But looking back on those days, she feels fortunate that she was at an age that could preserve her own culture and language as well as adapt to the language and culture of her new country.

“Especially myself, I came at a good time when I was able to both keep my Dari language and hold on to my own culture - Hazaragi or Afghani culture - and also adapt to my new life in Australia, get used to it,” she said.

Ms Hussainpoor is fond of the memories she has of her homeland.

“A child doesn’t know much about war and when there is no peace, they live in their own world. So, I haven’t seen things that, for example, my parents and my older sisters have. For me, Afghanistan was the sweetest place, and it's part of my sweetest memories.”

Her family sent their nine-year-old son to Australia with his uncle in the early 2000s so he could have a good life away from the troubles in their home country.

Ms Hussainpoor and the rest of the family reunited with him seven years later in Melbourne. 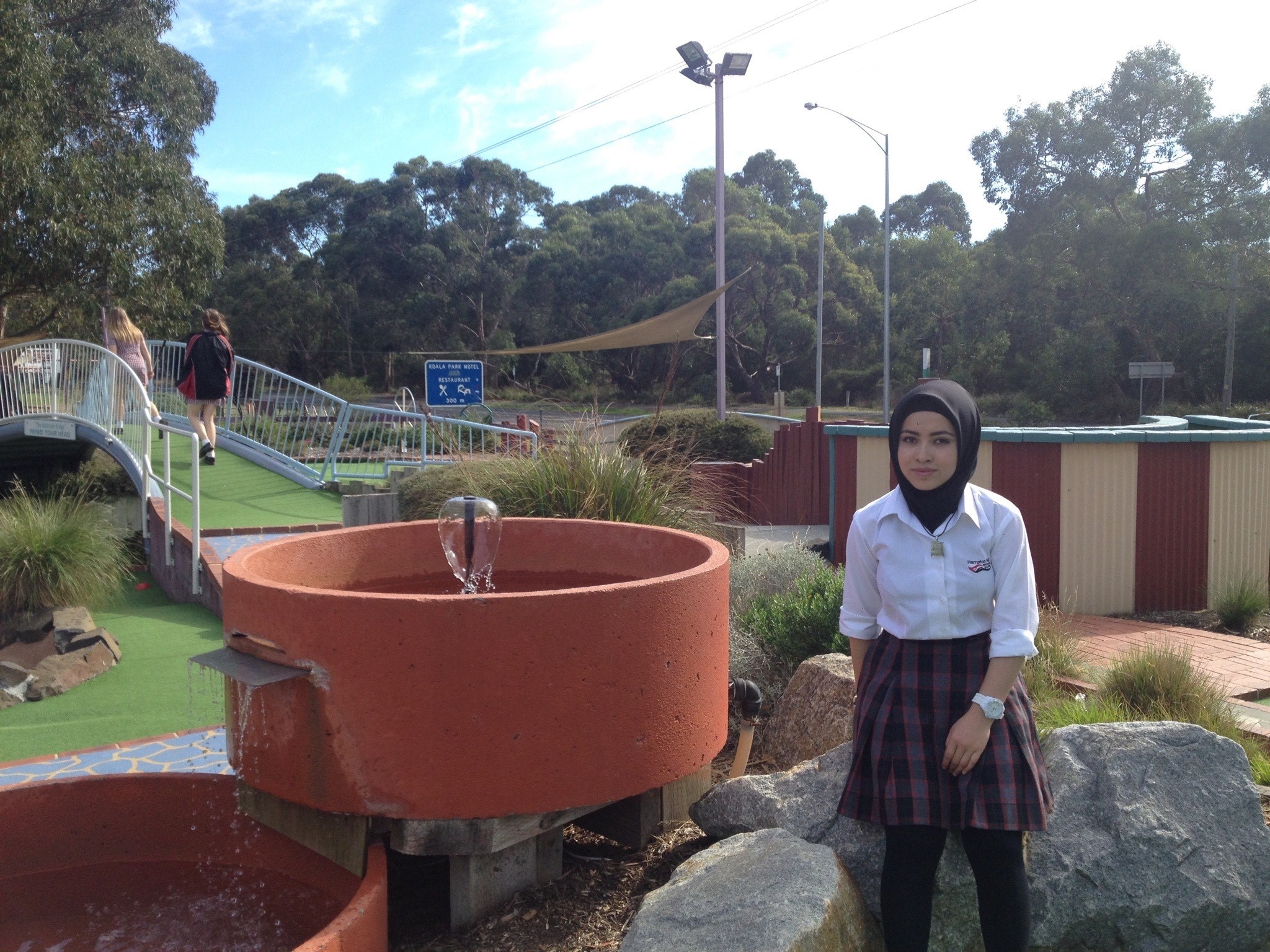 'Voice for the voiceless'

Fourteen years from when the family arrived in Australia, the now 24-year-old is the first to graduate from university, determined to be a “voice for the voiceless” in the Australian media scope.

“Today is a very special and big day for me, not only for me but for my whole family, particularly for my mum and dad who never had the opportunity that I had which is being able to go to university and finish my studies,” she said after graduating from RMIT University.

After finishing year 12, she went on to study criminal justice.

But feeling “oppressed” by the media coverage of Australian Muslim women and those who, like herself wore the Hijab, and inspired by her mother’s words, telling her "if you want to bring changes to somewhere, you’ve got to be there", she shifted to journalism after two years of studying criminal justice.

“The thing that really caught my attention to journalism, was that we, particularly in Australia, haven’t much of diversity [in the media]. Especially as a girl who wears the Hijab, as a Hazara or Afghan girl, I didn’t see much diversity in the Australian media,” she said.

“Whenever they were reporting about Hijab or Muslim people who are wearing Hijab in the media and we were listening to them, they were always oppressing.” 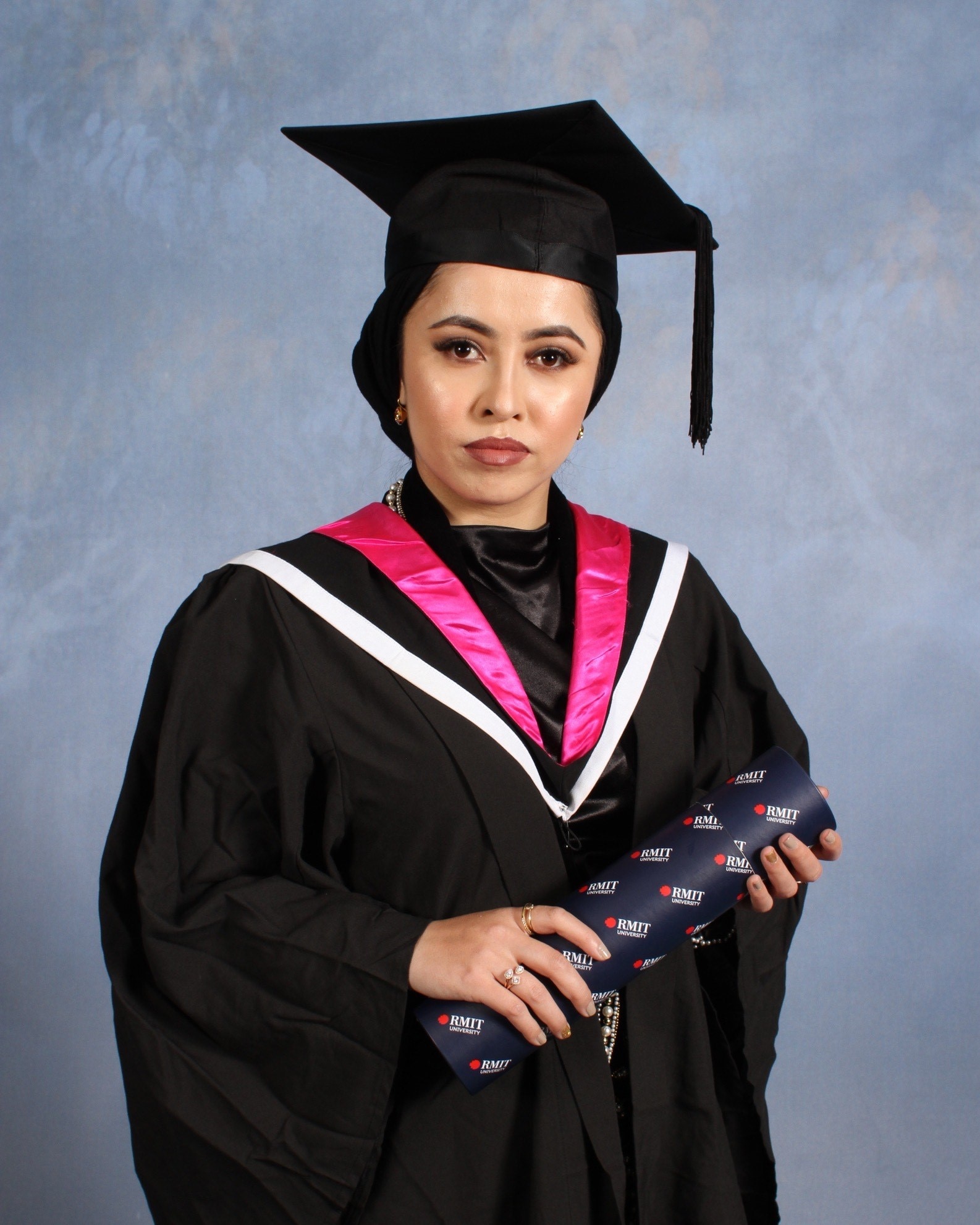 She said described her graduation days as “very special and big” for herself and her parents who never had the opportunity to go to university.
Supplied/Shamsiya Hussainpoor

She said the Australian media had left women like her “voiceless”, which had made them feel “silenced” and hated by the public.

“One day, my mum told me that 'if you want to bring changes into something, you should be their yourself, you should raise your voice, you should say something, don’t wait for someone else to come forward to be your voice or to fight for your rights.

“It was then that I changed my mind, that I should study journalism.”

Now, Ms Hussainpoor also wants to provide a voice for women and children in Afghanistan whose voices have been taken away by the Taliban.

“Not only for myself who wants to appear with Hijab in the Australian media, but we’ve come from a country where there was only war, there was only corruption, and particularly now that the Taliban have taken over Afghanistan, I see many women and children who are voiceless … so my dream is to be their voice. Before getting her Bachelor of Communication (Journalism) from RMIT, Ms Hussainpoor has undertaken four weeks of traineeship with the ABC’s Asia Pacific Newsroom and eight weeks of internship with Bloomberg.

She was also offered a five-month casual position at the national broadcaster.

She was one of three journalism students who won the Ossie Award for the “Best investigative journalism by an undergraduate or postgraduate student” in 2021.

Her favourite workplaces for her future career are SBS and the ABC as she believes the two national broadcasters value diversity.

After gaining enough experience in the Australian media, she said, she wants to work as a war correspondent or a foreign correspondent.