Coming Up Fri 8:00 AM  AEST
Coming Up Live in
Live
Italian radio
More

Renowned soprano Hiromi Omura is one of the most exciting opera artists to come out of Japan in the past twenty years.

Born in Tokyo, she graduated with a Master of Arts in singing at the Tokyo National University before moving to Italy for further training. Hiromi Omura lived in Mantua and Milan, mastering her knowledge of Italian and studying regularly under the guidance of Yoko Takeda, another great name in Japanese opera. She now lives in France in the region of Auvergne, well known for its thermal springs.

‘I will never get tired of singing Madama Butterfly” says Hiromi Omura who has performed the role of Cio-Cio-San around the world. Giacomo Puccini’s classic has been her forte since 2004 when she first performed it at the New National Theatre Tokyo. Since then she has been acclaimed for her performances at the Deutsche Oper Berlin, Montreal Opera, Lausanne Opera, Polish National Opera, Savonlinna Opera Festival in Finland, Metz in France, Opera Israel and more. She first performed in Australia in 2012 in Sydney and Melbourne and in 2014 for Opera Australia’s Handa Opera on Sydney Harbour (HOSH) production of Madama Butterfly directed by Alex Ollé and la Fura del Baus. She received a memorable standing ovation for her outstanding performance and acting. The DVD of the 2014 Madama Butterfly for HOSH has been released by ABC Classics.

In 2018 she was invited to perform Cio-Cio-San at the prestigious Puccini Festival in Torre del Lago, Italy.

“It has been a dream come true to perform at the Puccini Festival.” says Hiromi Omura. “Even the orchestra gave me a standing ovation and took pictures after the performance. It was fantastic”. 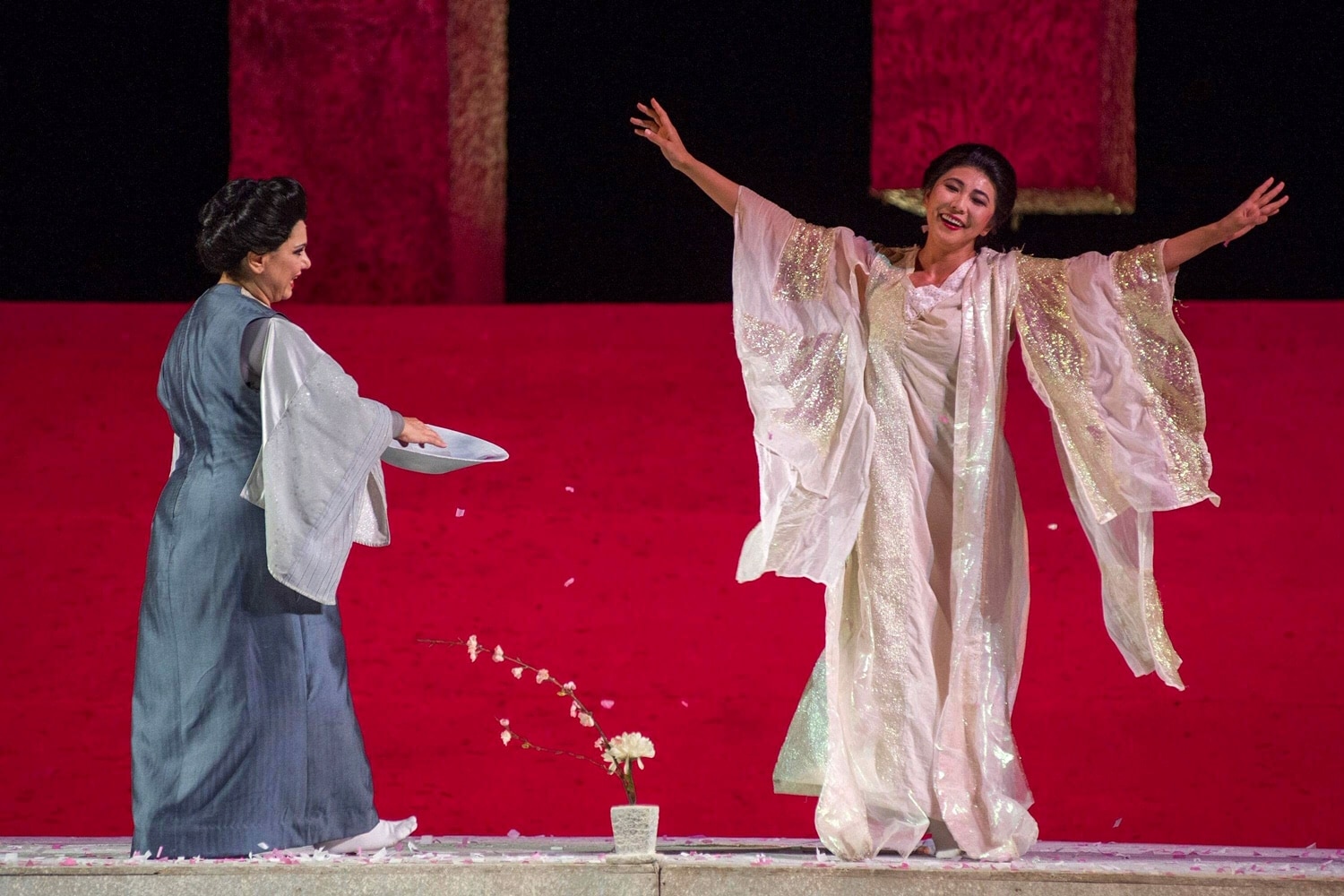 Courtesy of Hiromi Omura
Hiromi Omura has a vast repertoireincluding operas by Verdi, Mozart, Wagner, Bellini, Bizet, Leoncavallo, Strauss and many others. She is the winner of the prestigiousConcours International d’Opera de Marseilles(2001) and the recipient of many other international awards.