With ‘generous’ help from her university and her landlord in Australia, and the preparedness of the Indian authorities, this international student reaches home with bagfuls of happy memories.

Until last week, Ravneet Kaur, a Ph. D candidate in Melbourne’s Deakin University had a one-way ticket to India for April 18. But the coronavirus caused her to change the date to March 18.

Like many international students from India, she was asked to return home earlier, before India banned entry for international passengers.

“I got a call from my university that all students whose visas are due to expire soon, have to leave Australia here and now. And the next day, I had my air ticket in hand,” says Ms Kaur whose student visa was valid till April 19.

“This is an unexpected and unprecedented crisis, as we all know. But the support I got from people in Australia is unforgettable, especially my university. They asked me to choose a flight and paid for not only my airfare but also the taxi fare till the airport. Everything was sorted out within three hours of my decision,” she says.

Ms Kaur adds that the university has now allowed her to finish her Ph. D via Skype with her supervisor in Melbourne, from her home in Chandigarh, where she is currently in self-isolation.

“My university also offered to reimburse me if my landlord refused to waive off my rent for March but he was generous enough to do it. My supervisor agreed to meet me after hours, something unusual in Australia. I came home with happy memories of Australia, says Ms Kaur, an assistant professor in a private university in Chandigarh, the capital city of the north Indian state of Punjab.

Upon landing at New Delhi airport, Ms Kaur details how the authorities conducted health check-ups of passengers like well-oiled machinery.

“India is a developing country and honestly, I didn’t expect much from them before I reached Delhi. But their arrangements were unexpectedly good. The huge volumes that New Delhi airport receives and the systematic way of segregating people based on age, special needs, children accompanying parents etc, was very impressive,” Ms Kaur recalls, who like others, left the airport with a stamp in indelible ink on her left hand.

India has employed the ink used during elections to mark the left index fingers of those who have voted, for quarantine purposes. This ink is said to remain on the skin for two weeks. 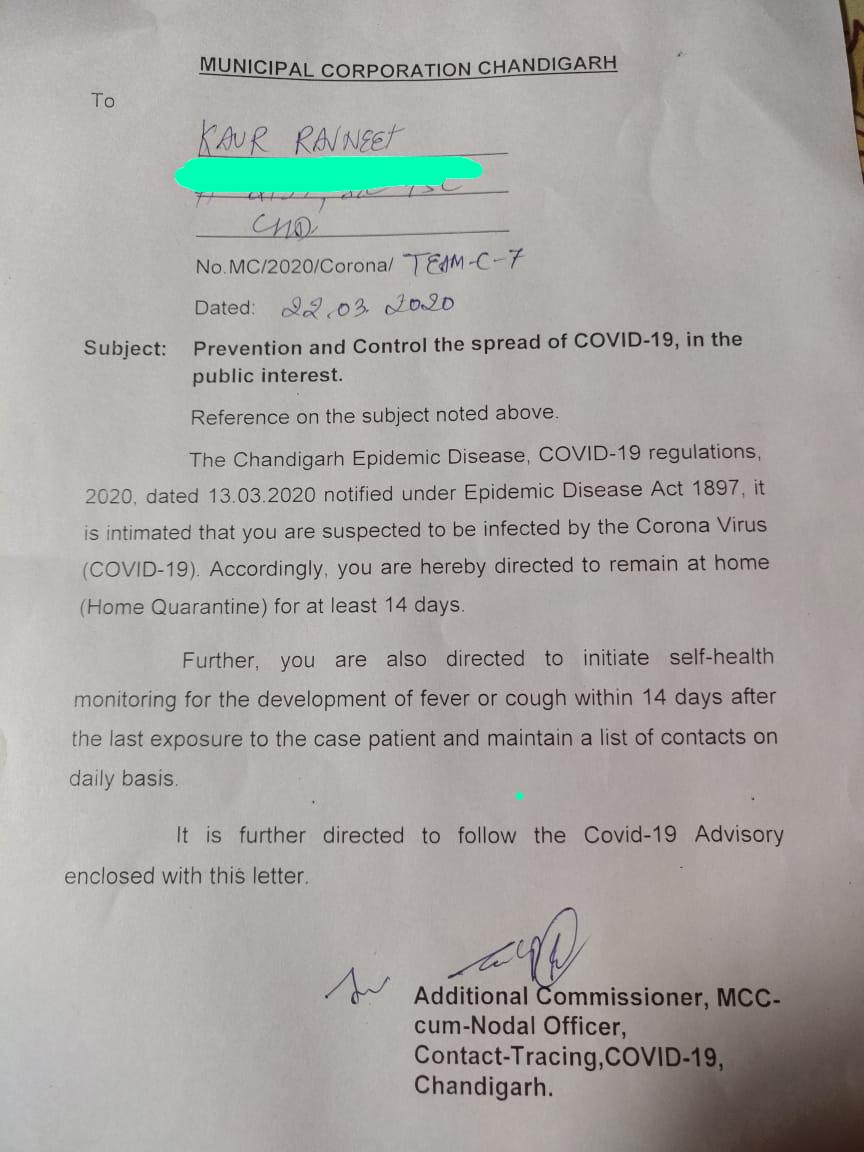 She further mentioned that a team of 41 doctors attended to passengers of two international flights at one time. Only those with flu-like symptoms were sent to hospital.

“Doctors explained the home-isolation protocol to us. We were advised to remain in a separate, secluded room at home, preferably with an attached toilet, keep our utensils separate, and not to mingle with anyone,” she says ruefully, as she has not been able to meet her 20-month-old baby yet.

She added that while the airport staff was very patient and helpful, some passengers were getting panicky and behaved uncooperatively with the staff. Such videos of New Delhi airport have surfaced on social media.

“Passengers panicked that they may be quarantined without a full check-up. But the security staff explained very politely that all passengers need to be scanned first for which they will be taken to separate facilities. I got annoyed with some people and told them off,” Ms Kaur says.

“The officer who served me at the airport said ours was the 48th flight he was handling. Imagine the pressure under which they are working in this global crisis. The least we can do is cooperate,” says Ms Kaur, who was taken aback when she thanked the staff and they said this was a rare gesture.

She adds that despite the serpentine queues, the airport staff provided chairs to the elderly and food to all while people awaited their turn.

Confined to a room till April 4, Ms Kaur is also all praises for the Municipal Corporation of Chandigarh for their preparedness.

“Their website had a list of all people who had arrived from overseas. Our homes and neighbourhoods are disinfected regularly, a placard hangs outside such houses to warn people,” she adds, sounding hopeful about her release from “home” soon.

To listen to this podcast in Punjabi, click on the picture inside the picture at the top.

If you develop symptoms within 14 days of returning from overseas, you should seek medical attention.

If you don’t have symptoms but you have been in contact with a confirmed COVID-19 case, you should also seek medical attention.