How do you overcome FOHPO or Fear of Having People Over after the lockdowns?

A new phenomenon has emerged as Australians open up homes again, only to realise that they feel out of practice with hosting guests.

The research conducted by Censuswide revealed that 68% of Australiance are experiencing FOHPO of Fear of Having People Over.

Characterised by a number of concerns, FOHPO symptoms include being worried about being generally underprepared (34%), not having enough food (26%) and being surprised by a guest’s new dietary requirement (13%).

A quarter of Australians claim to feel ‘out of practice’ hosting guests, and two in three Aussies (68%) admit that they are likely to forget items when having people over.

How do you overcome FOHPO or Fear of Having People Over after the lockdowns?
Embed Download
00:00 00:00

While the momentum has many people excited, the idea of getting back into the outside world, apart from FOHPO, many others find themselves anxious at the thought of re-entry into society.

Lauren Lopez from Sydney says she is beginning to slowly push herself back into normal life but keeps worrying about meeting strangers and how to act with groups of friends while working her way to higher-level exposures.

"I feel a bit strange going back into it as many social rules have changed. After the lockdown, I'm much more looking forward to visiting less crowded places and beaches."

"We have a different level of comfort, some people are really ready to socialise because they've not had the opportunity in a while people like me are still anxious and find big group settings difficult."

It's perfectly natural to have fears of having people over according to a psychologist, Sabrina Read. According to her, avoiding social situations is not going to be helpful. Taking things slowly with small outings would be a good start to fight situational social anxiety.

"Perhaps a lot of us have relied on digital connections so that keeps us wondering how we’re going to reconnect when we are face to face? We’ve spent so much time with people we loved with and maybe we forgot how it feels to invite people back in our homes to entertain, to cook and enjoy each other’s company again.”

"If you feel that you're feeling worried about having people over, move towards that fear instead of avoiding it.. and we do that by breaking it into small chunks, it might mean inviting a small group instead of a bigger group until you become more comfortable." 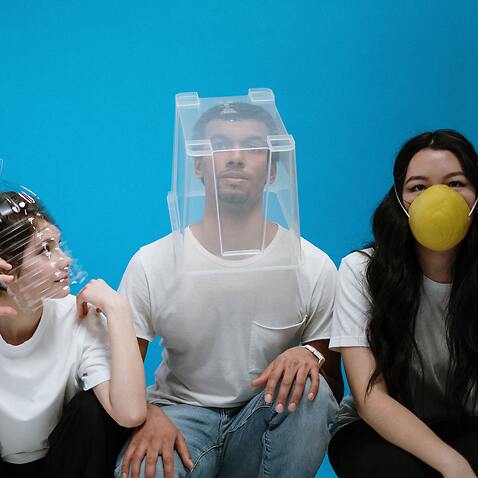 What the new normal may look like when the pandemic ends