After spending 17 years working for celebrity chef Jamie Oliver, Danny McCubbin decided to pack his bags and move to Sicily where he had recently bought a One Euro house. The pandemic gave him the idea to transform his new home into a community kitchen.

The end of 2019 was approaching and Danny McCubbin, a Gold Coast man at the height of his corporate career, was about to take a decision that would change his life forever. After 17 years in London working side by side celebrity chef Jamie Oliver, Danny decided it was time for a change.

"I always knew that I would have left my job at the height of my career, despite not really knowing what the next chapter would look like", he tells SBS Italian.

"I cried when Brexit was announced. All of a sudden the UK did not feel like the friendly and open place I moved to and this pushed me to speed up the process towards the next step of my life".

The first decision Danny took was to buy a One Euro House in Mussomeli, a town of approximately 10,000 people in the heart of Sicily.  It's one of a few Italian towns selling homes for just one euro in an effort to protect heritage and repopulate the town with people "from all over the world".

"I knew in my heart I wanted to live in Italy, and I was also convinced that this house would have served another purpose rather than simply being a glorious residence," Danny says.

When asked why he chose Mussomeli Danny explains: "I wanted to find a One Euro House program that had no surprises and as soon as I arrived in Mussomeli I became enamoured with the people and the team and I thought to myself: this is where I want to live." Choosing the right house was also of paramount importance for Danny.

"I saw 28 houses, most of which had incredible views over the surrounding hills," he says, "but I knew I had to stick to my plan and find a house that would allow me to create my social project, despite me not having a clear idea of what that project would have been."

After leaving his London-based job, Danny returned to Australia to visit his family and friends with the intention of moving to Sicily in March 2020.

"My plans swiftly changed with the arrival of the pandemic," he says.

"Luckily a friend in London offered me a room to stay in since I was not able to travel to Italy anymore."

And it was thanks to the pandemic that Danny was finally able to come up with a clear idea for his One Euro House in Mussomeli. "While I was in London, a friend of mine asked me if I could help set up a community kitchen in a church to feed people who had lost their job because of the pandemic.

"In a very short time we started serving 1,000 meals a week and it was at that moment that an idea came to mind: maybe I can do the same thing in Mussomeli".

Danny boarded a flight to Palermo on the 7th of December 2020, less than a month before Brexit became reality. "As soon as I arrived I started talking to people on how to best transform my idea of creating a community kitchen here in the heart of Mussomeli."

The pandemic brought a new wave of unemployment to Siciliy and all of a sudden families were finding it hard to put food on their tables.

"I have made contact with the authorities here in Mussomeli, but also with the head of agriculture for the region and I intend to interact directly with farmers to use excess produce to create meals for people in need" explains Danny. 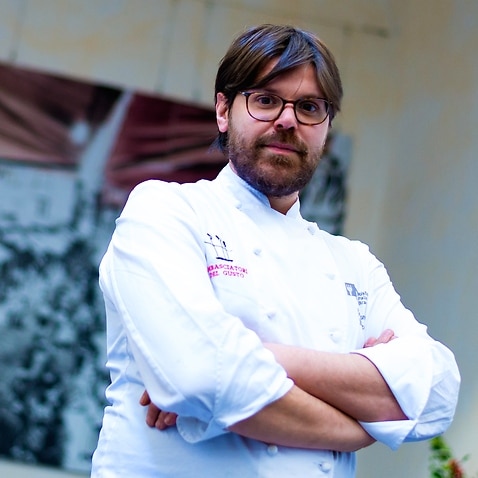 How Sicily reacted to the coronavirus pandemic

"After my experience in London, I quickly realised that many chefs did not have any experience in this environment, so I decided to provide young chefs the opportunity to come and work with me in Mussomeli to grow their potential".

Danny will start the renovation for his community kitchen in June and hopes to be able to start serving the first meals shortly after.

If you want to have more information on what Danny is doing in Mussomeli you can check his website www.goodforgood.com

Listen to the interview with Danny McCubbin here:

How this Gold Coast man is transforming a One Euro house in Sicily into a community kitchen
Embed Download
00:00 00:00