Rooan Al Kalmashi rebelled against what her community considered indispensable social constants. She struggled growing up between two worlds and wanted her life to be free of any restrictions, especially those imposed by her parents, culture, and traditions.

Listen to Rooan Al Kalmashi's story by clicking on the audio link attached to the image above.
Or via your favourite podcast platform here

Rooan Al Kalmashi’s family was forced to leave Iraq following the US invasion in 2003. Living in Baghdad became precarious and they were targeted because they belonged to the Mandaean community - an ethnoreligious group native to Iraq and Iran.

"My father was kidnapped in a pre-planned operation in Baghdad targeting Mandaean men who were alchemists and made gold,” she recalls.

“Amongst those men was my dad. He was threatened, kidnapped, blackmailed, beaten, and tasered to the point where when he was found, we honestly thought he was dead.

"It was essentially the photos of his injury that we sent to our solicitor that really sealed our humanitarian application. 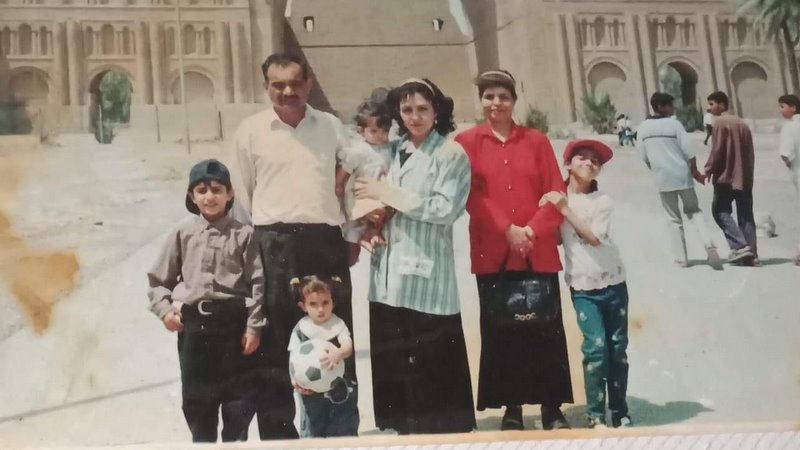 The family moved to neighbouring Jordan and from there, applied for asylum in Australia.

“There, we were marked by a sense of our deportation. The fear of being caught and sent back was palpable and truly dictated every aspect of our lives. We waited three years in limbo during our application process.”

During this time, Rooan and her siblings weren't able to attend school. Her mum and dad had to take up casual short-term jobs to make ends meet. "I couldn't attend school, my mum dressed me in her gown and my baba made me a graduation cap from cardboard": Rooan Al-Kalmashi
Supplied

A sense of relief and gratitude

At last, they saw the light at the end of the tunnel. In 2008, they arrived in Australia after being granted asylum, thanks to Rooan's aunt here, who sponsored the family.

They were relieved but new challenges arose.

The children learned the English language quickly, but the assimilation process wasn’t easy for the parents.

Moreover, the horror and pain the war had brought upon them continued to torment the family.

“My background didn't really affect my life in school, and this is because Liverpool had a big immigrant population. Had I grown up someplace else, I’m certain the experience would be much different.

“But I struggled whenever the school would have a practice lock-down or a fire drill — the noises would trigger me and my anxiety was heightened.” Rooan Al Kalmashi and her family in Amman, along with her missing auntie and her kids.
Supplied

Adding to their miseries was the loss of another aunt of hers, who took a risky journey with her kids to seek refuge in Australia. The boat carrying them never reached the Australian shores and there has been no trace of them since 2012.

When she tried to express her feelings, she was met with cold responses.

“When people told me how privileged or lucky I was to be in a country that offers safety, education and basic services, I couldn't understand why this was a privilege and not a basic human right.”

Over time, Rooan strived to make peace with her new reality but, inside, she felt torn. A step towards integrating with the new community was a step away from her own community.

Second-generation Arab Australians speak out about their mixed identity

“I dealt with cultural differences by trying to assimilate and change myself in order to fit in. As time went by, I realised that I had lost a sense of who I was. I struggled with this. Sometimes, in terror, I find myself stuck, between the chaos of my passion, my experiences and the rationality and reason I try to embody.”

In Year-9, she studied philosophy and science. This opened new possibilities for her. She developed a curious mind that questioned customs, traditions and religious beliefs.

As I immersed myself in my education, in philosophy and science, I felt confused and contradicted. Marxism and existentialism sensitised me to the power dynamics involved in the production of knowledge.

"Philosophy allowed me to stake out a rebellious identity in opposition to the conservative religiosity of my parents. It was also my education that allowed me to tear through society’s illusions of freedom and the clear inequalities produced by capitalism. This was an important stage for my identity.” 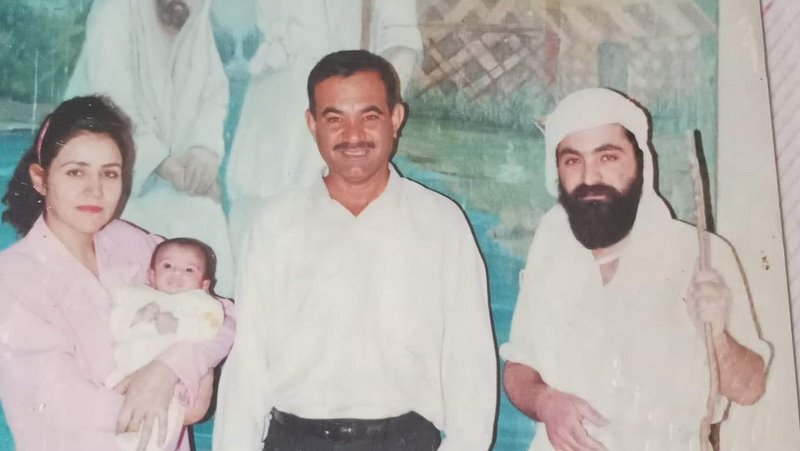 She is aware that religion has played a strong role in her parents’ lives, especially in keeping them resilient in the face of adversity and difficulty, but religion hasn’t had the same effect on her.

“At a young age, I couldn't understand this, particularly because I felt that it was being enforced too heavily and I felt trapped. I felt that my life was worth more than the fulfilment of external expectations placed on me.

I found it unfair that I was the only one compromising. I wanted to carve my own path and gain the power to guide myself to my own freedom.

“As I got older, I learned to forgive my parents. They did more than their best, given their own conditioning, experiences, trauma and past wounds. “

When Rooan began speaking her mind, which didn’t echo the beliefs that her community followed, it threatened the fragile bond she had with her Iraqi culture.

“I have minor issues within my community - where members of the community are seen as a public domain; belonging to the whole society.

“When I spoke of the body, the psyche, sexuality, and the ‘spiritual’, I felt trivialised.

“Many of the adults I spoke with, and particularly the adult women, had different views than mine. They defined their children, and especially their daughters, as agents whose strong desires could wreak havoc in their communities and needed to be domesticated.“ Her views on sexuality created a strong clash with her community.

“When people talk about contemporary sexuality, they consistently come back to the negative side of liberty. Often, they say, the young are no longer afraid: of the state, of their parents, of the belt. This frustrated me.

“My ideas on sexuality are quite liberated and I believe that a lot of knowledge is socially constructed. I participated in a lot of the protests in Sydney and I was quite vocal on social media. I think knowledge and sexuality alike have been navigated throughout time and history, and just like identity is not fixed- they are fluid. In my community, sexual behaviour is regulated and almost 'criminalised' if it doesn’t fit particular 'standards' or 'norms'.” “Young people fear coming out to their parents, and this can be quite damaging. The traditional ideas of sex for 'procreation' purposes are being challenged, and this is causing disagreement in the community- and often young people who express their sexuality outside marriage get shunned and isolated.”

For Rooan, these discussions should not be uncomfortable or filled with silence.

"Why was freedom to blame? Why was I being silenced in my own community?”

Rooan Al Kalmashi obtained her Higher School Certificate in 2018 and is currently studying a BA in Law and Arts in International Studies at the University of Technology in Sydney.

This is the seventh episode of My Arab Identity podcast, in which young Arab Australians speak about how they navigate a mixed identity. Hear more episodes and read the rest of the stories here.

Listen to Rooan Al Kalmashi's story by clicking on the audio link attached to the image above.
Or via your favourite podcast platform here