A Melbourne-based international student who lost his life in a road accident has been remembered as a "noble soul" and a "wonderful human being" who was always willing to help others.

Ramandeep Singh had his life tragically cut short in a single-vehicle crash in Kyabram, a town located 200 kilometres north of Melbourne.

The 21-year-old from the southeastern suburb of Noble Park was behind the wheel of a truck when the crash occurred in the Goulburn River Valley at around 4 am on Tuesday.

The Victoria Police is investigating the circumstances surrounding the crash.

“Investigators believe a small truck was travelling along Webb Road about 4 am when the driver lost control. The truck left the road and rolled. Emergency services attended but the male driver died at the scene,” the police said in a statement.

Originally from the northern Indian state of Uttarakhand, Mr Singh had arrived in Australia nearly two and a half years ago. 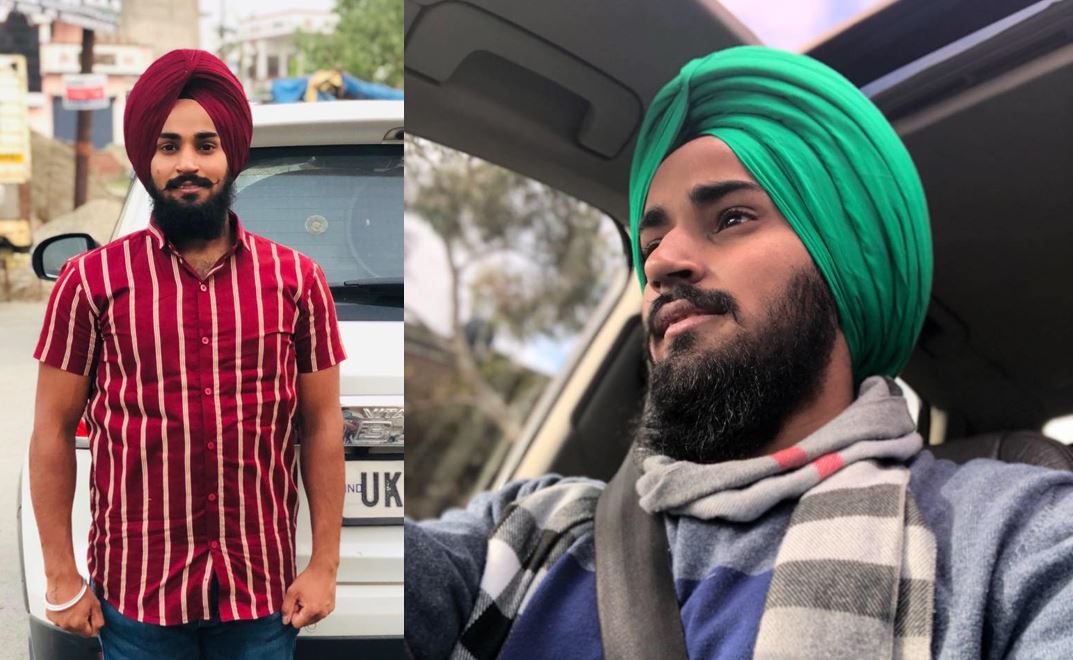 The impact of his death has touched many, including the members of the Punjabi community here in Australia, many of whom took to social media to express their grief.

One of his close associates, Jagdeep Singh remembered him as a "humble, generous and hardworking" man who had dreams of building a better life in Australia.

“A young life lost too soon! We still can’t believe that it happened. Our deepest condolence and sympathies with the family who are coping with this unbearable loss,” he told SBS Punjabi.

Mr Singh said he was now assisting Ramandeep’s brother who also lives in Melbourne, to repatriate the remains to India.

Mr Singh said he was a noble soul and a wonderful human being who was always willing to help those in need.

A few days ago, Ramandeep took to social media to share his compassion for fellow international students facing financial hardship due to the pandemic.

“Especially to the international students in Melbourne 😊😊🙏. If ANYONE is not working/not getting an income and runs out of food, or times are just tough...please don’t go to sleep with an empty stomach. Don’t be afraid or embarrassed to send me a private message. I will be more than happy to share whatever I have. I will drop and go 💕.”

Another friend, who did not wish to disclose his name also shared his grief with SBS Punjabi.

"He was full of positive energy. He was the type of person who will make everyone laugh. He will be deeply missed by all of us, may his soul rest in peace.”

Meanwhile, the community has come forward to provide financial support to the grieving family.

An amount of over $57,000 has been raised in just two days of setting up a fundraiser on Facebook. 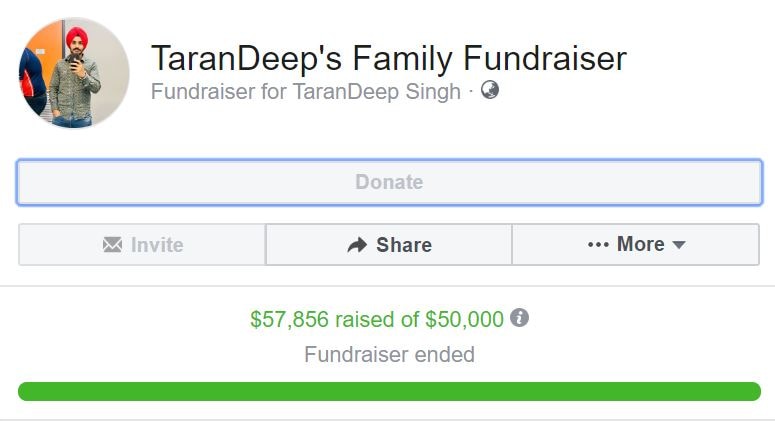 A collection of $57,856 surpassed the goal of $50,000 in just two days of setting up this fundraiser.
Supplied

The death brings this year's road toll to 85 in Victoria. Last year at the same time 112 people lost their lives on Victorian roads.

Anyone who witnessed the incident or who may have dashcam footage is urged to contact Crime Stoppers on 1800 333 000 or submit a confidential report at www.crimestoppersvic.com.au

Click on the player inside the picture at the top of the page to listen to this podcast in Punjabi. 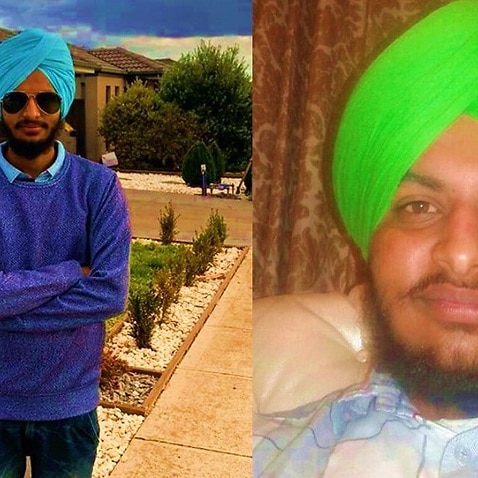