It took Kaumil Patel 14 years to become a permanent resident in Australia. It's a dream achieved with planning, hard work and faith.

Kaumil Patel arrived in Australia on a student visa in early 2006. Like many other friends, he aspired to be a permanent resident of Australia and started working hard to achieve that dream.

“At that time everybody wanted to come to Australia. So like my other friends, I also came to study here.” He had enrolled for a Certificate III in Graphic Prepress and a Diploma in Multi-Media from Cambridge International College in Melbourne.

Listen to Kaumil's story in his own words:

“Those days were hard. We did not know anyone here. It was hard to get a job. I started as a kitchen hand at a restaurant.” recalls Kaumil.

However, harder days were coming.

After finishing his diploma, Kaumil worked with ANZ bank in Melbourne as a security guard for some time before starting his own business. He established his company Sai Krishna Telecommunications as a sub-contractor for Telstra. Life was looking positive for Kaumil. He was planning to get married and settle down. Only then problems struck in the form of visa problems. 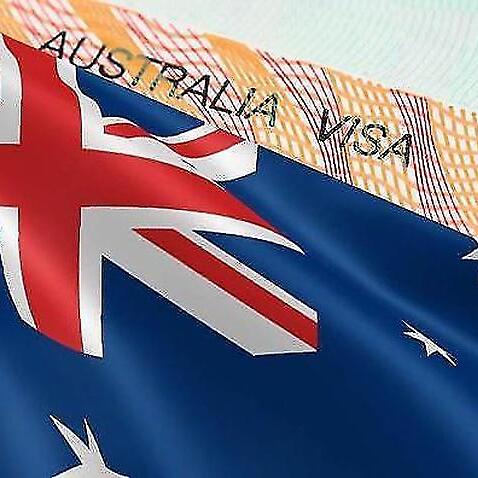 Meanwhile, his wife Smita joined him in 2008. She enrolled in Diploma in Child Care while Kaumil took up odd jobs and struggled financially as well as psychologically.

Kaumil says the life was very hard. But the worst was not over yet. He lost his work rights due to changes in visa conditions. Ten years after arriving in Australia, there was no present, and the future seemed bleak.

It was challenging. I had nothing to look forward to.

One thing he never lost was hope.

He was ready to ride on any wave of optimism. The opportunity came in the form of a sponsor for his wife, Smita.

Smita had completed her studies and started working with a child care centre in Bendigo. She found a sponsor. However, a price was to be paid. Smita could apply for permanent residency offshore only. They had to leave Australia. But, instead of going back to India, Kaumil chose to go to the US where his uncle lived.

“I always have a backup plan. I had applied for the US tourist visa earlier. Instead of going back to India and waiting, I decided to go to the US. There I enrolled myself as a student and started working there,” says Patel.

Difficulties never stopped Kaumil from dreaming. He worked hard in the US while waiting for their permanent residency in Australia.

Kaumil Patel returned to Australia with his wife and eight-year-old daughter as a permanent resident. 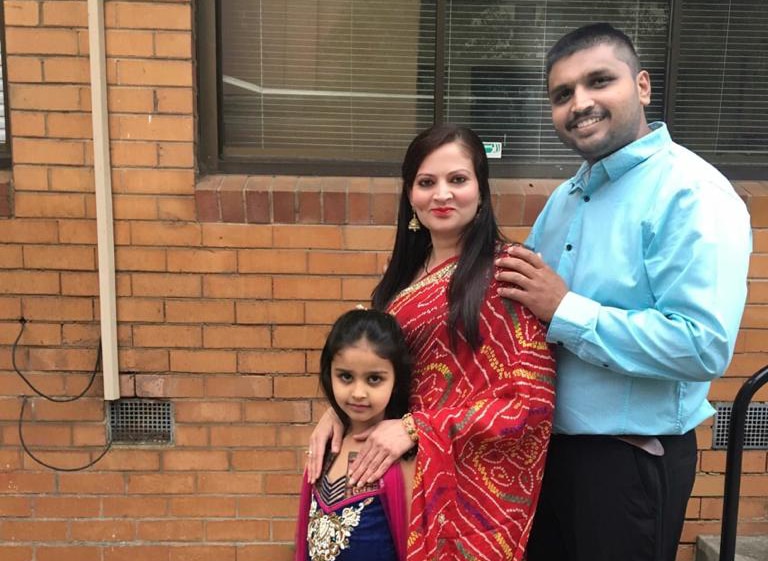 Smita started working as a child care worker, and Kaumil is working at Woolworths and a chicken factory. He still dreams. He wants to establish his own business.

He knows what it means to be facing a tough time. That is why he is always there to help others.

“I want to tell others out there, don’t lose hope. Have a dream and keep working for it. Don’t let others stop you. Don’t let difficulties stop you. Trust yourself. Be positive. And very important, save money. It will help you,” advises Mr Patel.

He is living in Bendigo now and plans to start his own business soon. 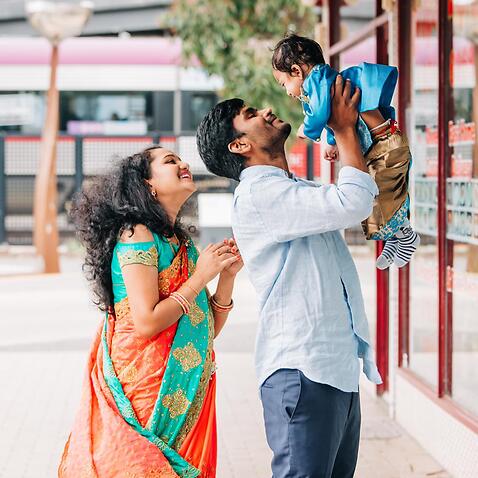