Pallavi Sharda gave up her legal career in Melbourne to pursue her dream of working in films. After being passed up by an Australian casting agent because, "Oh we already have a person of colour in our books", she has achieved immense success in ten years, having worked with several icons of world cinema in four continents.

Pallavi Sharda is arguably the most successful Indian-origin actress born overseas to have worked in Hollywood, Bollywood, British as well as Australian cinema, achieving huge success as a leading lady on celluloid across different continents.

Seen as the fiesty Princess Chandrika in Beecham House, a British production set in 18th century India which recently aired on free to air Australian commercial television, she says, "This has been a personal piece of redemption," not shying away from the "struggles of an international Indie actor" that helped her become the "authentic Indian Australian actor in world cinema."

In a wide-ranging interview with SBS Punjabi, she reflects on her journey which is dappled with triumphs and setbacks, issues of diversity (or lack of it) which meant constantly redefining 'us and them', and the many challenges she faced in becoming 'boundary-less' actress.

Making her debut in a Hollywood film ten years ago, Pallavi Sharda moved to Mumbai to make a name for herself in Bollywood, with films like My Name is Khan, Begum Jaan, Hawaizaada and Besharam to her credit. 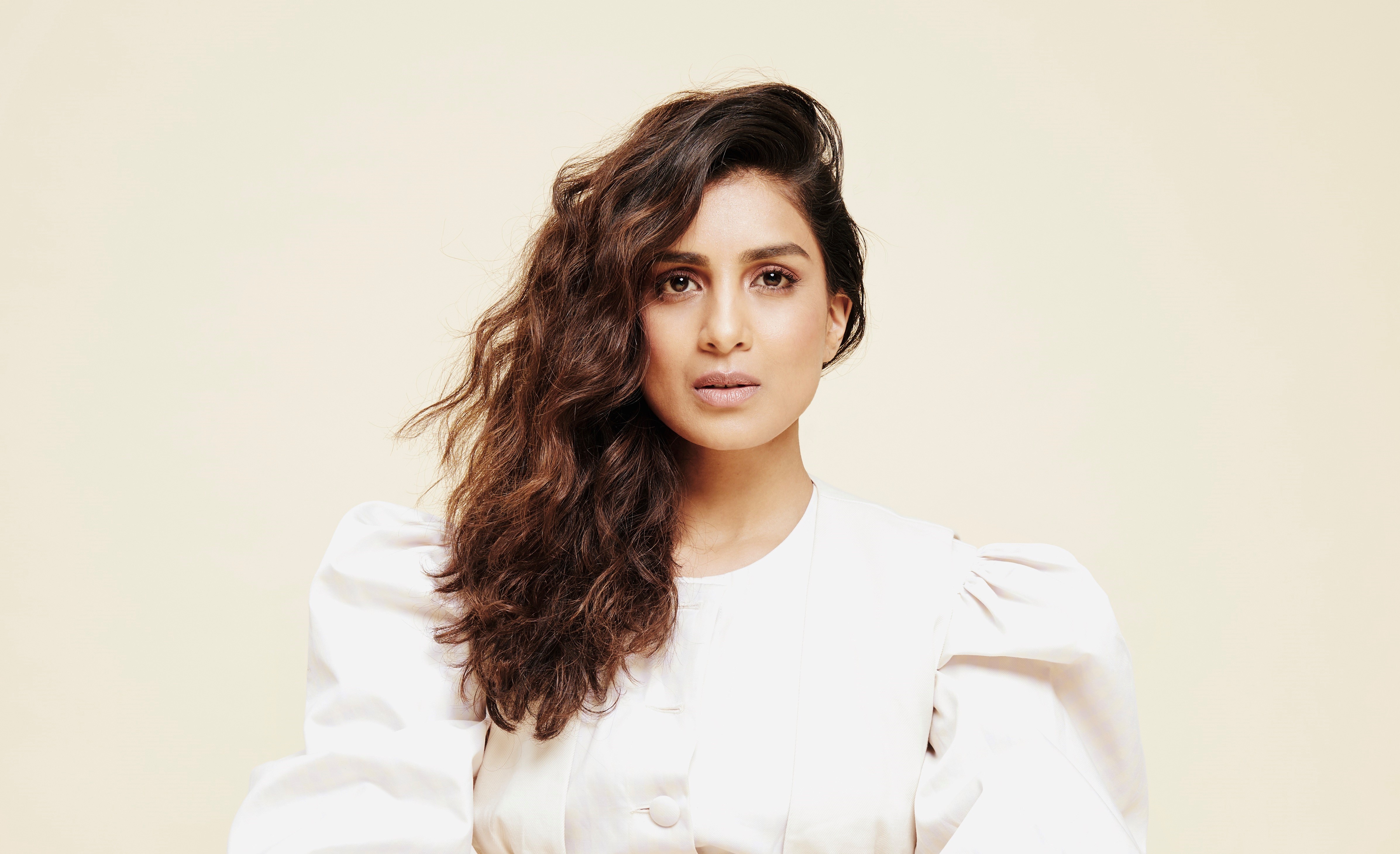 Even more impressive was her casting in the hugely acclaimed Dev Patel-Nicole Kidman starrer Lion, and most recently as a leading lady in Gurinder Chadha's epic Beecham House, which aired on Australia's Channel 10.

But the journey could hardly be called smooth sailing, dotted with a fair share of challenges for the trained classical Indian dancer with a double degree in Law and Media, who was born and brought up in Australia.

"There was no clear cut path for me", Ms Sharda tells SBS Punjabi. "There were times when I thought I should go back to practising law, that I should just give it all up. But I knew that performing on the screen was my calling and I was determined to be boundary-less. I wanted to break the boundaries of race, colour and continents."

Lack of diversity on Australian screens

Born to parents of erudite Indian migrants in Perth, Ms Sharda grew up in Melbourne.

"I saw Gurinder Chadha's Bend it Like Beckham when I was in high school and I sort of walked into the school yard feeling two inches taller because, all of my friends had seen an Indian family on the screen over the weekend."

All of a sudden I was visible in a way I wasn't before.

When she pursued a double degree in Law and Media, her dissertation was on 'Representation of cross cultural communities in Australian media.'

"I focussed a lot on Gurinder Chadha's work as a diasporic film maker in my dissertation. She is one of the pioneering women of colour in the 1990's in Britain, who's work had a major impact here in Australia and around the world."

That's why it was very emotional for her to work with the iconic British director on Beecham House.

"Before that, I had never worked with a director who knew how it was to be a woman of colour, of Indian origin, who grew up in a white society, and that is a very specific consciousness," she says. 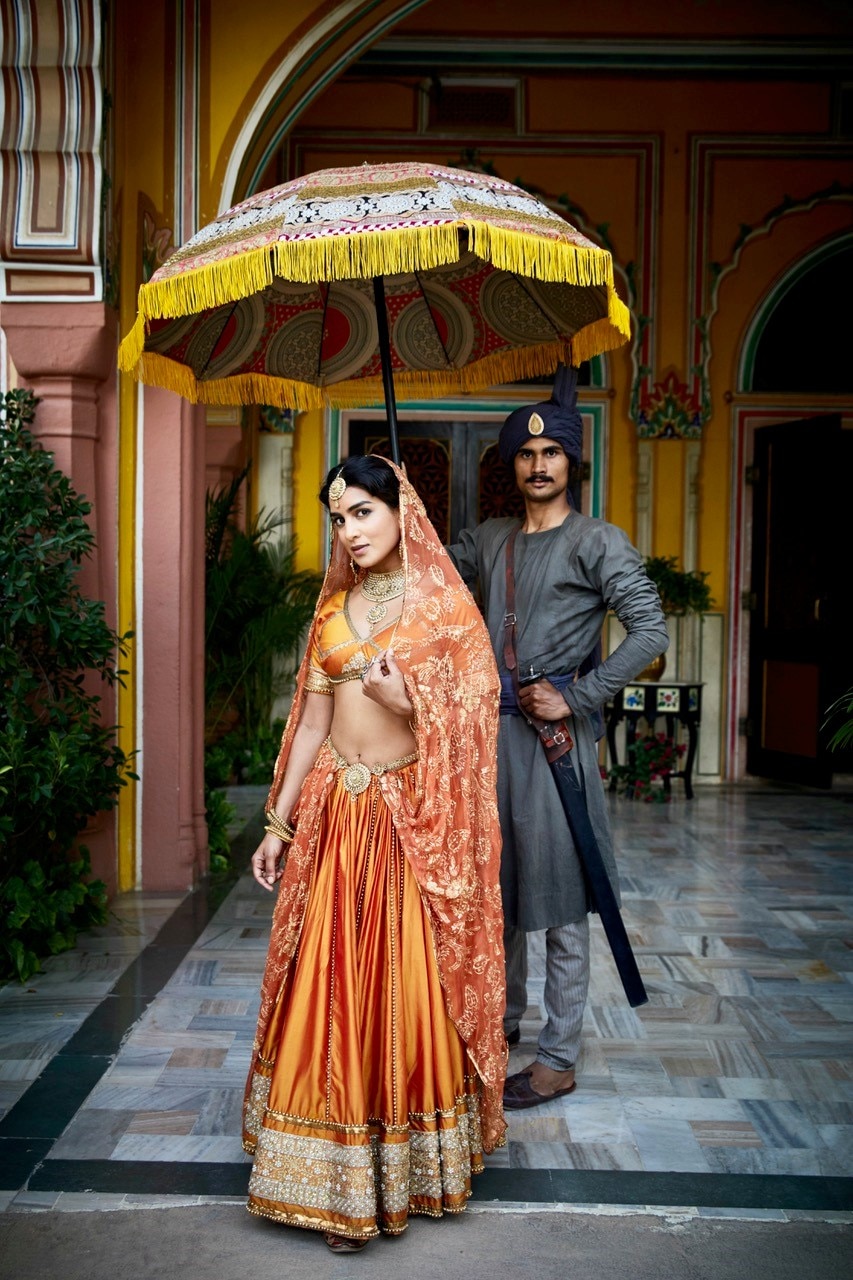 She also clearly remembers how difficult it was to be an actress of colour in Australia at the start of her career.

"I was passed up an Australian agent who said to me 'Oh we already have a person of colour in our books," she recalls, saying "I had to go to India, and make it as a leading lady there to be seen in Australia."

"Unfortunately, we're still in an era when you look at Indian people in Indian garb on screen with their Indian accents, and a majority of the audience will look at it as something foreign, exotic, or the 'other'. That this is not 'us', so why should we watch beyond five minutes?"

She welcomes the changing narrative in more recent times, with movements like Black Lives Matter gaining momentum. "It's good that the narrative is changing, and people are demanding to become more visible."

We need to debunk the idea of 'diversity' as has been touted in the past few years in Australia.

But challenges aside, Ms Sharda is unabashedly a proud Australian.  She laughs as she quotes historian William Darlymple who she became friends with in Mumbai, who reportedly said of her, "She is the most Australian woman you'll ever meet, but the most Punjabi Australian you'll ever find hanging out in Mumbai".

Turning her back on Bollywood after making it big

Ms Sharda got her break in the Indian film industry with a cameo role in My Name is Khan, going on to act in films like Dus Tola, Heroine, Besharam, Hawaizaada, Begum Jaan and the Brett Lee starrer UnIndian.

"Many people say that life of glamour and privileges that Bollywood offers is hard to leave. But I was ok to turn my back on those privileges in pursuit of something else that really mattered to me. I wanted to cross the boundaries of colour, language, race and continents, and I didn't want to pigeon hole myself." 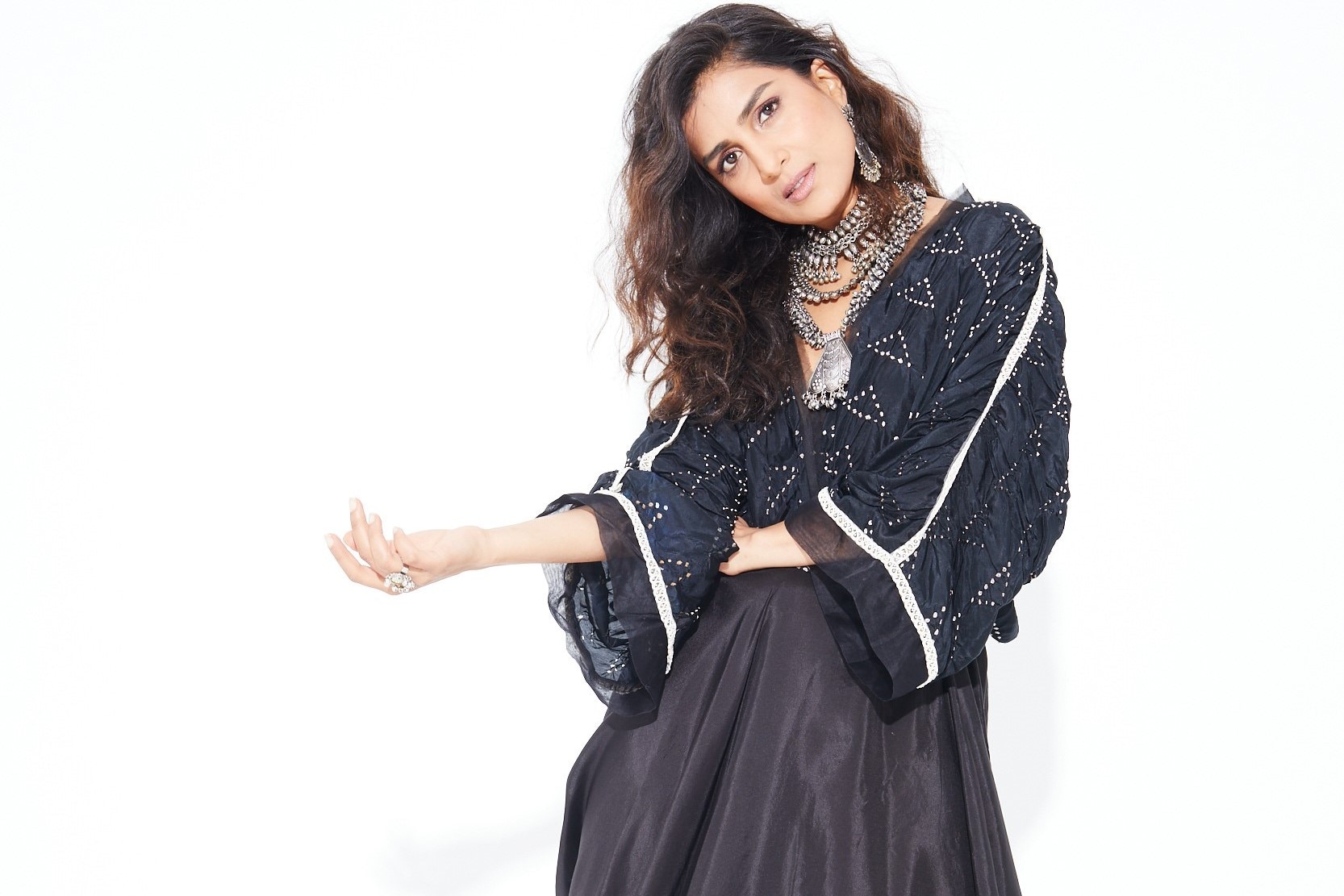 In retrospect she feels, she has essayed various periods of Indian history through her roles.

"Begum Jaan was set in 1947, in which I played a sex worker. Hawaizaada was a story from 1895 when the British Raj was at is peak and now Beecham House, which harks back to the late 1700's when the British were trying to set foot in India. And mind you, the British aren't shown in a very favourable light in this production. The East India Company is shown for what it was - a group of men who pillaged and plundered and looted India."

"Indians have inherited the specificity of that trauma which is yet to be recognised by he rest of the world. It is important to recognise how history has been manipulated."

What's next for Pallavi Sharda?

"My dream now is to create my own work. I have given myself the permission to be more than just an actor", she says.

"As you say I'm a trained lawyer and my brain has been starved at times. Especially in Bollywood, they don't want to see the bright, intelligent and articulate side of you. Particularly when you have a western education, because straight away you're showing yourself to be the 'other' and I really had to shy away from that."

Men of the Indian film industry would really denigrate me for that quite frankly, and I had to shut that side of me down.

She goes on, "I am now re-empowering myself and am in the process of writing a book which will come out next year. I'm allowing my original authorship and voice come back to the mainstream because working in Bollywood was an interesting tightrope I had to walk."

Back in Melbourne for the past few months, Ms Sharda has just finished filming for the ABC production Retrograde. She plans to contribute in the space of multicultural arts here as well. 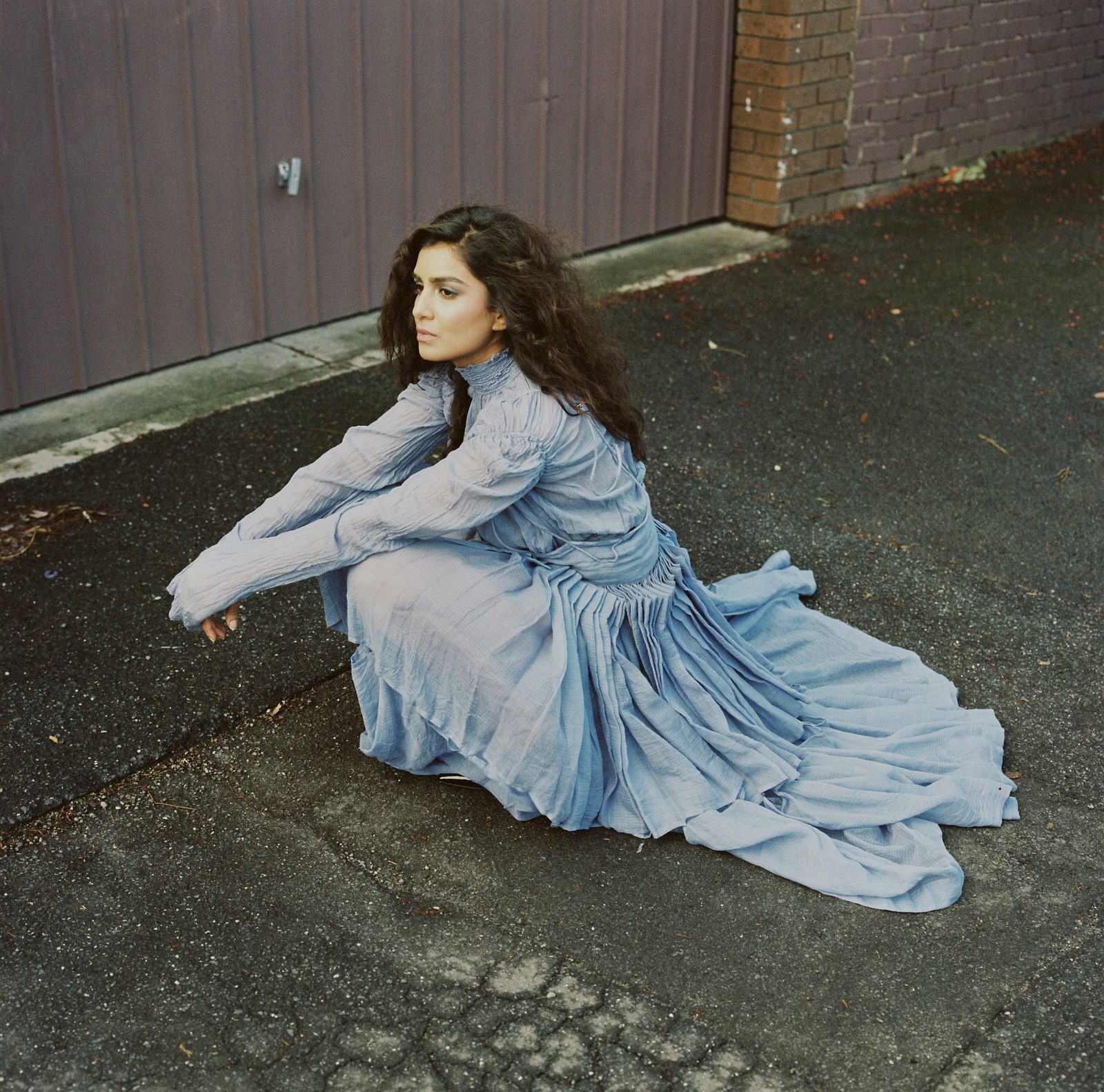 "I have risen from community arts in Australia and that's what I want to focus on, because I know how unseen and relegated we felt in that space. It was only ok for us to perform at a government function somewhere but were never regarded as mainstream," she says.

"I want to provide mentorship for young people of diverse backgrounds, and help them build their confidence. I am already providing advocacy for multicultural arts through curation and in fact on my latest production Retrograde, I have worked as a script consultant because I wanted to ensure that my character was shown as authentic."

To hear the full interview, click on the audio player in the lead image of this story.