Shobit Singh was only 14 years old when he broke Aaron Finch's record of scoring most runs in an U-15 tournament, and currently, he is a member of Australia's U-16 squad.

When Australia’s current captain and star batsman Aaron Finch set a record of hitting 300 runs in the U-15 National cricket tournament in 2005, Shobit Singh was only two years old.

Little did Finch know that after 14 years, a young Punjabi Australian from Melbourne would shatter his record.

Speaking to SBS Punjabi Shobit Singh says, “I was 14 when I broke Finch’s record of 300 aggregate runs in six games by scoring 322 with an average 64. I also broke his record of hitting 112 in one innings  as I scored 144 not out.”

This January, during Australia U-16 team’s tour of the UAE against Pakistan, Shobit was the only batsman in his team to hit a century. He hit 107 off 142 balls. Shobit Singh (left) during the UAE Series against Pakistan in Dubai.
Supplied

So did his Indian origin and fluency in speaking Punjabi, give him an edge on the tour against Pakistan?

“Yes! The experience was very good and unique. The Pakistanis would sing Punjabi songs like Sidhu Moosewala’s on the field. I was the only player in our team who could understand their language. So my Aussie teammates would often ask me what they said,” laughs Shobit, who has also played for Victoria at the Under-14 national level.

A leading sports equipment manufacturer contacted him after his myriad achievements and offered him sponsorship.

“I now wear their gear only,” says the shy, yet confident cricketer, not belying his tender age for such an achievement. 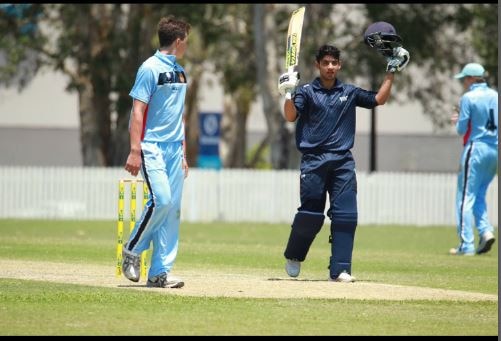 Born to Sikh parents who are dental surgeons, Shobit came to Australia as a seven-month-old baby when his family migrated from India.

He practically learnt everything, including speaking Punjabi which he speaks flawlessly, in Australia.

“Punjabi is the language of our home,” he says.

With doctors as his parents, it's hardly surprising that he has opted for biology, science and psychology in high school.

“There was some insistence from my parents to take up these subjects, but I also enjoy science,” he says, adding that cricket takes precedence over his plan to become a doctor like Mum and Dad.

“My parents and friends have made a huge contribution to bringing me to this stage. My parents have woven their life around my rigorous training. If I am unable to attend a birthday party, my friends understand. I go to school and then to my cricket training,” says this young player who is also a member of the Casey South and Mount Waverley Cricket Clubs in Melbourne.

He dreams of donning the baggy green and representing Australia in Test cricket some day.

And also being included in Australia's World Cup squad.

“I want to win the Cricket World Cup for my country one day,” signs off Shobit confidently. 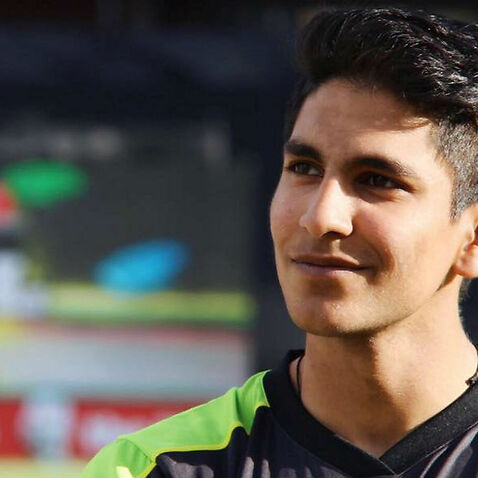 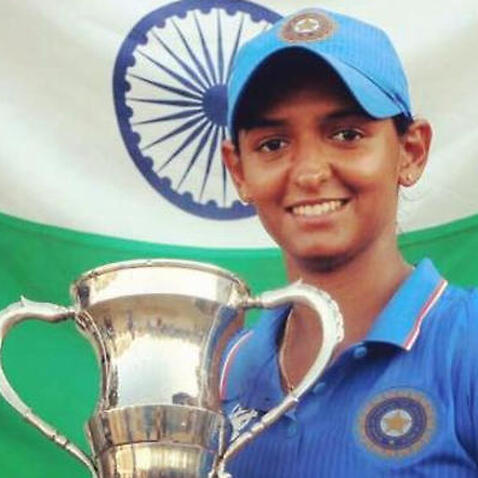