#IAmPinay: It's not too late, migrant life begins at 40

For retired solicitor Imelda Argel, migrant life started at 40 – and she lived it up well to an enviable success.

At a mature age of 40, migrants usually take considerable efforts just even to adopt  and settle to their new country, but not for Argel.

In a 25-year span, Argel showed how she did it – riskily leaving a lucrative legal profession back home, getting job rejections for lack of experience or over qualifications, studying again, then finally putting up her own law office helping out thousands of  prospective migrants  to settle in Australia while raising  a son and participating actively as an officer  in several Filipino community organisations.

She retired a few years back, bought a home in Collaroy, a rich enclave in Sydney’s northern beaches, and now does a lot of travelling and enjoying to learn new crafts.

By many measurements, her life is Australian has been nothing short of being inspirational.

“It was a struggle,   but now that I am retired and   looking back I  don’t understand  how I did  everything,” admits Argel.

“Hard work, honesty, diligence, perseverance and faith in God, ” as she describes the ingredients to  her amazing journey in Australia.

After finishing law at the University of the Philippines, Argel built up a career to be one of the highest earning corporate woman lawyers in the early 80s. But her career success did not translate into marital bliss.

“When he was courting me, everything was rosy, but right after our wedding, from day one, the marriage was already a mess.”

“I was living worse than hell” for  nearly ten years.

And to get out of the unhappy marriage, Argel who considers herself a victim of "passive domestic violence"  moved to Sydney with her eight year-old son,  risking her future.

“More than anything else, it was to give my son a new  environment,”  she shares.

Starting all over again

Imelda,  already a high-ranking executive of a multinational,  and  son  left the Philippines for Sydney  for her to  start a new  career, albeit challenging, at a relatively late age of 40 in 1988.  Worse, her legal credentials were not recognised so she had to study again for at least 18 months to adopt to the Australian curriculum.

"Despite my 15-years experience in the Philippines, I had to  start from scratch initially as a paralegal in a reputable law firm,” she admits.

But work restrictions in the private company  precluded  her to gain academic recognition.  She transferred to the public sector so she could pursue postgraduate studies.

Eventually, even armed with a postgraduate degree from a very reputable Sydney University, Argel  got more job rejections, as she was  academically overqualified with little local practical experience as a lawyer.

“It became  a big disadvantage to study again, ” she reckons.

Unperturbed,  she opened her own legal office in Surry Hills, just outside the CBD.  And slowly, it gained the trust of the Filipinos, as she got more involved in the affairs of the Filipino community. 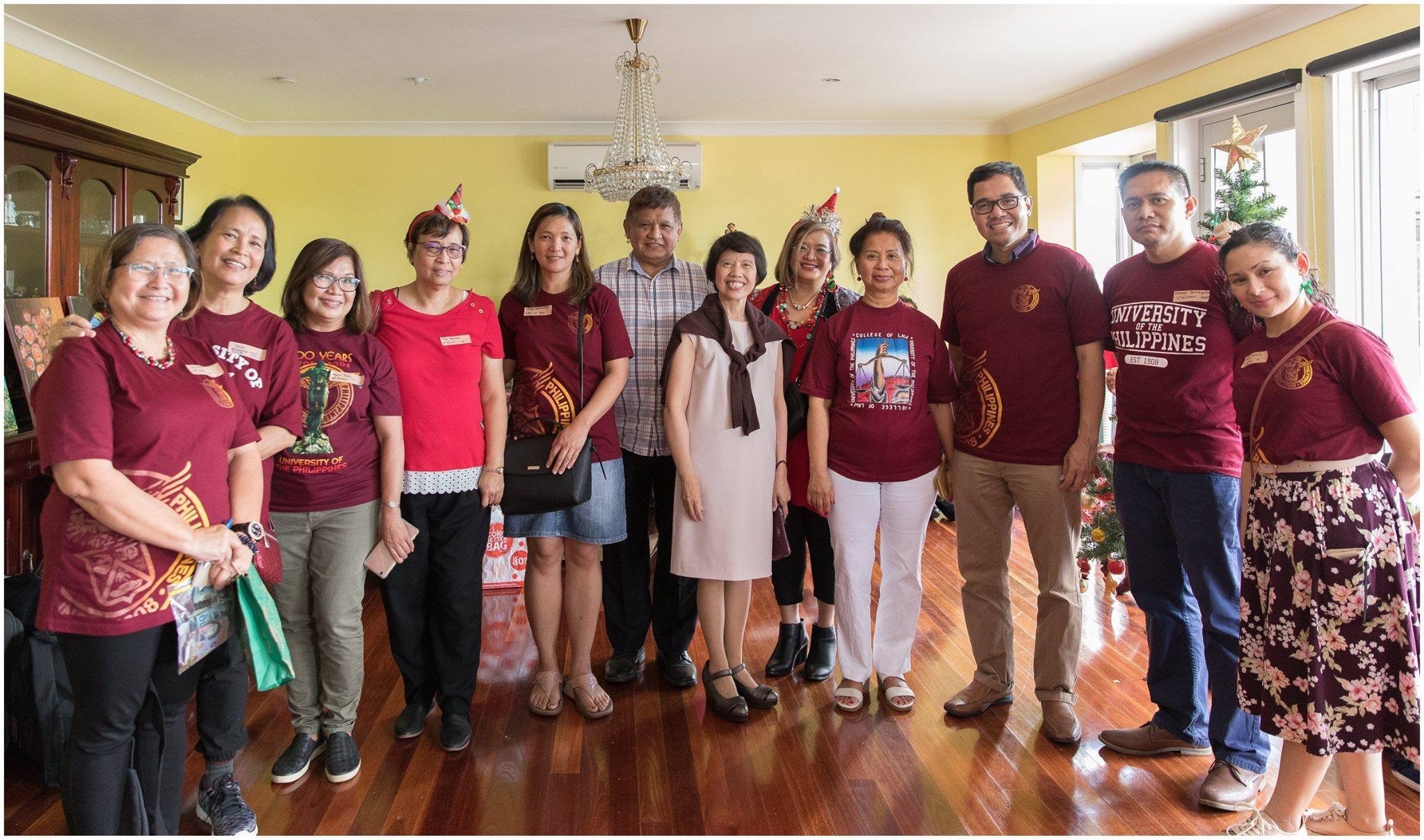 At the same time, she was juggling motherhood as a single parent. Luckily, her son turned out to be much better than what her had been hoping for.  He is now a chief financial officer of a giant global multinational.

She also found a new partner in Australia who gave her self-confidence  that “I am not a bad person.’

“I am happy that we have the same interests. We like travelling. We like ballroom dancing. Now, I study painting while he studies French lesson. And we still give space to one another.

“And at the same time , we keep what attracted us to each other.  And the most important attraction is that we are both practicing Catholics, We are both  church goers.”

“Just like made in heaven,” she jests, as  heaven is already in the midst living in  a palatial home in an expensive suburb.

“I can’t complain about God’s grace to us.” 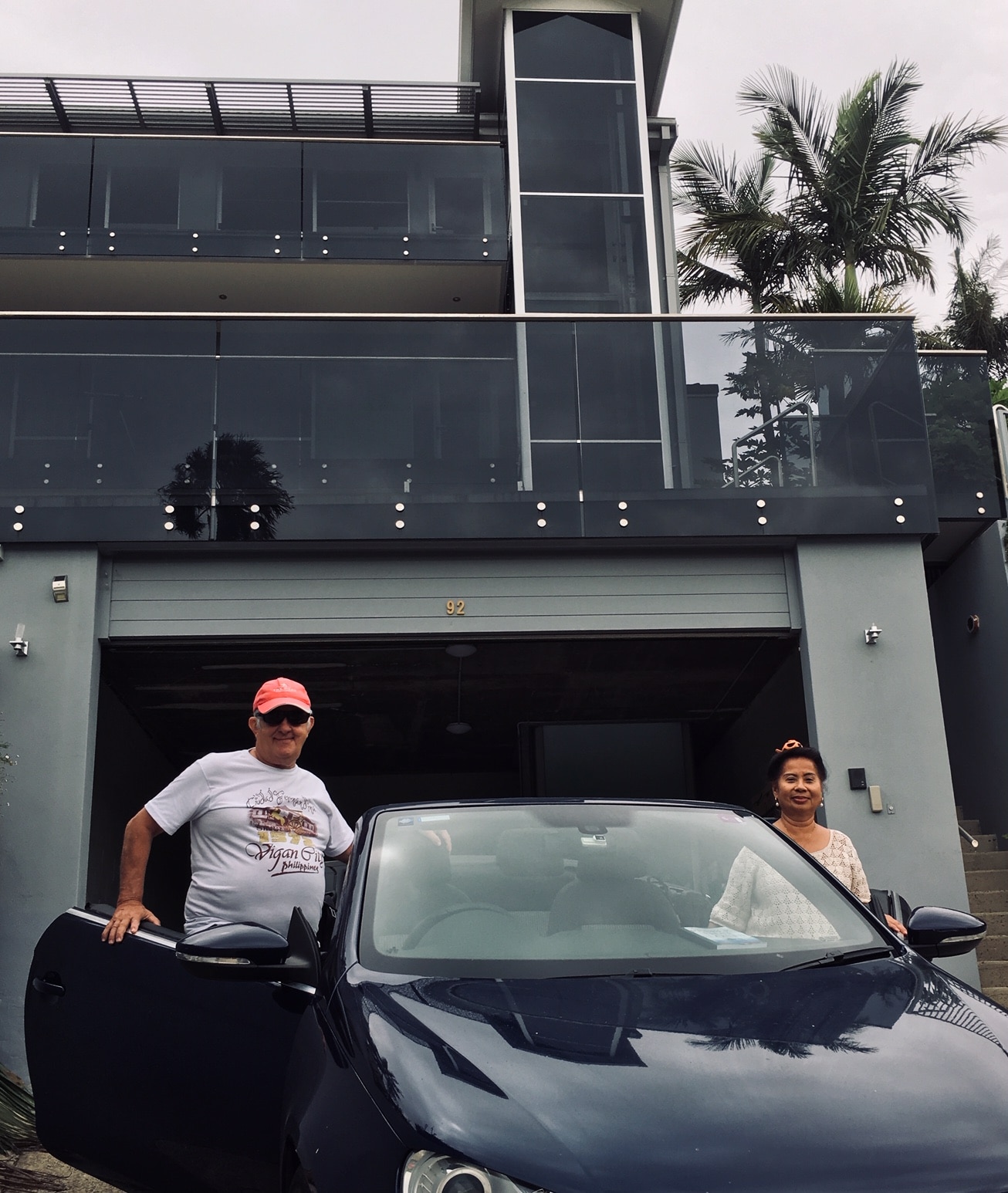 A pebble that floats

Argel now  is sharing her life experience in Australia in a memoir entitled “A Pebble that Floats,” the title came from a description of her  from a friend many years ago while both of them were having a spiritual retreat. “She said I could easily been noticed amid a sea of humanity, and I can create ripples."

Indeed, she was.  As a community volunteer, Argel became responsible for fund-raising activities and many charity works.  She was recognised for her exemplary efforts being the sole awardee from Australia of the 2012 Presidential Award (Banaag Category), for Filipino Individuals and Organizations Overseas having helped Philippine Regulatory Commission (PRC) Licensure Board Examinations be recognised as an equivalent Australian qualification. Recently, the government of  Ilocos Sur, where her family originally hailed, recognised her many achievements. Despite her achievements, Argel’s feet are still on the ground.

Her simple advice:“Whatever you like to do in life, follow it because there’s no other better profession or occupation than what you like to pursue in life,”