‘India’s economy is like a creepy uncle in the family that no one wants to talk about,’ says Kunal Kamra

Popular Indian stand-up comedian and political activist, Kunal Kamra talks about the triggers for his art and politics and the insecurities of being famous on social media.

“Till the time they’re reacting and it’s triggering them, it means the joke is totally worth making,” retorts stand-up comedian Kunal Kamra about the social media trolls that his art almost always invites.

Currently on a 17-day tour to Australia and New Zealand, the political satirist who’s known for his no-holds-barred critical take on the current Indian government talks to SBS Punjabi in Melbourne.

“I started with zero followers on all my social media accounts. If anything I express – that comes from my heart – takes me back to zero, I’m totally happy going there,” says the Mumbai-based comedian who has recently performed in Perth, Adelaide, Sydney and Melbourne.

On January 28, Mr Kamra was in the news for being “suspended” from flying with some major Indian airlines after he encountered Arnab Goswami – the editor of Indian news network Republic TV – on a domestic Indigo airlines flight.

He questioned Mr Goswami about “his journalism”, but couldn't elicit any reponse from the journalist who is often accused of having a pro-Modi approach on his television news network.

The same day, Mr Kamra had posted the video of that monologue on his social media platforms, which became the talk of India’s news and social media circles.

By January 29, he was barred from flying with not only the Indigo, but also other Indian airlines like Go Air, Spice Jet and Air India for his “offensive and unacceptable behaviour” onboard, after India’s civil aviation minister, Hardeep Singh Puri “advised” them to do so.

We are left with no option but to advise other airlines to impose similar restrictions on the person concerned. https://t.co/UHKKZfdTVS

The matter is sub-judice in India’s courts.

Whereas many lauded the comedian for taking on Mr Goswami who is known for his interrogative-style news shows, some criticised Mr Kamra for heckling the journalist while questioning him for doing the same on TV.

“I approached him thrice without the camera but he declined my request. Also, he has named me on his show and asked me where I was hiding. That is enough confrontation,” asserts Mr Kamra.

Following his suspension by four Indian airlines, he had announced this international tour on social media in February. Many people jokingly enquired from him how he’ll manage to fly out of India after so many bans.

'Creepy uncle in the family'

Mr Kamra, along with many other prominent stand-up comedians of India today, has taken a firm position against the Indian government on several fronts, especially the controversial Citizenship Amendment Act.

The introduction of CAA, says Mr Kamra, is only a “diversion tactic” by the Indian government which is currently faced with economic challenges.

“Our economy is in the doldrums and everybody kind of knows this but nobody is talking about it. It’s like the creepy uncle in your family… everybody knows it but nobody really addresses it,” he says in his satirical style.

Click on the player in the picture at the top of the page to listen to this podcast in English. Indians in Sydney speak for and against India's controversial citizenship law 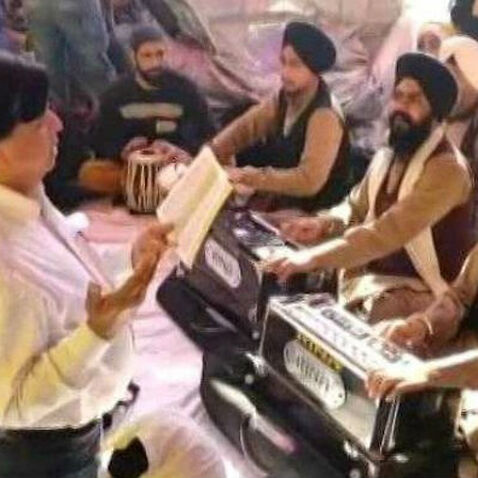 ‘We are one’: Outpouring of interfaith solidarity in the wake of CAA protests in Delhi