Melbourne-based Lucky Verma is desperate to recover an amount of $25,000 that he invested in a new form of cryptocurrency called Tyrocoin.

Mr Verma claims that the coin was never listed on the cryptocurrency-exchange which makes him think that it was merely an ‘illusion that never really existed’.

“They assured us that it will soon be trading in the market, but that never happened,” he said.

“It was all based on trust. The promoters were from within our own community and they convinced us about big returns on these investments.”

Mr Verma claims says several Australian Indian families across Melbourne and Sydney invested in this cryptocurrency, only to lose millions of dollars.

“I am in touch with at least twenty people who are now in the hunt for hundreds of thousands of dollars that they lost through this so-called investment scheme,” he added.

“And this may just be the tip of the iceberg. We estimate there may be over 100 families across Australia and god knows how many in India, who have suffered losses adding up to millions.”

Screenshots of investment plans of Tyrocoin as provided by Mr Verma.
Supplied

Mr Verma explained that the system acted like any other ‘crypto Ponzi scheme’ where existing investors are convinced of ‘huge financial gains’, provided they get more people to join the system.

“I was told in a meeting in southeast Melbourne that if I invest in a basic plan of $8,400 then I may benefit up to $35k to $40K within the first six months.

“I was assured that the financial market falls will not affect the rise of Tyrocoin. They convinced me that the company has a very different strategy for investors and has multi-layer protections through the stock exchange.”

Mr Verma said once he became confident of the ‘false-returns’, he convinced at least three more families to make investments that further cost them thousands of dollars*.

I feel sorry for them. It was not only the money but their friendship and trust that I lost.

“Most of these dealings were in cash and we would never be able to know how much these people lost and how it impacted their lives,” he added. Promotional flyer of Tyrocoin as supplied by Mr Verma.
Supplied

Mr Verma said that by the time he checked its validity, it was already ‘too late’.

“For two years I asked them when my plan would start giving returns. They often said they would check with their head office in London, but later when I crossed checked even the office building did not exist.”

Mr Verma feels that the worst part was that he was lured into this scheme by his own people.

“They are white-collared businessmen…. They are our friends and relatives who we trusted, only to be betrayed,” he said.

“Now they even refuse to talk to us. They have deleted all the videos and investment plans from Facebook and WhatsApp groups, and even the website doesn’t exist anymore.” Mr Verma has since launched a complaint with the Australian Cyber Security Centre (ACSC) and has also contacted Victoria Police to investigate the matter.

He now aims to find more people who could join him to file a legal suit to recover their hard-earned money.

“We have formed an action group on WhatsApp. We know these people lured us into this murky world of cryptocurrency Ponzi schemes, and we aim to hold them accountable through the course of law,” he said.

People often make bad choices, but don’t speak up afterwards because they are afraid of being mocked by friends or on social media.

"But we shouldn’t suffer in silence after losing so much money. I feel we must join hands and hold the people who lured us accountable.”

*SBS Punjabi has independently verified these claims with at least three Melbourne-based families. Know the man behind one of world's biggest financial scams 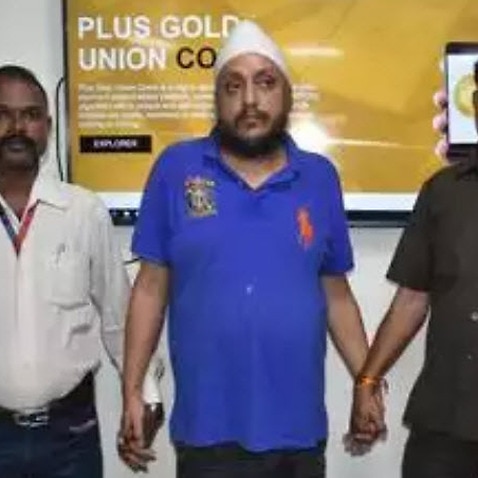