Every athlete dreams of pursuing his or her sport to win a medal for their country at the highest level. One of those athletes is long distance ice skater Vishwaraj Jadeja, whose goal is to put India on the medal tally of the Olympics Games.

To achieve his dream, the 33-year-old skater from Ahmedabad in the state of Gujarat in India trained hard in the cold breeze of his home in the Netherlands, thousands of kilometres from home.

Recently Vishwaraj came into the limelight by registering an unofficial world record by performing a five-kilometre distance ice speed skating at Lake Tso Moriri in Leh, which is in the Indian state of Jammu and Kashmir. Lake Tso Morri is one of the highest frozen lakes in the world at an altitude of 4,500 metres. 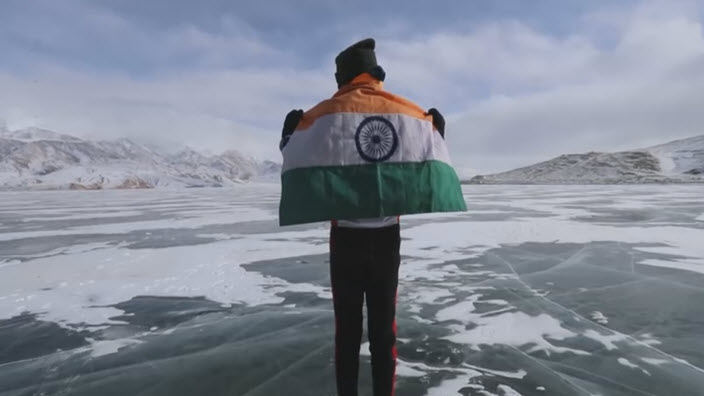 How did Vishwaraj achieve the feat?

Vishwaraj was practising hard for the 2018 Winter Olympics, but he injured himself before the qualification phase, and his dream of representing India in the Winter Olympics got shattered.

Remembering those hard days, Vishwaraj Jadeja told SBS Gujarati: "It was my childhood dream, but one injury had ruined my hopes of hoisting the Indian flag at the Winter Olympics. I was pretty disappointed, but one of my friends came up with a unique idea and suggested to try ice skating in the Himalayas."

"His suggestion made a massive impression on me, and I began exploring the opportunities and challenges of skating at the world's highest frozen lake".

During his adventure at an altitude of 4,500 metres, Vishwaraj Jadeja was assisted by local guides and by the Indian army who supported him and provided guidance about the Lake Tso Moriri.

"I always wanted to explore ice skating in the Indian landscape. As we live in a country where such sports do not attract more skaters, I hope my record help me build awareness and engage more participants from India into this sport," he said.

Many records to his name

Vishwaraj Jadeja has proven himself a master of the sport. He holds many records at various levels including 13 national records, fastest Indian on the 3,000, 5,000 and 10,000-metre long distance speed skating races.

He also participated in the 2017 Asian Games over all distances and has completed more than 200 races for India. 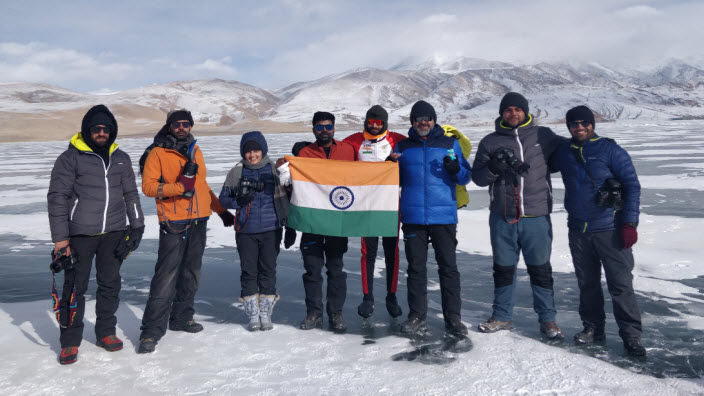 While most Indians look at the Netherlands as a vacation destination, Vishwaraj arrived in the country with dreams in his eyes.

Vishwaraj said, "When participating in the World Championship in Spain, one of the leading newspapers published an article about my struggle and search for a coach. I then met Wim Nieuwenhuizen, my dream coach.

"I still remember his words; he said: If you can travel to the Netherlands for your passion, then I am ready to coach you".

Currently, Vishwaraj is training hard for the Winter Olympics in 2022. He will also take part in other international tournaments like the Master World Games 2020, the World Winter Games and the Asian Winter Games in 2021 to bring glory to India.