Indigenous art from ancient times showcased in 3D at the NGV

Marking Time, is an exhibition at the NGV looking at Indigenous art from ancient times until now also exploring different surfaces, forms and expressions.

The National Gallery of Victoria (NGV) has launched a five-part Indigenous Art video series, as well as a 3D exhibition showcasing Indigenous art – from traditional to new, from temporary to more permanent marks.

Visitors to the online exhibition can explore the unique stories behind the artworks with Judith Ryan AM, senior curator of Indigenous art at the NGV.

“Marking Time: Indigenous Art looks at the persistence of images, signs or text painted or drawn on a range of surfaces in Indigenous Australia, from ancient times until now,” Judith Ryan AM explained in a yarn with NITV Radio.

Due to current bio-security restrictions the doors of the NGV will remain closed to the public until at least June 30, but it is still possible to explore the captivating First Nations creations in the Marking Time Indigenous art exhibition as an online video series.

In this virtual series, Judith Ryan AM takes the viewers through different rooms, explaining the meaning, the background and the significance of the items displayed.

The impulse to draw and make images and symbols is deeply embedded in Indigenous cultures throughout the world and is fundamental to the human experience.

Each room exhibits not only the art, but also represents the era. And, throughout the exhibition, visitors can see the revolution as well as the transformation that Indigenous art has undergone in the past decades.

Each room brings stories behind the artwork with Judith Ryan explaining in each video the revolution brought about by this art.

In the first room, visitors can admire art on bark in which traditional Indigenous colours were used. As Judith Ryan explains, the second room represents a momentum of change in Indigenous arts allowing visitors to experience the symbols that were transferred from temporary ritual paintings.

The colourful display is truly captivating…and so is the story of the artists, who lived away from their homes in a government settlement.

The role of this art was crucial, not only for the senior artists to hold onto their culture and pass it on to their children, but also to demonstrate to the non-Aboriginal people the rights for Aboriginal to remain on Country.

The third room has a very different atmosphere showing viewers how artists – both self-taught and studied – use modern art forms and modern language.

Here, one can see fluorescent lights and modern technology rather than bark and traditional colours but, as Ms Ryan explains, the symbolic carries through.

The room with women’s art has a strong significance and can be described as a revolution on its own. Judith Ryan highlights how it is only recently that Indigenous women made their way to the art-scene .

“We held a huge exhibition in 1981 called Aboriginal Australia, three hundred and eighty-one works; I worked at this exhibition for 3 years. There was not one work in that exhibition by a woman,”  Judith Ryan recalls.

Ms Ryan also sees the fact that art is now available online and also in 3D as another revolution as people from all over the world can see and experience Indigenous art. 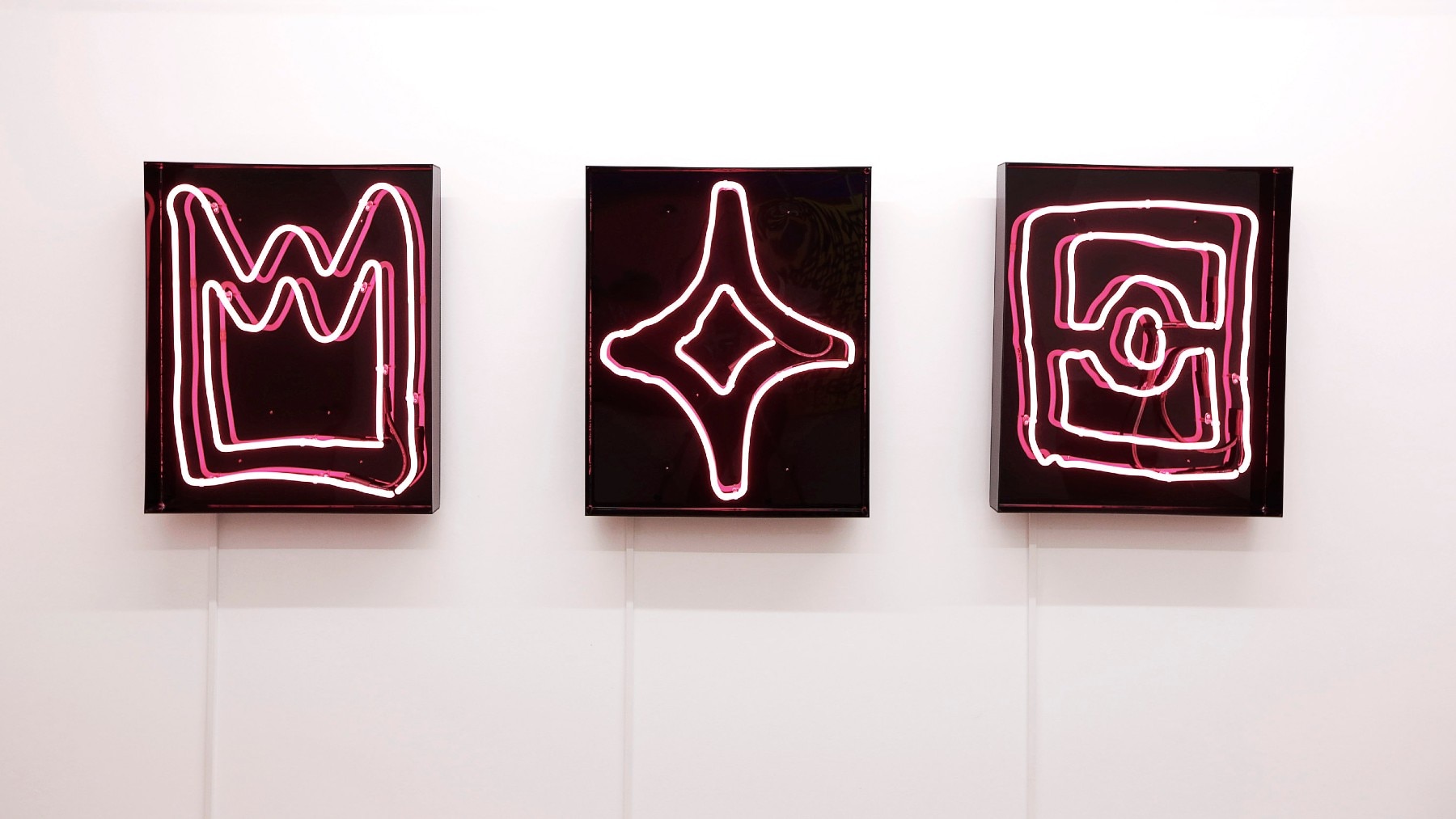