Australian Prime Minister Scott Morrison has expressed his 'deepest sorrow' to the president of Afghanistan, Ashraf Ghani, after the release of a damning report into alleged war crimes by Australian special forces in Afghanistan.

After a four-year investigation, a highly redacted report by Justice Paul Brereton into alleged war crimes by Australian special forces in Afghanistan has been released.

It has found credible information to substantiate 23 alleged war crimes: including killings, abuse, and cover-up committed by Australian soldiers.

In the report, Justice Brereton describes the 57 incidents investigated as "possibly the most disgraceful episode in Australia's military history". The report recommends that 19 Australian soldiers be referred for a criminal investigation over the murder of 39 Afghan civilians, including adolescent boys and prisoners.

The incidents happened between 2005 and 2016, not in the heat of battle and with the soldiers involved having knowledge of international law on warfare and war crimes.

Junior soldiers were forced into so-called "blooding" exercises, which involved shooting prisoners to get their first kill.

And weapons were placed by Australian soldiers near the bodies of victims as part of efforts to cover up what happened.

Support and counselling services in Australia for veterans and their families are available:

Open Arms provides 24-hour free and confidential counselling and support for current and former ADF members and their families 1800 011 046 or www.openarms.gov.au

Soldier On is a national support services provider for Defence personnel, contemporary veterans, and their families. Contact during office hours 1300 620 380 or https://soldieron.org.au/

Safe Zone Support is hosted by Open Arms but is a separate service and can be reached on 1800 142 072 or https://www.openarms.gov.au/safe-zone-support Australian Defence personnel recalls the challenges of serving in Afghanistan 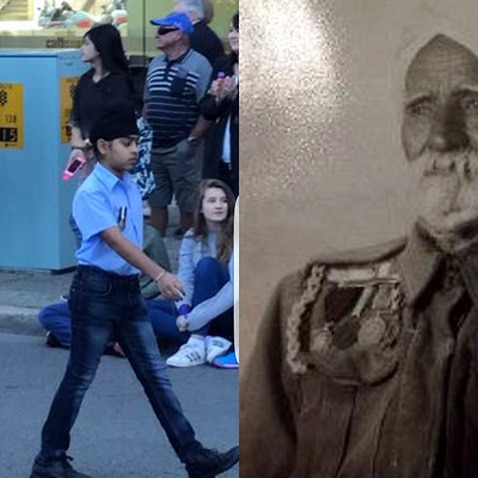 Remembering the unsung heroes of Gallipoli: A tale of battle, bloodshed and bravery