As the Covid-19 pandemic rages on, another global health crisis that's largely avoided the spotlight of late has reached a significant milestone. It's four decades since HIV was first discovered in the United States, before spreading across the world, including to Australia. While the outcomes for those diagnosed with HIV/AIDS have drastically improved, many say similar to Covid-19, it's become an issue of health inequity.

And it largely worked.

Around 8000 Australians have died of HIV, of the estimated 36 million global fatalities since the first case was detected.

Mr Keane says while treating HIV now is as simple as taking one pill per day, not everyone is aware.

He says education with multicultural communities is paramount in Australia to make sure everyone is informed.

The number of people diagnosed with HIV in Australia is at an all-time low.

According to new data released by The Kirby Institute at The University of New South Wales, there were 633 new HIV diagnoses in 2020, a decline of 30 per cent on the year before.

But nearly half of the new cases are considered 'late diagnoses', meaning the person has had the infection for four or more years without knowing it.

Dr Sarah Garner, a medical microbiologist from Dorevitch Pathology, says this is concerning.

So we still have people turning up at the hospital that is really sick, when we do an HIV test it's positive and we find out that their immune system is really low. And for a lot of those people when they're admitted to hospital, they may have three or four other conditions.

Click on the player at the top of the page to listen to this information in Punjabi.

SBS is committed to informing Australia’s diverse communities about the latest COVID-19 developments. News and information is available in 63 languages at https://www.sbs.com.au/language/coronavirus 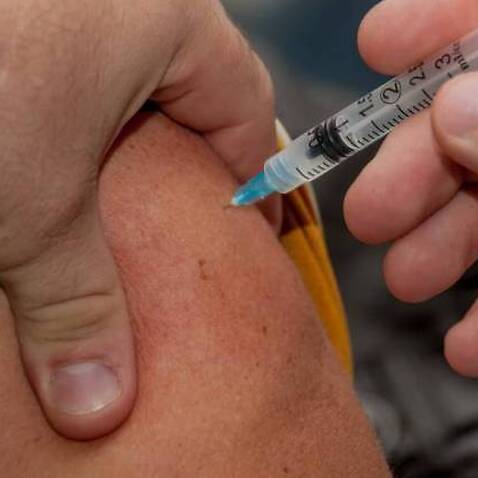