Mr. Asato Philip Tanaka is a father of Kanga, a 12-year boy who has cerebral palsy and intellectual disability. 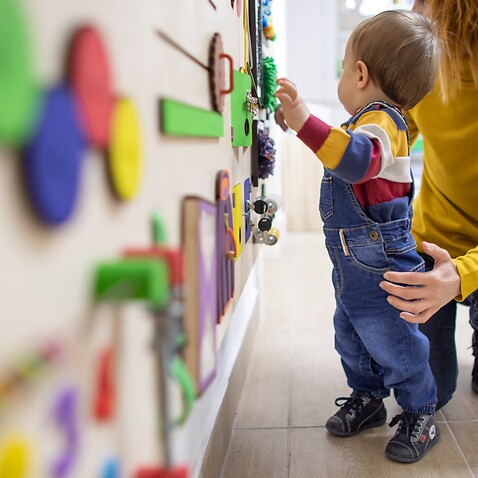 Kanga Tanaka is in a Cogy pedal wheelchair in Sydney. Cogy wheelchair was developed in Japan, and it became commercially available for children in 2019.
Asato Philip Tanaka

Mr. Takaka is a Sydney-based Jeweller and he was born and raised in Australia.

Mr. Tanaka lived in Tokyo for a while but the family decided to come back to Australia eight years ago, when Kanga was about 4 years old.

Kanga was diagnosed when he was 1 year old in Japan.  Mr. Tanaka said that the family tried to build the best possible environment for Kanga, using the disability services in Japan.  But it didn't go as they hoped.

This month, Mr. Tanaka and his son Kanga are participating in 'Roll On October', a fundraising event hosted by Wheelchair Sports NSW/ACT.  Mr. Tanaka is trying to achieve two goals through this fundraising, to promote and support disability sports and to introduce Australia's disability welfare system to Japanese people through social media.

"I think Japan is so good at tangible initiatives such as improving infrastructure and welfare technologies like robots.  But, the awareness among people towards disability is not catching up," Mr. Tanaka said.

"In that regard, some say that Japan is 20 year behind."

Kanga is participating in Roll on October as a member of a team named The Cogy Champions.  Cogy is a pedal wheelchair developed in Japan, and two members of the team - Kanga and Seher - enjoy using it.  Cogy became commercially available recently for children, in 2019.

"Almost no one uses it in Sydney.  It's not widely known even in Japan," Mr. Tanaka said.

"We have wheelchairs, powered wheelchairs, and walkers as means of transportation.  In order to expand the option, I'd like to let more people know about Cogy." 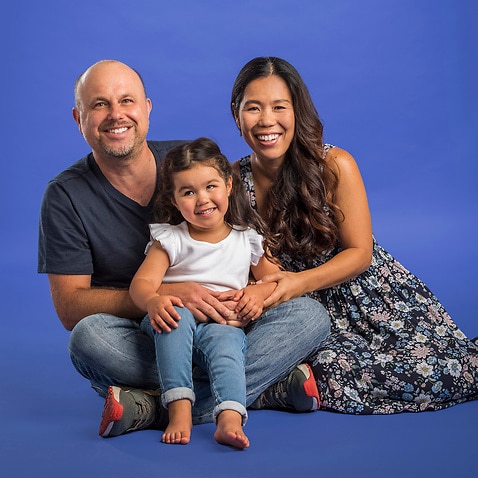 Let's see rainbow and dolphines together one day, a wish from a Japanese mum