Indian literary luminary Khushwant Singh was born in Hadali, now in Pakistan. His friend Mohammad Asad Ali Bhatti shares some of his fondest memories, including how Mr Singh’s ashes found their way to his native village and now remain preserved for posterity.

After initial schooling in his native village, he studied in prestigious institutions in New Delhi, Lahore and London, going on to practice law at Lahore High Court.

After the partition of India in August 1947, he moved to Delhi, becoming a decorated writer, historian, author and columnist. 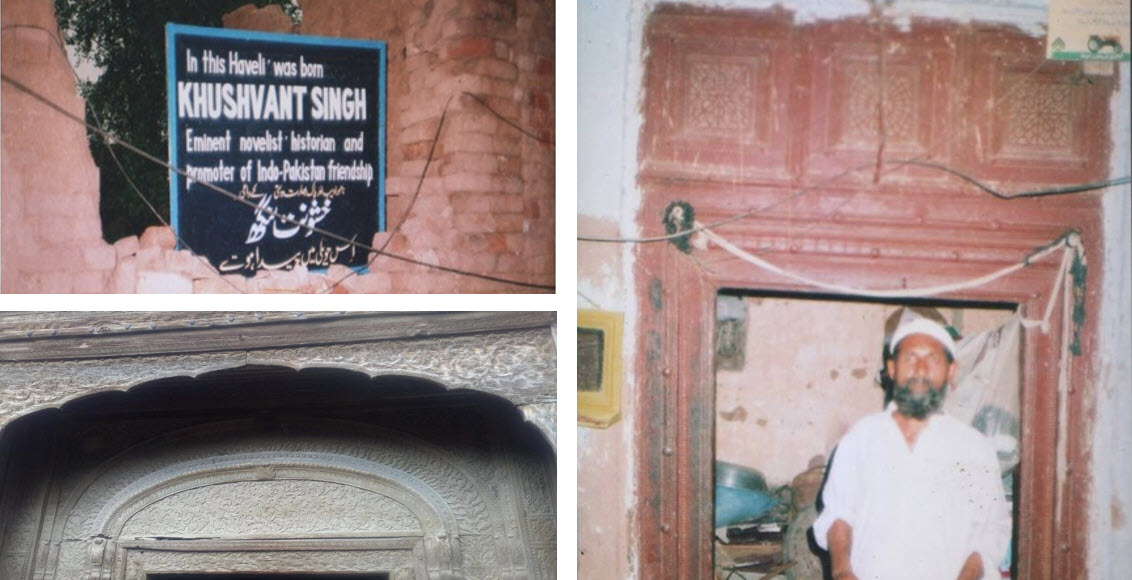 Khushwant Singh was born in this haveli [House].
Supplied

Hadali resident Mohammad Asad Ali Bhatti, who himself is an established Pakistani writer tells SBS Punjabi that he started communicating with Mr Singh after learning that they both ‘belonged’ to the same village.

“In my first letter I shared my love and respect for him, and I also told him about my admiration for his novel Train to Pakistan.

“Mr Singh would often reply back, and in his letters, he used to convey his love for his native village,” he said. Khushwant Singh studied in this school in Hadali, District Khushab, Punjab during his early childhood.
Supplied

When Mr. Bhatti visited Chandigarh about twenty years ago, he had a very 'emotional' meeting with Mr Singh.

“We both got emotional... Such was the connection of our motherland. He gave me a very warm hug and we were literally in tears,” he said.

“After partition, Mr Singh's family migrated to India. The sorrow and grief of being separated from his native place were often reflected in his words.”

Mr Bhatti recalls that on March 20, 2014, when his son was getting married, he received the news of Mr Singh's death.

"It was supposed to be a happy day. But my happiness turned into grief," he said. 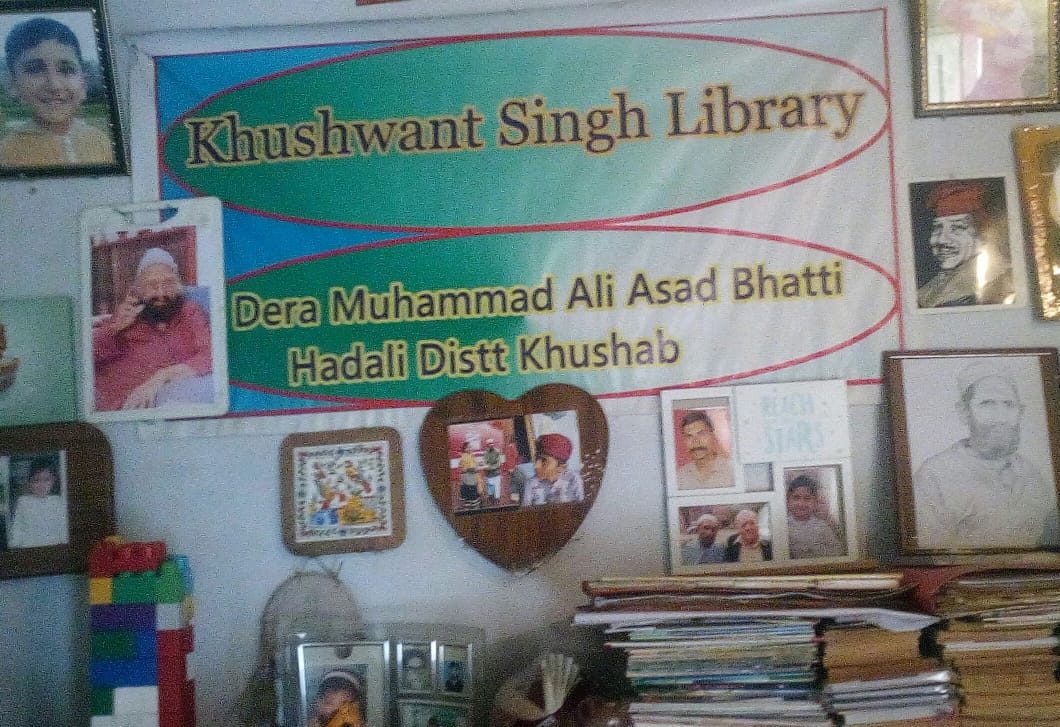 Mr. Bhatti said that he and his associates had also conducted ceremonies dedicated to the memory of Mr. Singh.

“It was our duty to put his soul to rest. He was the son of Hadali,” he said.

Mr Bhatti said that in his will, Mr Singh wanted a portion of his ashes to be taken to his birthplace, Hadali.

“Our friends had brought his ashes and a marble plaque bearing his name from India. We did not want any religious issues to come our way, so decided against making a samadhi as a final resting place.”

“Instead, we had his ashes mixed with cement and sand, and used it to stick a marble plaque bearing Khushwant Singh’s name on the school wall where he was once a student during his early childhood.” 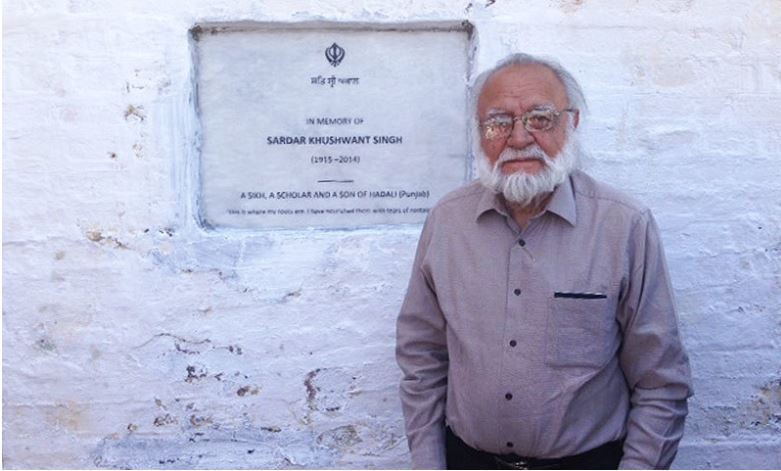 Rahul Singh in front of the plaque fixed on the school in the village Hadali where their father Khushwant Singh studied about 90 years ago.
Photo Courtesy of F.S. Aijazuddin

Khushwant Singh, who was known for his sharp wit and love of poetry was never shy of courting controversy.

He got his first job as a journalist at All India Radio in 1951 after which he spent the rest of his life editing journals, writing novels, and political commentary.

As a renowned writer, much of his fame came from his column 'With Malice Towards One and All', which was syndicated in dozens of languages.

He remained in the spotlight for his novel ‘Train to Pakistan’, which dictates the harrowing tale of events that took place during India’s partition in August 1947.